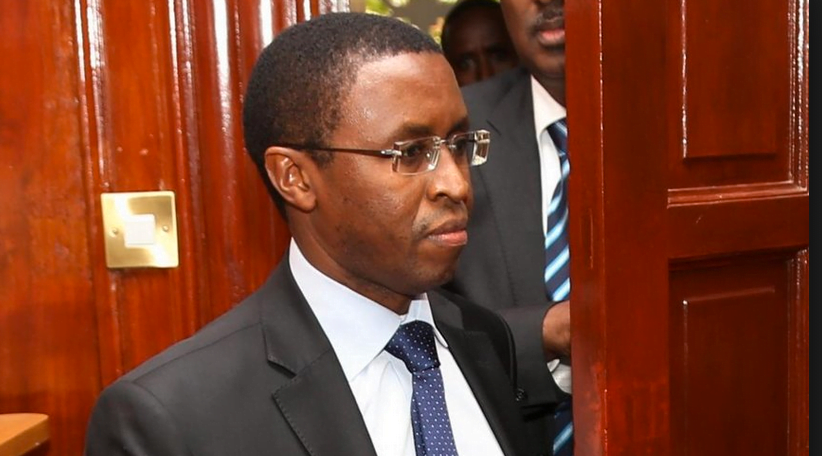 Ethics and Anti-Corruption Commission (EACC) Deputy CEO Michael Mubea was confident that he would be the EACC CEO with the exit of toothless CEO Halakhe Waqo who retired after messing up EACC.

But a damning dossier that was prepared by NIS and sent to the EACC board through anonymous channels messed up his silly dream. According to insiders from the EACC Board,149 brave Kenyans submitted their petitions on Mubea. To make the matters worse, Mubea is the only candidate they received complaints about.

The NIS confidential casebook on Mubea reportedly left EACC board members in a state of shock and disgusted by the underworld actions of their Deputy CEO. They had no choice but to pass him over.

His unsuitability to head the EACC secretariat was further enforced by the same privileged intelligence dossier, that among others reasons, mentioned Mubea and outgoing CEO Waqo in the fraudulent purchase of Integrity Centre an inflated cost of Sh1.5 billion.

It also emerged by leveraging on his position as acting CEO, Mubea was intentionally forestalling an investigation into several high-profile corruption cases without any substantive reason.

But the writing should have been on the wall for Mubea and company. First, they abetted corruption that they were meant to investigate and prosecute, compelling President Uhuru Kenyatta to order Treasury to slash EACC annual budget in the current financial year to Sh2.9 billion down from more than Sh4 billion the previous year.

Being privy to intelligence reports, the president also systematically gave the responsibility of investigating grand corruption to the DCI as opposed to the EACC which is an independent constitutional commission specifically created

But Mubea’s interview for the CEO’s job backfired spectacularly. The process was worsened for Mubea since the dossier not only denied him a job but now also unexpectedly may lead to criminal charges against him.

For starters, according to NIS, the imposing building which serves as the EACC national headquarters is actually owned by Mubea and Waqo through a proxy.

Through Adan, Mubea accumulated an impressive wealth portfolio that is held in trust by several lawyers, family members and other third parties.

According to the intelligence dossier, Mubea recently received bribes from former Nairobi Governor Evans Kidero amounting to Sh50 million to influence investigations by EACC into the former governor’s alleged corrupt dealings yet still went ahead and ordered his arrest so as to extort more money from Kidero’s wife Susan. 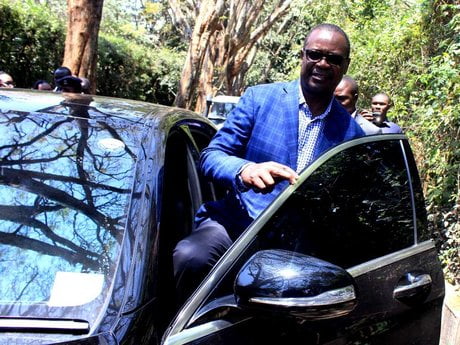 Part of the reason President Uhuru Kenyatta gave more priority to DCI to investigate graft was because of Mubea’s and Waqo’s dismal record in prosecuting corruption.
 
The intelligence dossier which came with phone call transcripts, images, bank statements and other damning evidence, is said to have shocked EACC board forcing it’s Chairman Eliud Wabukala to suggest that it be handed over to Directorate of Criminal Investigation to complete a probe with a view of charging Mubea in court.

In the Sh1.3 billion Tokyo Embassy scandal, Mubea and EACC collected shoddy evidence which eventually led to the collapse of the case against former PS Thuita Mwangi. The beleaguered PS was hounded out of the office to take the bullet for Mubea’s former boss and then Foreign Affairs Minister Moses Wetang’ula.

The intelligence dossier suggested Mubea covered for Wetang’ula and sacrificed Thuita in a case in which the property was bought at an inflated cost which saw Kenyan taxpayers lose about Sh185.5 million in the purchase.

In another interesting twist contained in the dossier, Mubea’s friend Adan introduced him to Majority Leader Aden Duale who in turn took him to the DP with whom they agreed in principle no corruption case would be brought against him, his family members or associates with Mubea at the helm of the EACC, with the recent NCPB scandal being a case in point in which Mubea openly shielded DP William Ruto.

The report also brought to light several other corruption files Mubea has been sitting on including some linked to prominent drug barons at the coast.

Mubea is reportedly shielding the then Managing Director Tom Odongo by forestalling an investigation into the bungling of these projects by NSSF resulting in the state having to pay billions of shillings in penalties to Chinese contractor Jiangxi International (Kenya) Limited.

The dossier also noted that Mubea has been using junior intelligence officers based at KLIF, Nairobi business park and in particular a Symon Nyaga Mutembei to frame senior officers at EACC on bribery claims. They go as far as registering lines in the name of EACC officers and demanding bribes using them so as to frame them.

One EACC officer that cnyakundi.com spoke to confirmed that the colleagues Mr Otiko, Khalid and Capt Kemboi are examples of senior officers affected. Mubea, through Mutembei and a Philip Kapkai and Victor Muthanga opened and operate a shell company which is allegedly based in Lavington to misappropriate millions of shillings from the Investigation Directorate.

The company is allegedly called Mutesa investments ltd. We are talking of over 400 million a year for the last three years. So in total, we are talking of over 1 billion being laundered and misappropriated by public servants. In fact, the three officers live like kings and they should be subjected to a lifestyle audit, the damning dossier alleges.

The dossier also notes that Mubea attempted to front his wife, Susan Mubea who works at KRA to head the intelligence function there. Since the KRA board declined her appointment and had a senior NIS officer seconded to that function, Mubea did not take it well and has since influenced the recruitment of Philip Kapkai(his foot soldier at EACC) to be appointed the head of intelligence.

The damning NIS dossier also intimates that Kapkai did not apply for that post. In fact, Mubea, through a Mr Tera Saidimu of KRA influenced his recruitment. The dossier also accuses Mubea of blackmailing Saidimu that he was going to arrest his wife who works as a chief officer – lands Samburu county for a series of corrupt practices.

The dossier notes that his wife has amassed a lot of wealth for the few years she has worked with the county of Samburu.

It remains to be seen when Mubea shall be submitting his resignation to the EACC Board Chairman but observers say his continued stay at EACC is currently deemed as untenable.

As at beginning of last week, he was reportedly contemplating quitting his high-profile post after it became apparent his continued stay was no longer tenable after the Board settled on Twalib Abdallah Mbarak to be next CEO as EACC.

It was an embarrassing vote of no confidence by the Board to Mubea. What delays his next move, for now, is that political pressure from those he protects is forcing him to stay on. They worry that once outside the EACC, Mubea ceases to be useful since would have lost control to influence any case against himself or his political godfathers.