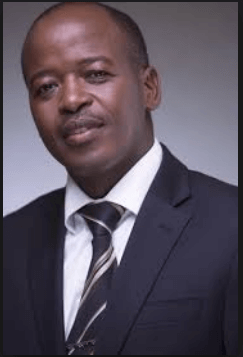 The above mentioned is a lawyer in the corporate world. Some weeks back, his nude pictures caused a buzz on social media and on telegram. After a while, the photos were pulled down. I have attached some of them (see the link that had his pics)
https://kenyannews.co.ke/entertainment/wilfred-stop-sending-nd3-pics-of-your-huge-anaconda-to-young-ladies-and-asking-them-for-s3xifikiebibi-photos/
However, you may be interested to know that this chap has been implicated in fraud, which was shut down after a deal was made ( Cyprian Nyakundi will probe the mentioned cases). Please see links below:
https://www.businessdailyafrica.com/corporate/Two-bank-executives-thrown-into-custody-over-alleged-forgery-/539550-1425536-5jn4exz/index.html
https://www.businessdailyafrica.com/corporate/Attempt-by-Ecobank-officials-to-stop-forgery-case-dismissed-/539550-1435646-vywgvq/index.html
https://mobile.nation.co.ke/news/Ecobank-Property-Nairobi-Dispute-Court-Case/1950946-2670946-format-xhtml-3dh46c/index.html
The above is something he was known for even when he was in Credit bank. This is an example of the rot that is in the Kenyan corporate world..this chap was also dismissed from DIB Bank because the CBK stated he was not fit and proper to be head of legal
He is known to cheat women with fake job offers in order to remove their panties
Would you like to get published on this Popular Blog? You can now email Cyprian Nyakundi any breaking news, Exposes, story ideas, human interest articles or interesting videos on: [email protected] Videos and pictures can be sent to +254 710 280 973 on WhatsApp, Signal and Telegram.