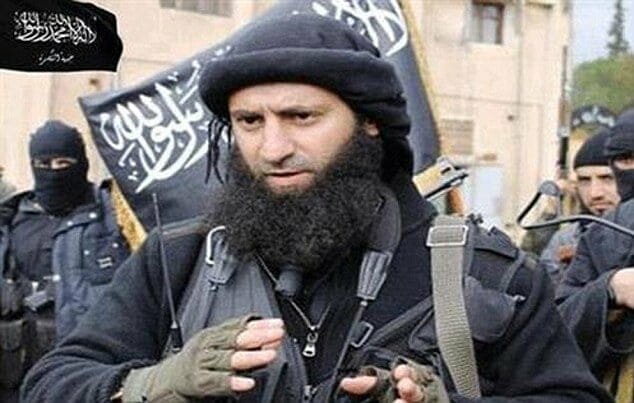 AMMAN, Jordan — The father of an air force pilot appealed for King Abdullah of Jordan on Wednesday to free a female suicide bomber in exchange for the release of his son by Islamic State militants, in an unusually public outpouring of anger toward the Jordanian authorities.

The father, Youssef al-Kasasbeh, broke weeks of silence, requested by government officials, to make the demand at a demonstration calling for the bomber, Sajida al-Rishawi, to be exchanged for the pilot, First Lt. Moaz al-Kasasbeh.

The move was prompted by concern that the Jordanian authorities were instead considering trading Ms. Rishawi for a Japanese journalist also being held by the Islamic State.

A video attributed to the extremist organization that was made public Tuesday featured an appeal from the journalist, Kenji Goto, for Ms. Rishawi’s release in exchange for his own. Mr. Goto said that both he and the pilot would be killed otherwise, but he did not indicate whether the extremists had proposed releasing the pilot as well.

Ms. Rishawi was one of four suicide bombers who attacked three hotels in Amman, the Jordanian capital, in 2005, killing more than 57 people; her explosive vest did not detonate, and she was soon captured and later sentenced to death.

“Who is Sajida to us?” Mr. Kasasbeh said Wednesday at a demonstration of several hundred supporters of his son. “Sajida is a burden on us, let them release her. I am asking for the release of Sajida and all the prisoners and the return of Moaz to us. Keeping her in prison is a burden on us.”

Mr. Kasasbeh’s wife, who declined to give her name, also spoke. “When he joined the air force I expected him to defend Jordan, but not to go fight in another country,” she said of her son. “This is not our business being there.”

Many of the demonstrators shouted slogans critical of the government and of King Abdullah, and while such conduct has led to arrests in the past, the authorities stood by without intervening. The protest began late Tuesday night and continued into the early morning hours, when Mr. Kasasbeh made his comments.

Lieutenant Kasasbeh comes from a prominent family and a large tribe from the central Jordanian city of Karak. Jordanian officials were concerned enough about his relatives’ reaction that King Abdullah visited them a day after the pilot’s capture, which was on Dec. 24.

The pilot is the first prisoner from the American-led coalition to have been taken by the Islamic State since the coalition began carrying out airstrikes against the organization. Jordan is one of four Arab countries participating in such strikes in Syria.

Based on Mr. Goto’s statements in the video posted Tuesday, the deadline to reach a deal was set to expire Wednesday afternoon, Jordanian time. “I only have 24 hours left to live, and the pilot has even less,” Mr. Goto said in the video, which was posted on Twitter accounts used by the extremists, according to the SITE Intelligence Group, which monitors jihadist organizations. “Any more delays by the Jordanian government will mean they’re responsible for the death of their pilot, which will then be followed by mine.”

As recently as Tuesday afternoon, Mr. Kasasbeh, the pilot’s father, had refused to discuss his son’s case, saying the government had asked him to let it handle the matter in confidence. He said concern that the Japanese journalist would be released but not his son prompted his change in stance.

“Why should we negotiate for a Japanese? We care about our own son,” he said.

“Within this extremely severe context, the government of Japan is requesting cooperation from the government of Jordan to bring about the early release of Mr. Goto,” Mr. Abe said Wednesday in Tokyo. “This policy will remain unchanged going forward.”