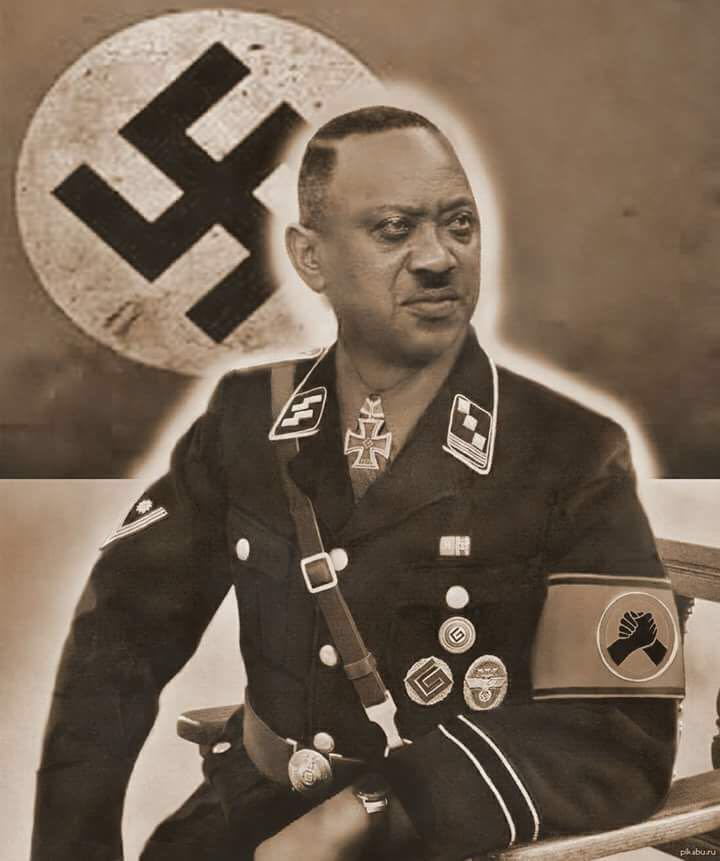 CAPTION: Image depicting Uhuru as a modern-day Hitler has been doing the rounds, due to his dictatorial tendencies. Courtesy of Social Media

A tweet-storm gathered massive momentum after discredited IEBC Chairman Wafula Chebukati declared that Uhuru Kenyatta was the winner in the sham elections, conducted at huge financial cost to the taxpayer.

So far, Kenya has spent 610 Million Dollars, an amount equivalent to the Anglo Leasing Scandal. We have been investing in a very expensive constitutional commission, which is riddled with incompetence and corruption.

#NotMyPresident was Kenyans way of showing the world that all is not well and that we the majority are disgusted by the turn of events.

We welcome creative Kenyans to create artwork with the hashtag #NotMyPresident and entrepreneurial Kenyans can imprint those on T-Shirts, caps, hoodies, bandanas/scarves, wrist-bands, and bumper-stickers. The revolution will not be televised. It will be tweeted and spread through messaging. 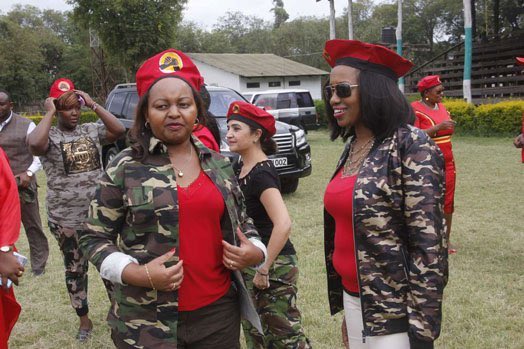 CAPTION: Christened as the slay-queen presidency, Uhuru disgusts us with those displays of female brutality, with these women in their militia-looking fatigue constantly insulting our intelligence.

Many in the Jubilee bandwagon of deceit have exploited the call to resistance by Raila Odinga, equating it to some Joseph Kony forest battle. Infact, disgusting piece of shit William Ruto used an international Tv appearance on CNN, to refer to tax-paying Kenyans as “militia” .

As of yesterday, only fellow dictator Yoweri Museveni bothered to congratulate illegitimate President Uhuru, who showed up in Bomas tallying center with a brazen display of power, by parading Recce officer in full commando gear. One wonders where those idiots were when Garissa University was being held hostage Al-Shabab.

For the last 5 years, we have listened to lies and concocted narratives how “tyranny of numbers” means that 2 tribes dominate all national voting parameters. Shock on Uhuru, even numbers had to be inflated. What we all physically saw to be a low turnout, was projected as 38.80%. Honestly speaking, the actual number was 27%.

And that ladies and gentlemen, is how Jubilee’s thunder was stolen. The lies couldn’t hold any longer.

Foreign observers like the EU have already dismissed the sham elections. The international endorsement that Jubilee is banking on, so as to derive legitimacy is not forthcoming.

With the prospect of international sanctions looking likely, the biggest casualties will be the Kenyatta’s, who have stashed all the money they’ve primitively-acquired in overseas banks. While on one hand they claimed that Kenya can do without the West prior to 2013 elections, what we saw during their tenure was a concerted effort to kiss Western ass.

Uhuru was almost volunteering to polish Obama’s shoes and wipe his ass when the American leader visited the country. Never have I seen a mouth up someone’s ass in my life. They even hired war-criminal Tony Blair as a consultant, so as to normalise relations with Western leaders.

So my friends, the “we can do without the West” line was just empty rhetoric. 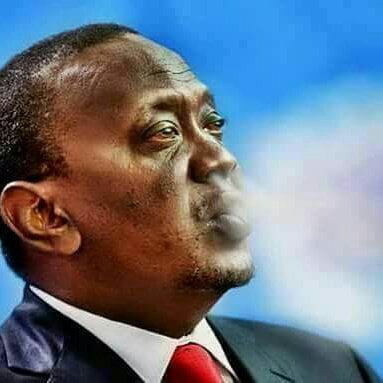 CAPTION: The hashtag #NotMyPresident shows us why such a character can’t fool us twice. Courtesy of Social Media

That they could rock-up to Jimmy Wanjigi’s crib in Muthaiga showed the depths of desperation these guys can sink to. How do you send fuckin killer squads and criminals masquerading as cops, into your former best-friend’s house? These hoes ain’t loyal!

In Kenya, cops are the most fucked-up individuals, and I personally don’t entertain any friendships with police. Now sending them to invade the privacy of your friend’s residence, is just fucked up.  It showed us what kind of narcissistic individuals they are.

So Kenyans of goodwill, let’s get behind the hashtag #NotMyPresident and let’s show Uhuru the middle-finger. The resistance starts now!