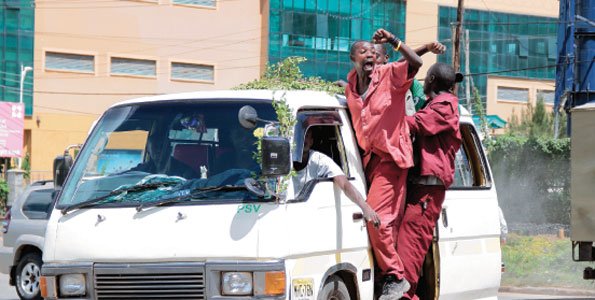 The DPP has today sent an official letter to the Office of The Inspector General asking him to direct his officers to “divert” all cases to do with touting unless tangible evidence accompanies the cases which he says “have been straining the judicial process”.

Currently, all a police officer needs in order to arrest and charge you for “touting” is his very own testimony. Police officers, therefore, tend to arrest a lot of innocent Kenyans and when their attempts to solicit for a bribe fail, they take you to court for “touting”.

Here is the full letter from the Office of the Director of Public Prosecution below. 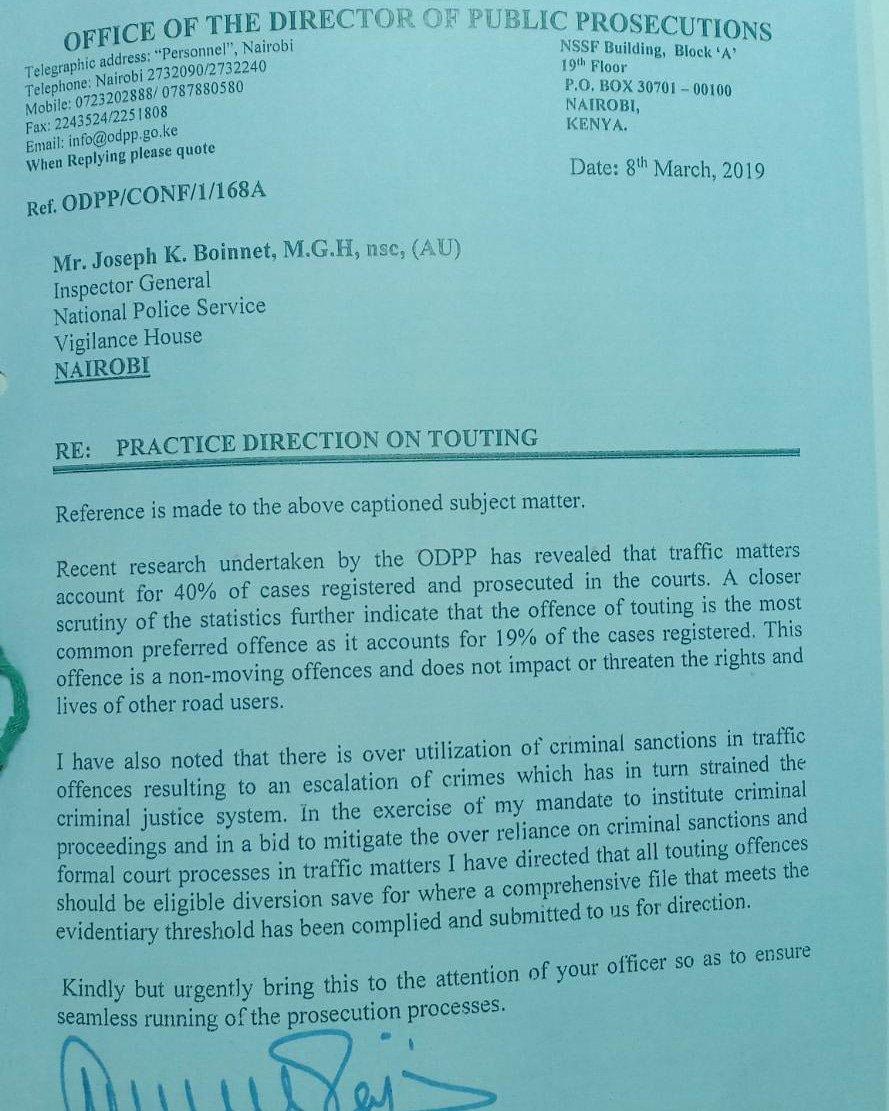