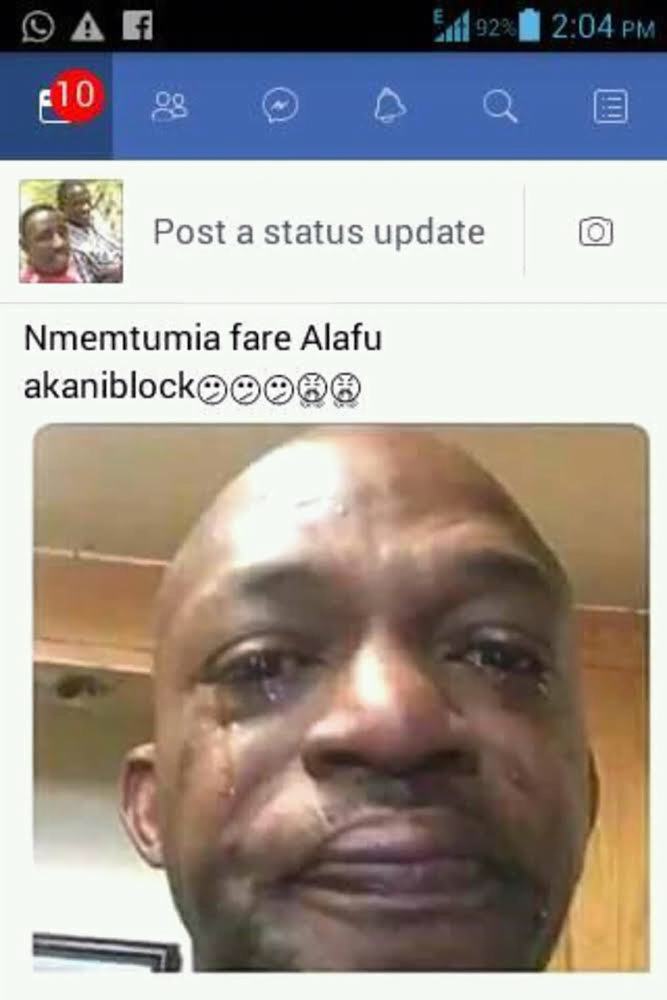 CAPTION: Don’t be a victim again. Read more and know how to survive in the city.

My nigga’s, have you ever sent someone “fare” and then they blocked you immediately after getting what they wanted? Doesn’t it feel like being used like a condom? You feel awful, frustrated, demoralised, helpless. It’s like she burst your bubble.

Many men across the country have fallen victim of the “Nitumie Fare” scam, where a lady pledges to come to your place, and then she just goes silent upon receiving the funds. She gets transport from the Boy-Child, to go look for Sponyo’s.

This is an elaborate extortion scheme, propagated by feminists operating under the banner of “Kilimani Mums and Dads” where they openly plan on how to extort money from unsuspecting victims.

Men are sometimes weakened with their sweet words and promises of steamy intercourse, if they send that money. Some are even baited with photos. Nudes. Na labda hata sio picha yake. This is a cartel.

For those in Nairobi and Mombasa, we have Taxi hailing apps like Taxify which can circumvent this whole crisis. Ambia msichana unamtumia Cab, na upatie huyo Driver number ya dame. If she switches off her phone, you won’t be charged for any trip, and damages on your wallet will be less. Win-win. Kwanza saa hii nimeona wako na promotion ya iPhone X Smartphone yenye Panaito alinunulia Clande wake. Unaweza shinda upatie dame wako.

She should clearly know that you have the money, but won’t be taken for a fool just because she thinks she can get away with it. It’s 2018, tuwacheni kubebwa ufala.