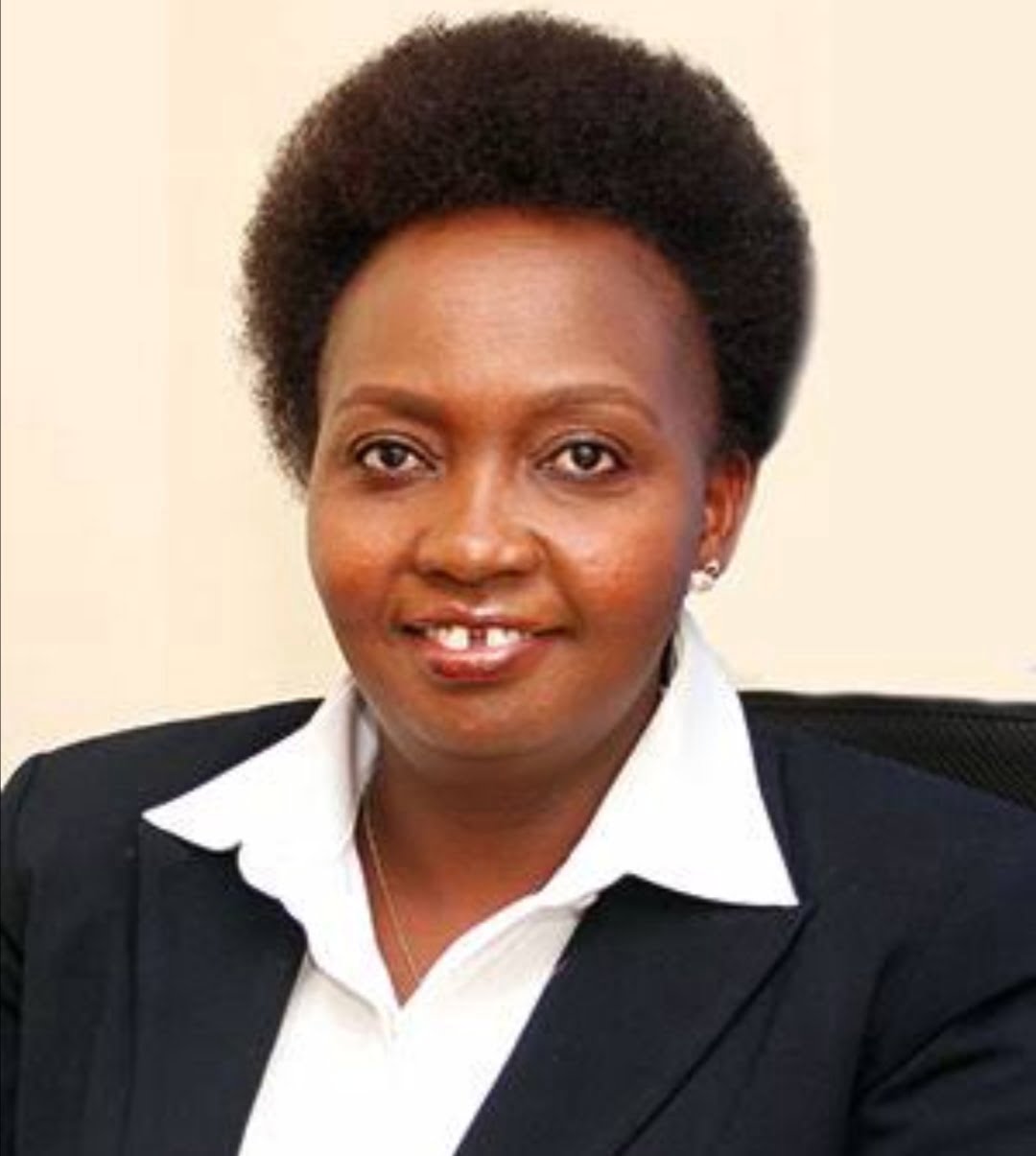 Hannah Muriithi, NHIF Chairperson to the Board

The money is used to line the pockets of senior managers and the board of NHIF led by Hannah Muriithi.

NHIF which is supposed to cater for all without discrimination does the opposite, they rob the poor for the benefit of the rich.

A parliamentary commission on health found out that a criminal ring consisting of hospitals collude with top managers at NHIF to pay a lot of money even for minor surgeries abroad; in turn splitting the money from the loot.

Kenyans know this too well, and have shared their heartbreaking experiences online.

ALSO READ: NHIF Untouchable: Corrupt Hannah Muriithi And The Board Stay On Amid Scandals

NHIF saved face by firing former CEO and untouchable Mafia Geofrey Mwangi. What the board did was to replace Mr. Mwangi with a Luo to save their rotten character and lie to the public that things have changed. Well things have not changed. 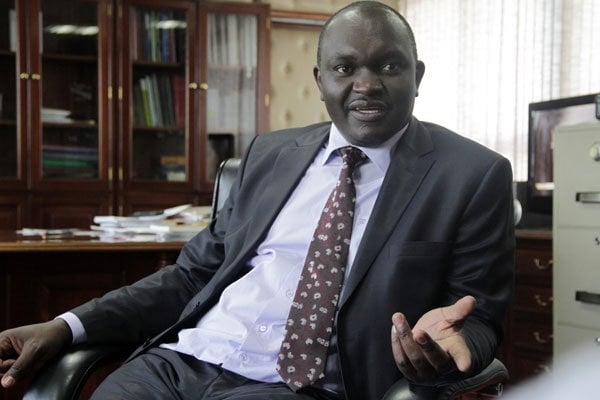 The acting CEO Nicodemus Odongo ‘saved’ the asses of the corrupt board. It is open secret that the NSSF and NHIF is not diverse in terms of workers’ ethnicity.

Mwangi might be gone but the systems, the architecture for looting still remains alive with the board.

Last week, Nicodemus before a parliamentary committee revealed that NHIF payments received through MPESA was a scam. Mr. Odongo stated that Kenyans have sent over Ksh35 million to the insurer using wrong details and therefore cannot get medical cover.

ALSO READ: How NHIF Fleeces The Poor To Serve The Rich

The Members of National Assembly put the insurer to task to explain where the Ksh35 million is held. One MP lamented how NHIF puts at risk the lives of Kenyans. The number of those who continued but are not covered is estimated at 70,000 people. That’s alot of people but NHIF doesn’t know the exact number and promised to provide the true number in two days.

“I don’t know the number of people affected, because members pay different amounts while others chose to pay their contribution for the whole year,” Mr Odongo said. “We will be able to provide the information in two days.”

Well, two days expired. MPs should release the exact number of people scammed by NHIF system error so that the public can know.

It is well documented that NHIF uses the money they collect to cater mostly for the rich. They are likely to pay Hospital bills for private hospitals rather than public ones.

“We also need to be told the justification why private hospitals are receiving more money compared to what public hospital get from the insurers unless we are using poor people’s money to have the rich in private hospitals,” a MP had asked Nicodemus Odongo

Here are sampled experiences as shared by Kenyans about the rogue NHIF:

I went to a private hospital and the only medication i could get is the ones below 500/- yet i pay every month over 1000+, tell me @nhifkenya where do my contribution go?you only favor civil servants , NHIF is a big scam#NHIF

So we have got to a point where country's health insurance funds #NHIF only trends for fraud. Looting schemes all over. Kenyans straining to fund their covers only to be turned away when in desperate need of medication. Contributors 'treated & discharged' without knowing. Sad

#NHIF is overrated and the BIGGEST Scam waiting to happen! They are quick to get you Registered even by Phone, Pay by Phone but not cant Change Hospital, Add Dependent etc on your own! Also they lie to you you can get Covered Overseas & other Bullshit! Will NEVER be a Member….

#nhif @nhifkenya did I hear you say those who have been paying their premiums via mpesa may have lost their cash?? And that they don't have cover? The ceo here need to be taken to uhuru Park naked and with 6 galons of fuel!! And 12 tyres!!! 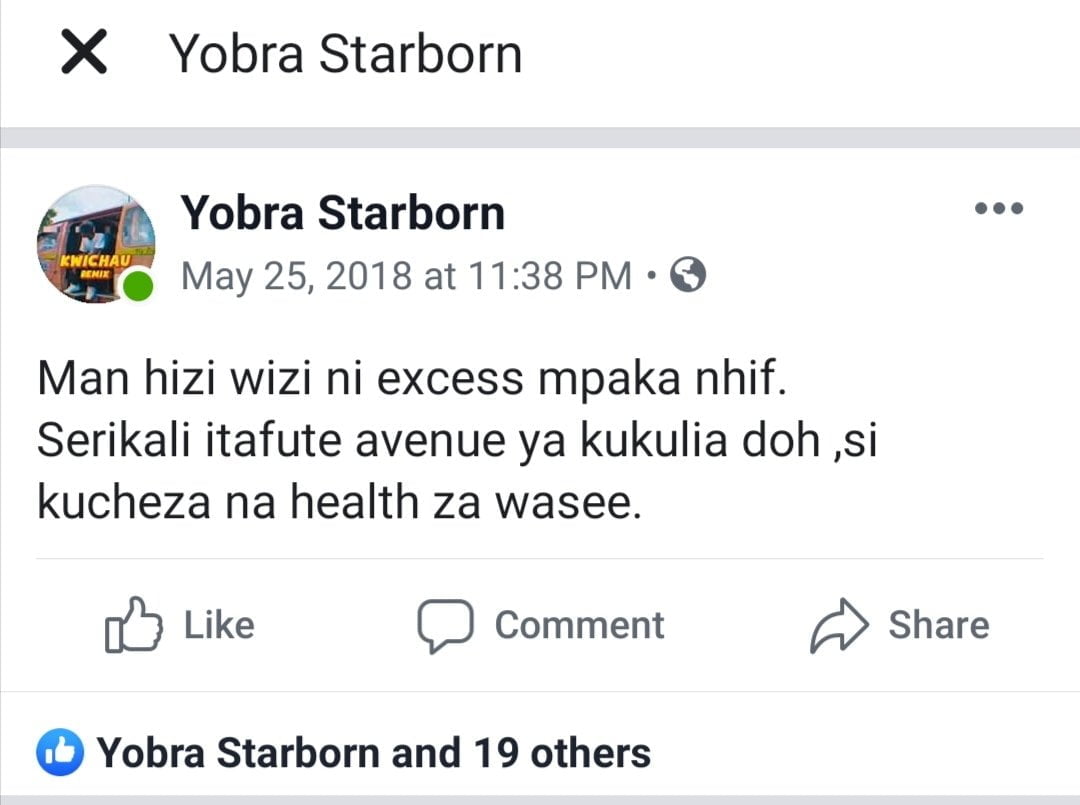