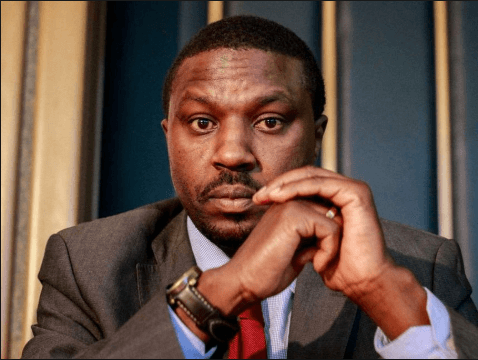 Scared and shaken, the National Hospital Insurance Fund CEO Geoffrey Mwangi, As expected, has hired online trolls to neutralize articles this site has posted demanding his arrest and prosecution over high-density corruption at the fund. The habit of such wankers using company resources to clean their tainted self must come to an end.

Despite the fact that the editor of this site, backs up all articles with reports and evidence, Geoffrey Mwangi, the NHIF CEO linked to corruption insists it is propaganda even after EACC and other accountability institutions said there were irregularities and promised to act.

Mr Geoffrey Mwangi is not the first person to use this route, as many others that have fallen have taken the same route, but failed. The most recent case being that of East African Portland Cement Boss who paid Facebook Troll to dismiss what the editor of this site had exposed, despite there being a lot of evidence linking him to corruption and syphoning of funds.

It is normally not our position to respond to struggling bloggers who extort corporates, lying to them that they can launch smear campaigns against Cyprian Nyakundi because he has nothing to lose. He is not answerable to any power, and only seeks to inform Kenyans about information sent to him anonymously.

But for the people this website has exposed, they are answerable to their shareholders, to the regulators, to the laws of the land, to their clients and to posterity. Paying struggling bloggers to launch smear campaigns isn’t confronting reality; it’s escapism.

One way or another, the truth eventually comes out.

The National Hospital Insurance Fund (NHIF) has been a cash cow for a few individuals that have looted the fund to the ground with the latest scoop confirming that some funds from NHIF might have been used for the August 2017 elections.

Mwangi has been accused of bribing EACC and Public Procurement Regulatory Authority to scuttle a Ksh. 400 Million scandal investigations, where he made Ksh 40 Million, in form of kick-back.

Despite being grilled by the jokers at the National assembly and EACC and PPOA promising action and investigations, Mwangi feels it is prudent to threaten Bloggers with legal action, over matters of public interest.

In another scandal, It has now been revealed that NHIF that offers medical insurance to Civil servants and private members may have lost hundreds of millions in the biometric registration of members that kicked off in 2015.

NHIF had embarked on the use of fingerprints to identify all its members when seeking services in health facilities. During the launch of the exercise, NHIF CEO Geoffrey Mwangi said the fund had completed the biometric registration of civil servants and it was in the process of enrolling other members.

The use of biometric identification was expected to reduce cases of fraud in the medical cover scheme. A Snap check in government institutions including Kerugoya hospital, members of staff seem unaware of such product, but they confirmed that they only heard of the product a year ago, although nothing tangible has been done.

It is chilling and hard to comprehend why State-House would stop the arrest and prosecution of Geoffrey Mwangi, yet President Uhuru Kenyatta has listed Universal Healthcare is a key enabler of his ‘Big Four’ legacy plan.

Corruption in the health sector has reached cancerous levels and it is time the whip is cracked. National Hospital Insurance Fund CEO Mr. Geoffrey Mwangi must be arrested and prosecuted over these open scandals if the anti-corruption purge was not started only to Punish William Ruto’s thieves.