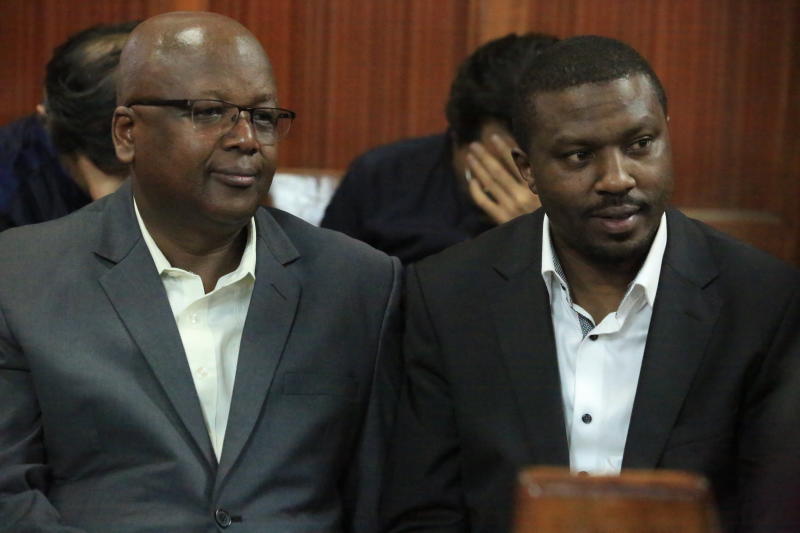 The two bosses have been in remand for the past five days after they were arrested for allegedly conspiring to defeat justice by denying investigators access to documents.

The boards move, although coming late has been applauded by Kenyans after the board received criticism from Kenyans for ignoring corruption scandals at the fund. There are calls on the board to be disbanded, as reported by this site.

Demands For Disbandment Of NHIF Board

Further sources have confirmed that President Uhuru personally pushed for the replacement of the CEO as earlier reported by your favourite site cnyakundi.com. The president is keenly following the NHIF saga because health sector is in his big four agenda.

Mr Mwangi has been replaced with Mr Nicodemus Odongo who has been serving as the director in charge of strategy, planning and Marketing.

Mr Bernard Njenga, who has been the manager in charge of management and accounting, will occupy Mr Kurgat’s forward for now.