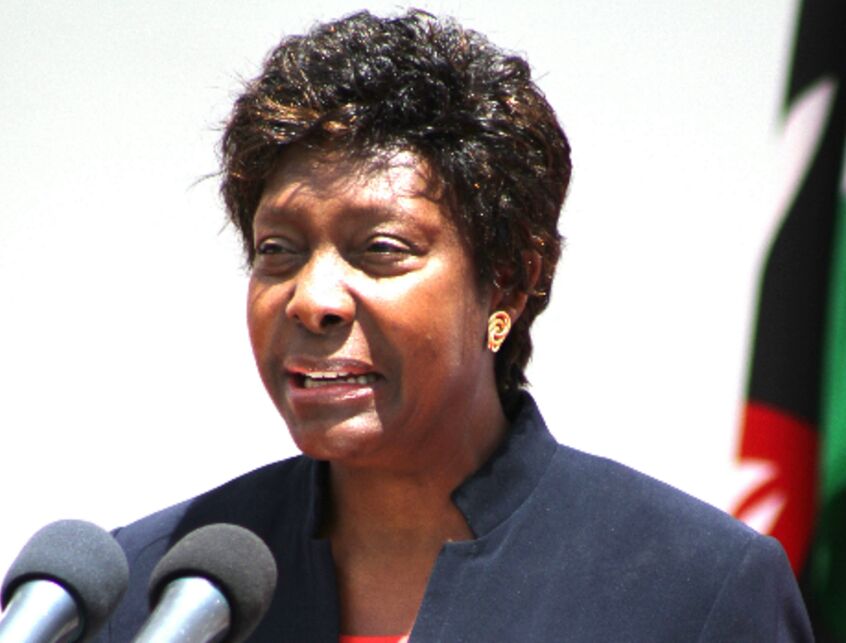 As we have warned you Kenyans, be very wary of grassroot leaders who have developed an obsession with national politics. For instance, when Ngilu purports to forge Kamba Unity, and we see her more active in such nonsense and not her domestic issues, then that’s the red-flag for corruption.

Similarly, all other leaders who have been hosting William Ruto in their Counties or Constituencies are also masking some internal issues, and portraying Ruto as a development project himself.

It all starts with your priorities as citizens. You are confusing Devolution with National Politics. The two are distinctly separate. Ngilu has no business telling Kitui residents about 2022, but instead should focus on her own development records. Similarly, Waititu, Waiguru, and other idiots of Mt. Kenya, cannot be purporting to align themselves with 2022 before even delivering on their domestic mandate.

In essence, you have to stop this culture of being diverted from your home issues, to national politics which don’t concern you. Be keen on management of your County or Constituency resources. Ruto’s heckling at Church functions about 2022 won’t change your life.

Read an outline of a corrupt scam at Kitui County Government. Charity Ngilu is very corrupt. And her obsession with side-shows is the red-flag.

1. Kitui Ministry of Health advertised two tenders in December 2017 covering all the  40 wards and 8 sub counties in Kitui; (a) A Universal Health Care (UHC) baseline survey and (b) the development and implementation of a Universal Health Management information system.

2.  The RFP (Request For Proposals) was charged at Ksh. 1,000 but was not available online for interested parties to pay for it using bank deposits, m-pesa or any other means. One had to travel from say Nairobi to go and purchase the RFP tender document from Kitui county headquarters physically. This was a way of discouraging participants when the county used millions to set up a County online and e-citzen system.

3. Despite the hurdle placed by the tendering method, 7 firms responded for the UHC baseline survey and 7 firms for the HIMS.

4. The bids were evaluated and the three firms that had scored over 70% in the two tenders were invited for the financial bids opening in February.

4. The procurement law provides for the opening of Financial Proposals publicly in the presence of the consultants’ representatives who choose to attend after the technical evaluation is completed. The name of the consultant, the technical scores and the proposed prices shall be read aloud and recorded when the Financial Proposals are opened. The Client shall prepare minutes of the public opening. The technical marks for each of the three firms that qualified are read loudly to those who attend. For these two tenders, the scores were not read nor shown during the financial proposal opening.

5. The Price quoted was Ksh. 15 million, Ksh. 19 million and Ksh. 169 million for the two-month UHC baseline survey. WHO/Ministry of Health had done a similar study on health services availability (SARAM) in 2014 for Ksh. 21 million covering Kitui, Makueni, Machakos and Tharaka Nithi-Embu counties during the handover of the health function from National to the County Governments.

6. The UHC baseline survey Tender was awarded @ Ksh. 169 million. They had approached one party earlier for negotiations to get the tender at Ksh. 150 Million and the County people take ksh 80 million as their share from one of the two tenders. How can a baseline survey of two months cost Ksh. 170 million in one County?

7. Despite the National Ministry of health having a very good Health Information System that should have been used as a start and cascaded to the Counties, and the Netherlands government assisting the Ministry of Health to improve the HIM system in counties currently, the second tender (study) was awarded at ksh 200 million with the County people asking for Ksh. 100 million as their share.

8. Kitui is a very marginalized county with vast natural resource base of coal and limestone for a modern cement factory. The county should have used the stolen money to initiate a modern factory on a PPP mode instead of lining their pockets with the stolen loot. If this looting is only from one County ministry, how about the entire Kitui County Government with ten ministries?