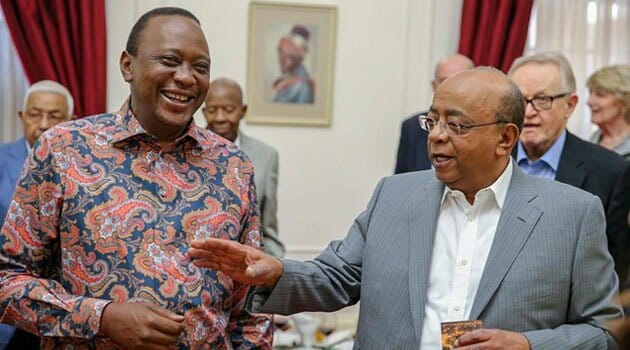 The delegation was led by the foundation’s founder and chair, Dr Mo Ibrahim. He was accompanied by the former President of Finland Martti Ahtisaari, former Tanzanian Prime Minister Salim Ahmed Salim and former Botswana President Ketumile Masire among other board and prize committee members.

The foundation – established in 2006 – provides tools to support progress in leadership and governance to promote Africa’s transformation.

President Kenyatta said while the Government has improved security in the country, the situation at the regional level remained fragile because of the conflicts in South Sudan and Somalia.

The Head of State affirmed the Government’s commitment in fighting corruption and entrenching good governance.

The meeting was also attended by Devolution Cabinet Secretary Anne Waiguru and other senior Government officials.