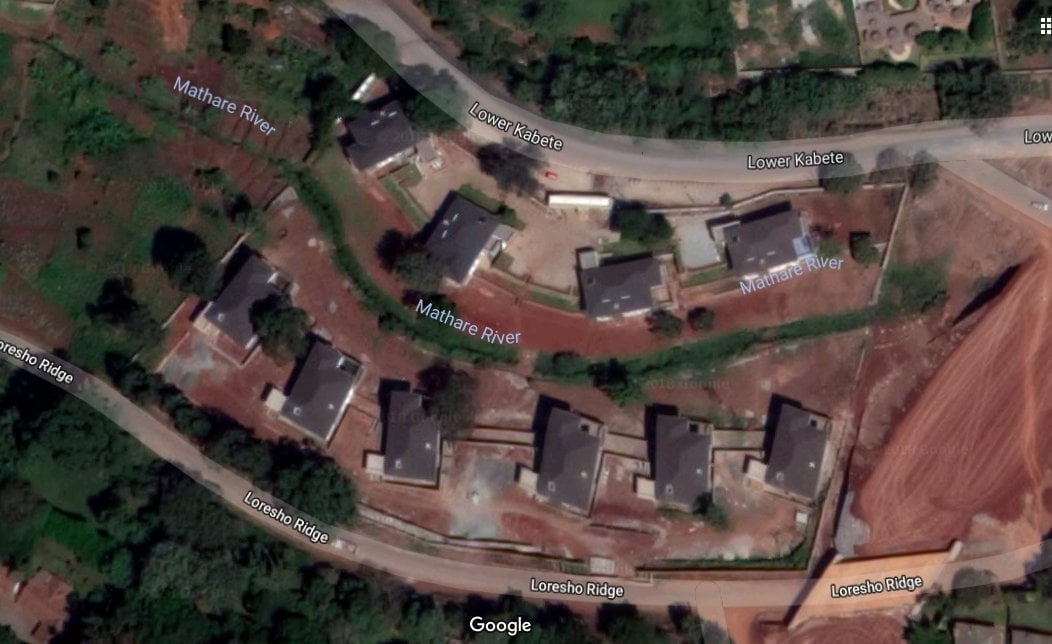 At the beginning of 2019, Kenyans were treated to a spectacle by the now infamous SANY. Most propel were happy that the government was now committed to protecting the environment.

But Kenya being Kenya, a Moi era corrupt businessman and deep state operative owner of several legit and shell companies, most of which evade taxes Naushad Merali paid Ksh250 million to National Environment Management Authority (NEMA) to bypass his properties sitting on top of Mathare River. 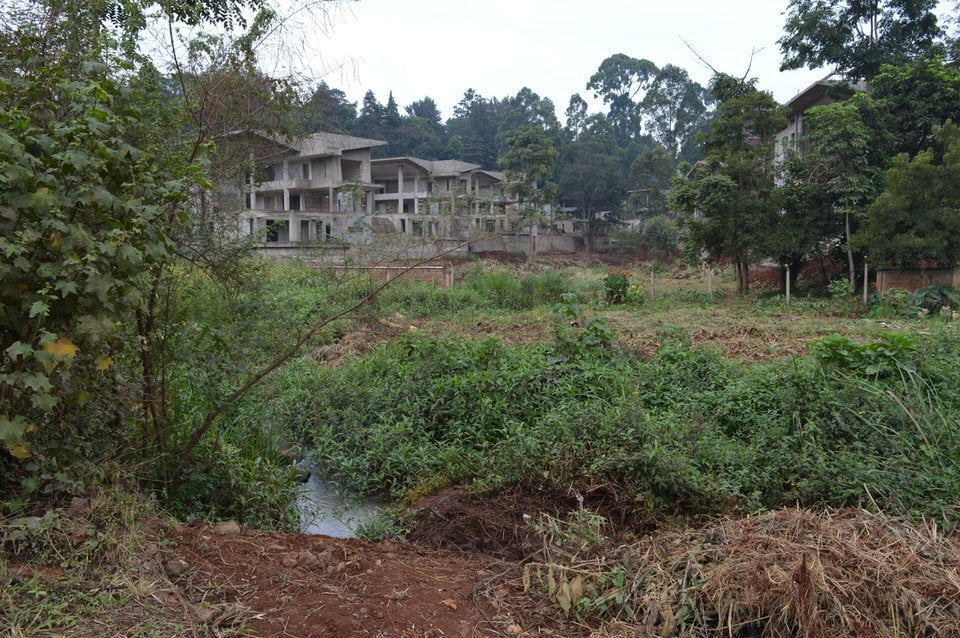 The bribe was shared with National Land Commission (NLC) officials.

The Alina Villas in Spring Valley along Lower Kabete road has over 10 residential units. It is owned by Sameer Africa owner Naushad Merali.

That was the price of silencing SANY; Ksh250 million.

How many more money did NEMA receive from others to ‘go-slow’ on their properties? For example, we know that Weston Hotel still stands.

A few months ago, NEMA was also on the case of factories located in Nairobi harrasing them to stop emptying toxic waste into rivers in Nairobi. Where was NEMA all along? Aren’t they supposed to ensure that factories have a way of detoxification of those waste in the first place before releasing them? 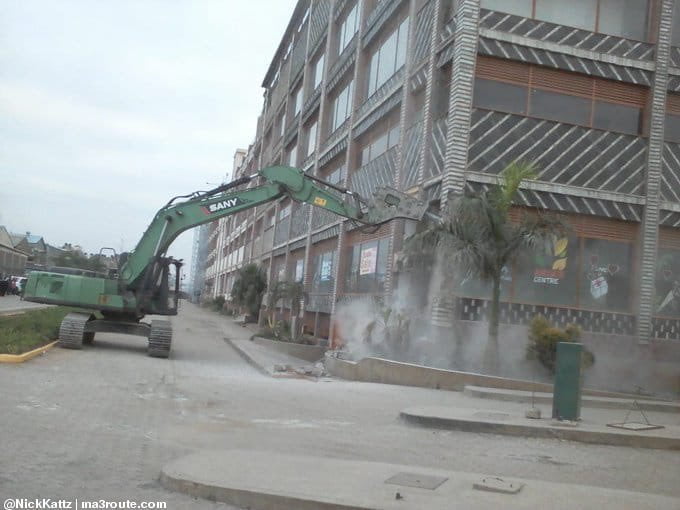 But as soon as Kenyans forgot about the exposé carried by a local TV station, NEMA also stopped the PR that they are doing some work.

Of course, in a bribe-taking country, NEMA pocketed millions to stop the crackdowns. 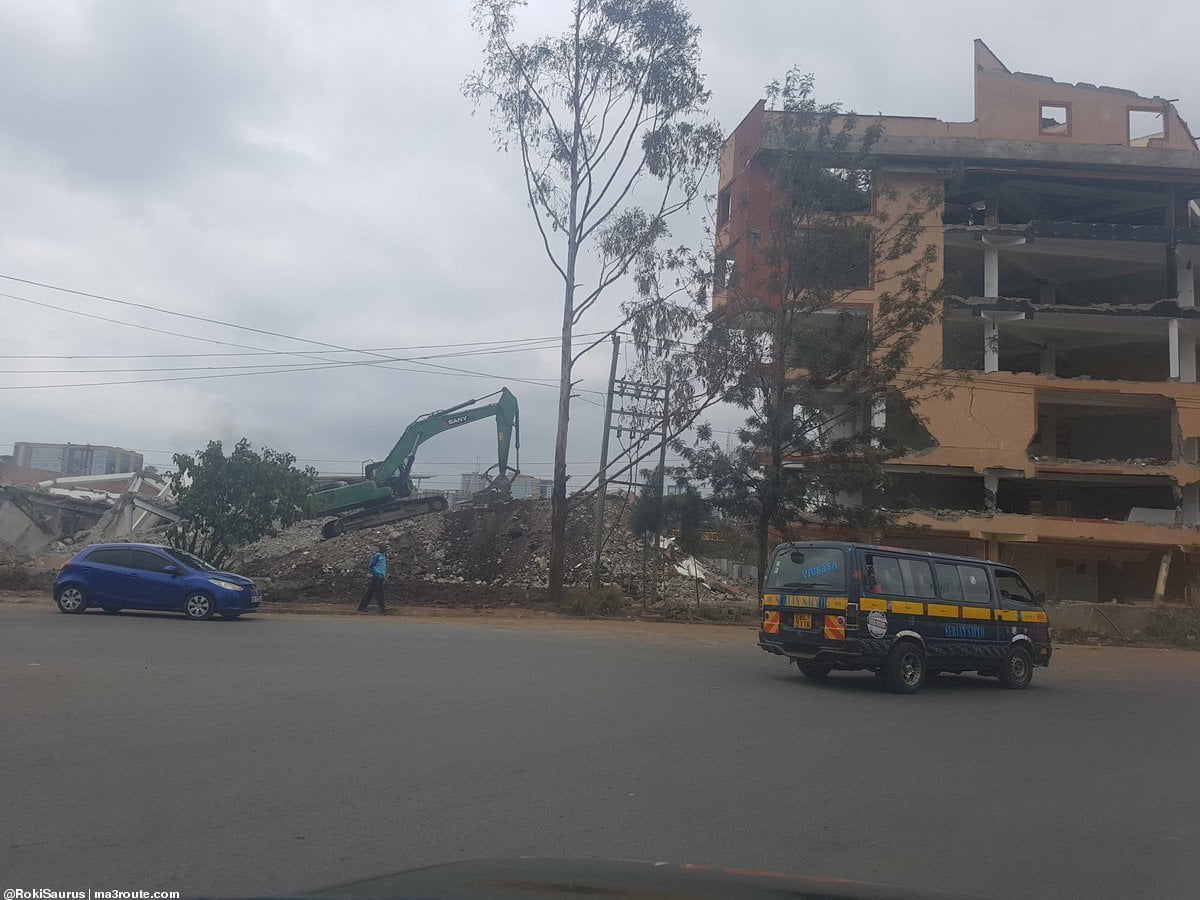 South End Mall, something is being reconstructed here.

You are on your own.

A new city is being built in Kiambu County, its name is Northlands Estate, it will be better managed than Nairobi because we as Kenyans have allowed mediocrity and greed to go on unabatated for far too long until we can’t distinguish what is normal and what is not.

Nairobi will continue to deteriorate and fall into disrepute.

The lame-duck United Nations Environmental Agency (UNEP) headquartered in Nairobi can’t do shit, because even the UN is full of tribal politics. You’ll find Kikuyus filling its ranks and it is a shame that they can’t influence government policy for the betterment of Kenya.

In the end then, you’ll be hearded like sheep, you who have little money, the crumbs that have fallen from the mighty Kenyatta family tables, you’ll be hearded into Northlands, to live in your walled gardens and for sometime, forget the suffering of your fellows and about the fallen Nairobi. To feel good in your myopia.

Nairobi will be reeking of acrid urine smell, garbage everywhere, street lights out (even now the signs are clear to see).

This whole government is not working, there’s no iota of love in the hearts of current leaders such that they can even think about their own futures.

They’ve put so much trust on the heavy police artillery to protect them until they don’t see you rising anytime soon to protest the mismanagement.

ALSO READ: Dossier about Paramount Bank and Merali, The Owner

The building that caused so much problems on the junction of Langata and Mbagathi way is back, being reconstructed after being demolished by SANY in February.

How much has NEMA and NLC received?

Remember, SANY was stopped by bribes, part of which was Ksh250 million.