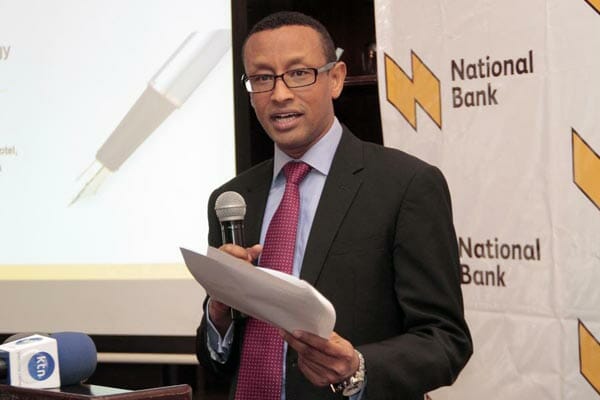 After spending the week insisting all was well and accusing the media of “malicious and sensational” coverage, fresh details have emerged indicating that the National Bank of Kenya (NBK) is holding toxic loans that could leave it exposed.

Documents available to the Sunday Nation detail how NBK is saddled with loans running into billions of shillings which it bought from other banks in the last two years and the fresh loans issued by NBK could be lost as some of the clients are contemplating receivership to avoid payments.

Documents show that one of those loans bought by NBK from another local bank (name withheld) belonged to the Kenya Red Cross Society (KRCS). The money was pumped into Boma Hotel in Nairobi’s South C, which is run by the local chapter of the Red Cross to generate income for its activities.

An internal KRCS communication evaluating Boma’s survival scenarios, show that the hotel is facing financial difficulties and has problems repaying the loan whose value is not specified in the document.

“Capital has been wiped out from a positive Sh16.9m in 2011 to a negative Sh1.4bn, the situation is further exacerbated by the fact that we have virtually impaired about Sh0.8bn invested by the KRCS over the same period. Current liabilities have never been covered and the situation has deteriorated further,” says the report.

According to the analysis, Boma could be contemplating receivership in the event that it cannot raise Sh1 billion cash injection to cover payments to creditors.

It gives the “worst possible scenario” as working with top lenders to place the business under receivership, “leading to favourable return on assets or liquidation”.

“This is a consequence probably starting from the statutory creditors or any creditor who has not thought through the gravity of the matter. Ironically, during the receivership period, no one gets paid, but this time legally (sic). Staff can also then be terminated and negotiate the contracts afresh,” says the document.

According to the internal assessment, Boma also owes Kenya Revenue Authority (KRA) accumulated Value Added Tax (VAT) and there are fears the taxman could freeze bank accounts of Boma or KRCS for unpaid taxes. They also fear that unpaid taxes may negatively impact directors’ tax assessments.

The Boma document also discusses NBK at length and at some point notes the bank was aware that the loan was toxic when they disbursed it.

“Despite initial concerns that the loan was not viable on its current terms, they still went ahead and disbursed the same. Certain senior management will therefore back any proposal to contain the issue.”

In the report, the strategy team discusses how to restructure its balance sheet apart from injecting capital. It proposes that Boma management should engage their NBK counterparts led by CEO Munir Ahmed to convince them the hotel was on a new trajectory.

“From the onset, the credibility of those involved to deliver on this undertaking is usually the biggest challenge. To gain confidence, it is highly unlikely the current management will be allowed to carry out the process by the secured and to some extent unsecured creditors,” says the report.

To convince all that Boma was opening a new page, the team argues there is need to engage an investment banker. But their assessment of how the NBK is likely to handle the matter is telling.

“Ironically, we have a lot going for us on this front as the NBK top management has largely limited options and will have to support the process. This is the largest exposure for that Bank under the new management. They have taken a lower valuation than one recommended by KRCS management hence taking the business into receivership will lead to huge provisions that will attract industry players and serious board action,” the report says.

It then goes on in reference to the NBK management: “Being young and ambitious, reputations are at risk. They will try to prove that the problems are temporary, more to do with current management than overall credit risk mismanagement problem.”

They also argue that top creditors would have to co-operate as “should NBK take the business to receivership, payment that could have paid in one year could take over 5yrs (5 years) and on a prorata basis, if at all”.

Mr Gullet had not responded to our enquiries on the confidential document by the time of going to press.

NBK is also stuck with a loan of Sh250 million from a taxi company, a hotel in Nairobi’s Upper Hill owes Sh400 million and the Sh1 billion loan secured by a company whose title deed was among those cancelled in Lamu last year. The contentious Lamu land loan was also taken over by NBK from another bank.

Presbyterian Foundation is also involved in a court battle with NBK over a loan that was bought from another bank. The foundation wants to cite Mr Ahmed for contempt of court for trying to sell Milele Beach at the coast, which is said to be worth Sh1 billion.

“We are fully aware that you are hell bent on selling our client’s property worth more than a billion shillings for a song. This is the very reason you ignored express court orders to achieve your eternal desire to carry out a shambolic sale,” the lawyers claim in court documents.

Last week, Sunday Nationrevealed what appear to be questionable transactions at NBK putting at risk billions in workers’ savings invested by the National Social Security Fund (NSSF) in the bank.

NSSF has a 48.05 per cent stake in NBK while the government owns 22.5 per cent of the shares. The Sunday Nation investigation also unearthed how the senior bank officials used the institution to dish out loans to relatives and companies associated with them.

Our inquiries also revealed suspected cases of asset stripping, staff purging, a high number of employee exits and irregular payments of bonuses to senior managers. NBK is also having trouble replacing these managers.

Last Tuesday, NBK board held a meeting where they gave assurances that all was well with the bank. And on Friday the bank bought space in the major dailies explaining it was in a solid position. The statement also said a letter from the Treasury asking for due diligence to be done on the bank did not amount to investigation.

However, days after we first raised the red flag over the hiring of Mr Chris Kisire as chief finance officer despite being under investigation by the Ethics and Anti-Corruption Commission for his role in Mumias Sugar, National Bank announced he was under suspension.