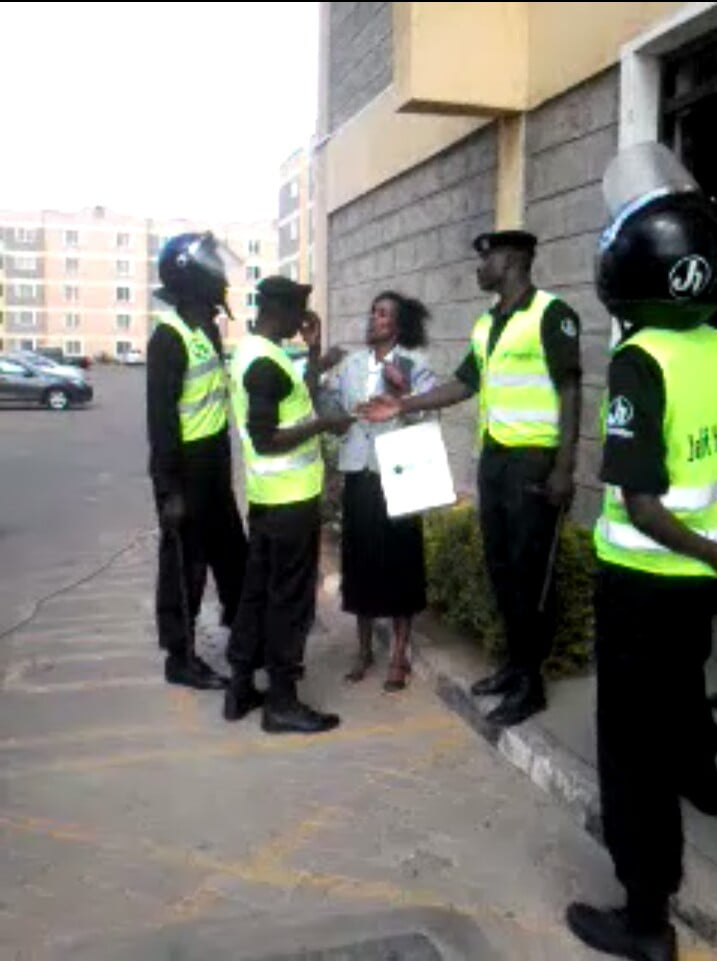 CAPTION: Jeff Hamilton Security Officers, shortly before assaulting the owner of the school.

The complex which NASA luminary Moses Wetangula was accused of building using monies from the Tokyo Embassy heist during the Grand Coalition Government, is now on the spot after one of the occupants was forcefully-ejected.

Amongst the people Moses Wetangula was accused of “eating” the inflated budgets with are Thuita Mwangi and current Kirinyaga Governor Joseph Ndathi.

Kingdom Christian Schools kenya is a primary school from kindergarten to class 6. The owner bought the school in 2015. Now the estate has an association that they formed which charges Kshs. 2,000.00 per month as service charge.

The owner of the school also happens to live in the same estate. She therefore informed the management that she doesn’t see why she needs to pay service charge twice for both houses yet it’s being operated by the same person.

Now the estate claims she ows them 55,500.00 from 2015. Due to this they locked up the school the first time on 12th February 2016. They did this by erecting a gate just before her school premises without informing her. She filed a complaint with the Deputy County Commissioner who ordered that the management open the school immediately. 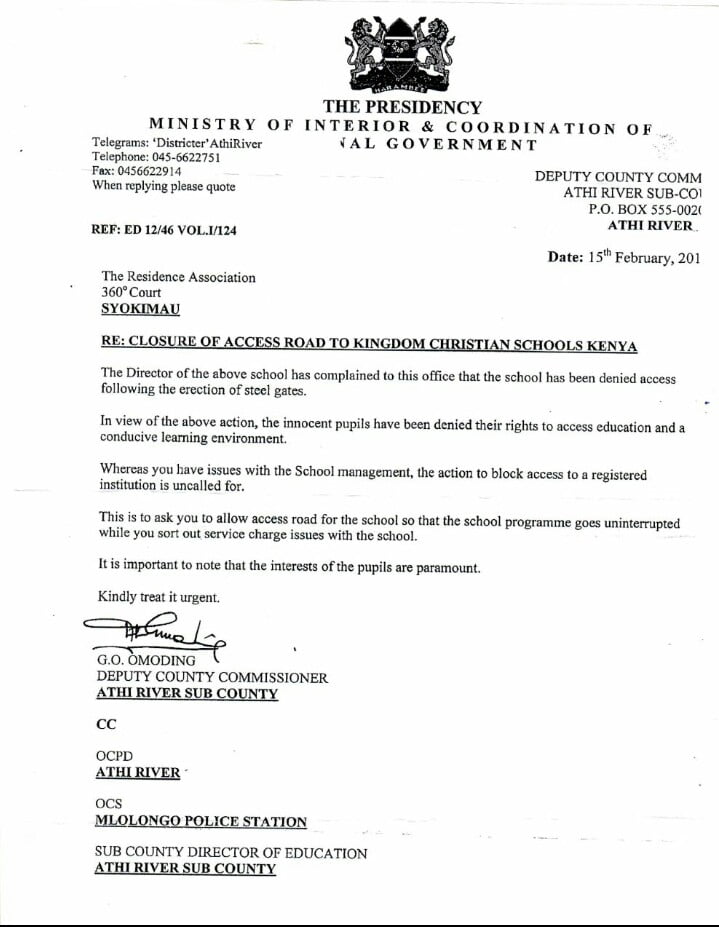 Its like GoTV services coming to take away your television and/or decoder, simply because you have decided you don’t want to pay subscription fees.

They opened it on 20th February 2017 only to again close it on 6th February defying the Deputy County Commissioner’s order. Last week on Monday is when the owner of the school got people to cut the gate and while they were doing so, Jeff Hamilton security came and assaulted the owner and took her to the police.

The police stated that estate management was on the wrong and even advised the owner to add the charge of assault on her complaint. The attached video was taken on 27th February 2017 at 14:57. And by the way at night when she returned from the clinic the security guards tried again to bar her from entering the estate but retreated when they heard us mention the video we took.

Jeff Hamilton Security Officers assaulting the owner of the school. from cyprian Nyakundi on Vimeo.