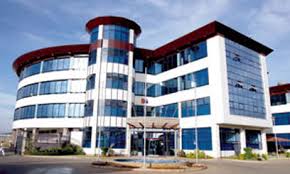 The Standard Group coffers have run dry with the firm having embarked on cost cutting measures, but has been seeking a bailout of Sh100 million to compensate workers who have been retrenched.
In the last three weeks, the group has retrenched over 90 workers with the figure expected to hit 300 when the exercise is over in a month’s time.
For some time, the Moi family together with Joshua Kulei, who holds minority shares, have been shopping for a new CEO to turn the firm’s fortunes around.
They have been accusing Shollei of using the company to fight his wife’s battles with the Judiciary. Gladys Shollei, who has since been charged with corruption, has been fighting the Judiciary and the Ethics and Anti-Corruption Commission for accusing her of mega corruption when she served as the High Court Registrar.
Initially, the Mois and Kulei had picked a senior manager at Larfage which Bamburi Cement’s holding company to replace Shollei but the manager turned down the job for fear that he would equally been shown the door just like other CEOs who have served at the group.
Indeed, management changes at the group fit into the game of musical chairs over the last decade. Since Tom Mshindi, now the Nation chief editor and his dream team were ejected from the Standard in 2006, the company has had five CEOs, while Nation has had only two – Linus Gitahi, who retired in July and was succeeded by Joe Muganda from EABL.
Shollei, who succeeded Paul Melly in 2012, is said to be the blue-eyed boy of Kulei who was an insider of the Moi administration.
Three weeks ago, the Standard retrenched Nyambega Gisesa, alongside other writers Kiundu Waweru, Joe Kiarie, Peter Orengo, Dann Okoth, Chris Musumba and cartoonist Eric Jacob Ngammau (GaMMZ). Others sacked include photographers Tabitha Otwori, Andrew Kilonzi and Nancy Akinyi.
The scribes were summoned to meet a panel of editors, including the human resources director, Pauline Kiraithe for a briefing session. The sacking panel comprises public editor John Bundotich, The Nairobian managing editor Charles Otieno, group corporate affairs director and former managing editor for Saturday Standard Charles Kimathi and Enoch Wambua, the managing editor for Sunday Standard who will now be managing the two weekend editions after they were merged as part of the cost cutting measures.
The pruning of staff seems anchored on the regrouping of the “old Standard” employees and the departure of those poached, mainly from the Nation Media Group and Radio Africa’s Star newspaper.
Those who have been retrenched include Mwanaisha Chidzuga, Geoffrey Mosoku, Nyambega Gisesa, Carol Rwenji, Joel Odidi, Joe Kiarie, Kiundu Waweru, Peter Orengo, Gammz cartoonist, Dann Okoth, Chris Musumba, Tabitha Otwori, Andrew Kilonzi and Nancy Akinyi. Those who opted for early retirement include Julius Maina –ME, Special projects, Peter Okong’o (deputy ME, daily – contract not renewed), Dorcas Muga (deputy ME, weekend), Juma Kwayera –writer, Saturday, Oscar Obonyo – writer, Sunday, Stephen Makabila -writer, Sunday, Kwamboka Oyaro –features editor, Joshua Kemboi- KTN sports editor, George Mulala – photo editor, Peter Choge – subeditor, Saturday Standard, Grace Tunya, Sarah Kinya – TV producer and Wahome Thuku.
But on the other hand, the media house is wooing Joseph Odindo, who was booted out of Nation Media Group to be the editorial director.
Word doing round has it that Odindo has agreed to work for Standard Group on a four-year contract as editorial director, the same position he held at Nation Media Group.
Odindo, according to sources, is being fronted by Gideon Moi. The Baringo county senator has been more involved in Standard affairs, even influencing who is picked as CEO or editorial chief.
The editorial director position fell vacant last year after Standard Group unceremoniously sacked Chaacha Mwita for allegedly “inciting editorial staff against the CEO”. The Industrial Court has since awarded Chaacha Sh67 million in damages for the dismissal.
Odindo is rumoured to be luring his Nation Media and Weekly Review colleagues – Jaindi Kisero and Macharia Gaitho – who were forced from Nation Media to join the cruise.