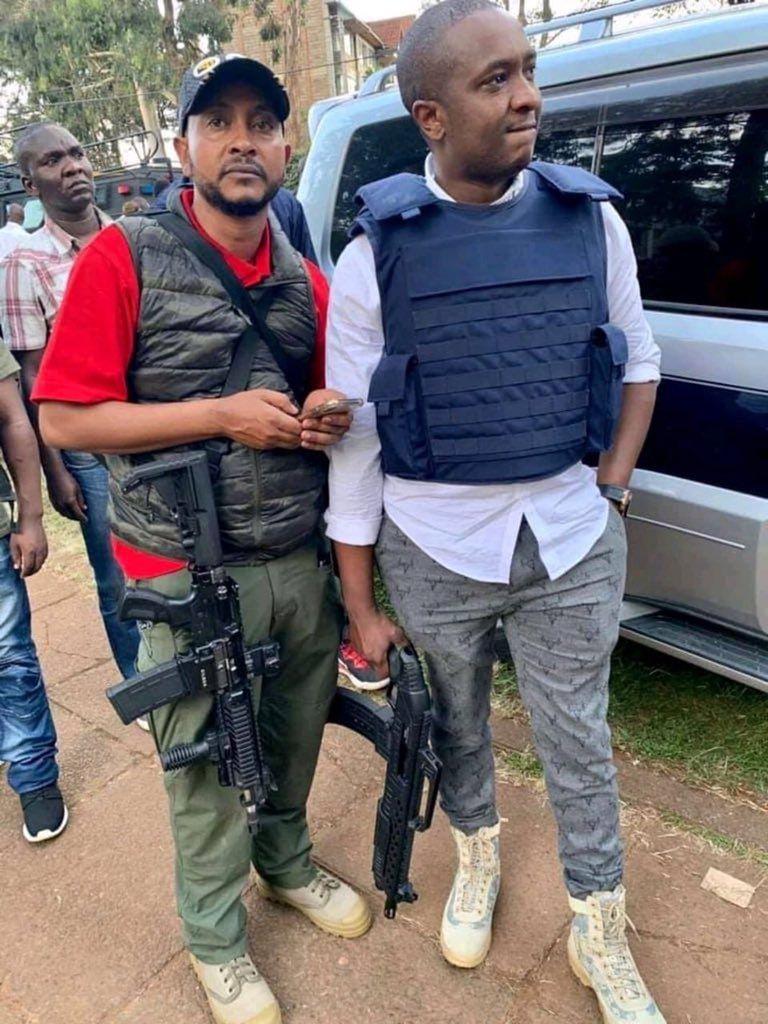 JANUARY 15th 2019: Starehe Parliamentary Aspirant Steve Mbogo (right) with Dafton Mwaitiki. After the DusitD2 Hotel Terror attack, Steve Mbogo defended carrying a gun saying: “I was there as a civilian, who is mandated by law to handle firearms” says Steve Mbogo, after Kenyans online questioned his presence at the #DusitD2 during the terror attacked claimed by Alshabaab. Mbogo was wielding an automatic weapon and a bulletproof vest

Controversial politician Steve Mbogo, linked to Raila Odinga’s Orange Democratic Movement (ODM) is in the news today after his close associate Dafton Mwaitiki was reported missing by his friends and family.

A laid back figure, Mwaitiki first shot to the national limelight after photos of him and Mbogo brandishing high calibre submachine guns went viral, during the DusitD2 Hotel terror attack which happened January last year. It is still unclear why the two opted to pose for photos during that incident, but what was clear without a shadow of doubt was that both were engaged in unscrupulous business in Nairobi’s underground scene, which entertains all sorts of vagabonds from drug dealers, counterfeiters (wash wash), human traffickers, gold scammers and even armed robbers.

Individuals who have been linked to these notorious underground cartels include Jared Otieno, Chris Obure, Kevin Obia, Steve Mbogo, Stanley Livondo, Mike Sonko, William Kabogo, Richard Echesa, Moses Wetangula and others, who enjoy protection from the high offices and have compromised the country’s entire security apparatus and the judiciary. 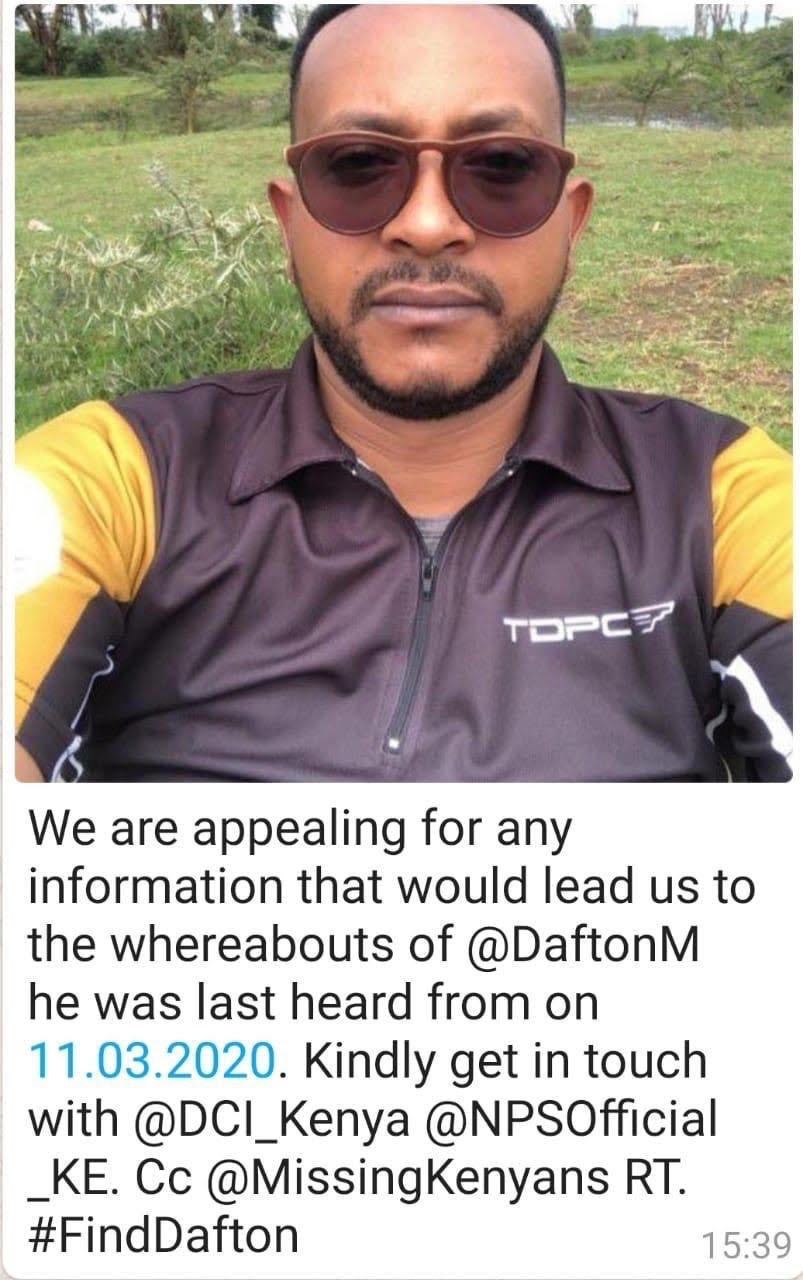 Their trademark modus operandi is displays of wealth and opulence at Nairobi bars, surrounded by Kenya’s top socialites and Instagram models. You mostly see them at night as during the day they’re either sleeping or holed up in their posh residences, trying to evade the glare of the cameras or journalists and policemen extorting them of money. They also love intimidating patrons or staffers with their guns, sometimes leading to fatalities.

According to sources within the DCI, Mwaitiki was last seen on 11th of this month, at 11 am around the Hurlingham area. According to his phone records, it seems that around that time was also when he made his last long phonemail, speaking to an unknown person, with the number being zeroed in as a potential suspect. His phone was last pinged at 11.30 pm by towers in the Roy Sambu area. His vehicle was seen driving down the Thika Superhighway by. CCTV cameras earlier in the afternoon, being driven by someone else, who then dumped it at Ruiru adjacent to the Recce Squad headquarters.

Yesterday, search teams comprising of police with their sniffer dogs, volunteers and friends spent the better part of the day trying to trace the missing man.

Mwaitiki is said to have been an active member of the National Gun Owners Association (NGAO), a group which promotes the responsible use of firearms in the country. Coincidentally, Mwaitiki had filed a suit against the NGAO chairman Anthony Wahome, over a Kshs. 8 million debt row. The matter is said to have been settled out of court. 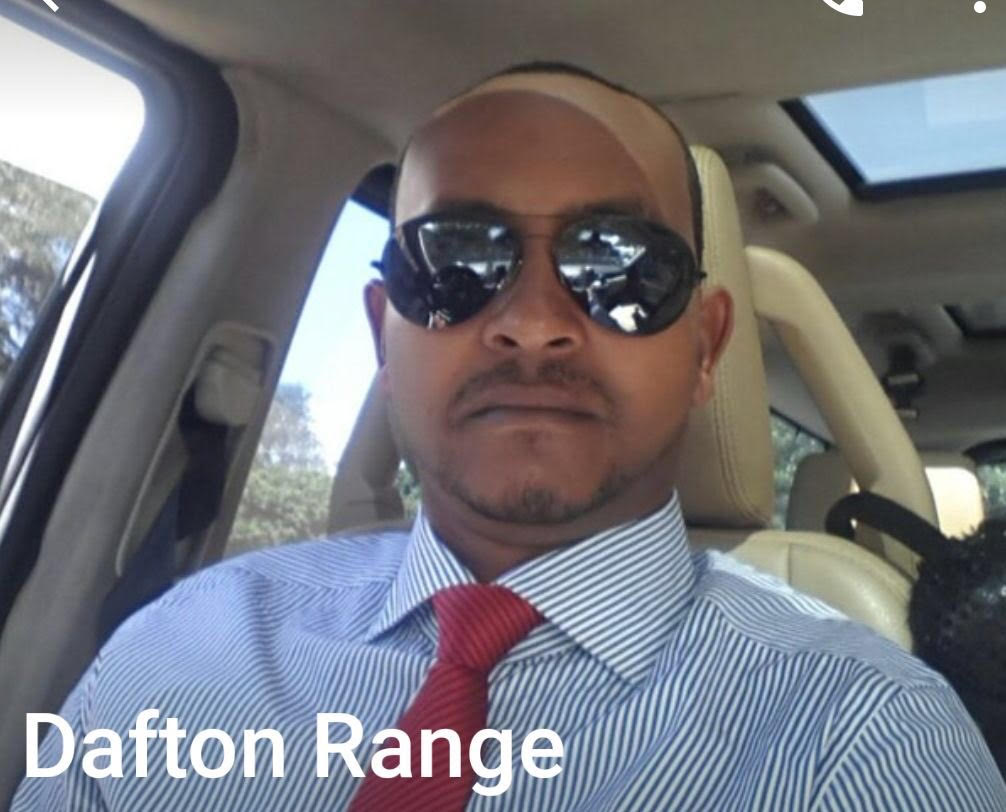 While Mwaitiki is famous within Nairobi’s social circles, few if any, can tell you what he does for a living and or his source of incomes which allows him to live a very lavish lifestyle. In Nairobi, if you have some small money to occasionally buy a round of drinks for your friends, none will bother to question your source of income with many opting to kiss your feet instead.

Still unclear why his abductors chose to dump his vehicle outside the Reece GSU Headquarters.

Meanwhile, calls for the resignation of Interior CS Fred Matiangi have escalated, over the deteriorating state of security in the country.

With the advent of the Jubilee regime, Kenya is slowly slipping into a gangsters paradise, where criminals control the country by bending the official processes. Abductions, assassinations and questionable deaths have become a routine occurrence in Kenya, with the media being used to justify them depending on the politics of the day.

Only recently, Sergent Kipyegon Kenei, a guard attached to the Deputy President’s office, was murdered at his house. While his death has been exploited by the political establishment to settle scores, the reality is that Kenya is slowly becoming a failed state, sinking to the depths of Colombia where police are mere accessories in crimes committed by cartels.