The Nairobi Metropolitan Services (NMS) has been caught up in that old Kenyan pass time, corruption and looting.

General Mohamed Badi’s Deputy, a Mr Kang’ethe Thuku has been reportedly fired by President Kenyatta following the revelations that his clique diverted funds meant to mitigate the spread of the covid-19 virus.

According to kenyannewsday, Kang’ethe has been undermining General Badi; he is accused of opening the door on City Hall cartels whom NMS whose menace NMS was created to solve.

A report by the investigative agencies shows that senior NMS staff stole funds through forgery, irregular procurement and fake invoicing.

Records show that Kenya has received over Sh704 billion shillings in the fights againt COVID-19. But there’s nothing to show for it.

It is reported that Uhuru Kenyatta ordered immediate interdiction of the cartels led by Kang’ethe; among them NMS Head Of Human Resources Dominic Gicheru and Director Of Health Dr. Josephine Kibaru Mbae.

Before joining NMS, Kang’ethe’s past was full of corrupt dealings, where it is said he used his powerful dockets as Principal Administrative Secretary in the Ministry of Interior and National Coordination and also as Nairobi Regional Commandant with the Kenya Police to rob people off their prime plots. 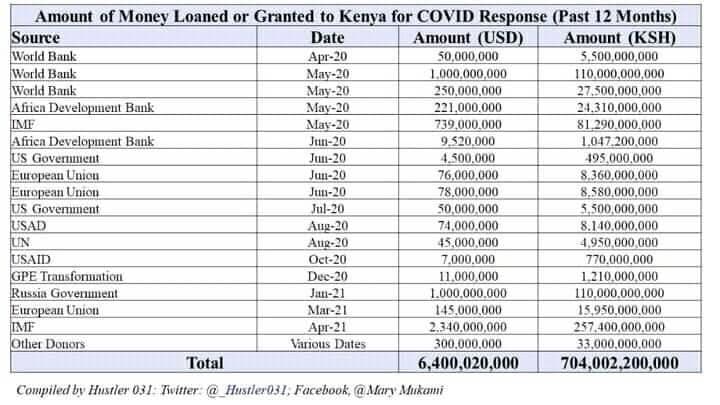 COVID-19 response funds: Where did this money go?

NMS is now tattered and dirty, no different from the Mike Sonko administration.

It was revealed that NMS received a total of Sh294 million from the national government towards response to Covid-19 control which was part of Sh7.7 billion advanced to the counties in conditional grants as part of urgent Covid-19 interventions.

Investigative agencies are on the case.