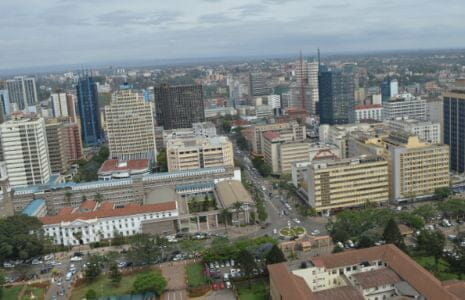 For a second year in a row, Kenya’s busy capital city of Nairobi has been named the most intelligent city in Africa. According to the Intelligent Community Forum, “intelligent communities” are those that have taken “conscious steps” to create an economy that can prosper in the “broadband economy”.
The group has recently released its latest rankings, recognising the achievements of communities that have built inclusive, prosperous economies on a basis of information and communication technologies. Although the Kenyan capital missed out of the top seven finalists, it was the only African city to appear on their shortlist of 21 hubs throughout the world for 2015.
Intelligent Community Forum co-founder Robert Bell says: “We see a strong foundation being put into place [in Nairobi]: sensible, pro-growth government policy, a more diversified economy, and an innovation ecosystem of start-ups, international companies and universities.
“Nairobi certainly has the opportunity to build an exciting future for its citizens, businesses and institutions.” But Nairobi didn’t make it to the next round that will see seven communities around the world contesting in June for the 2015 Intelligent Community of the Year award.

Based on nominations submitted by communities large and small from around the world, ICF selects 21 finalists with the potential to become one of the Forum’s Top Seven Intelligent Communities of the Year. The list is announced at least 60 days before the selection of the Top Seven.

Gaining a place among the year’s Smart21 is considered a badge of honour as well as the first step greater recognition as an Intelligent Community positioned to prosper in the broadband economy. However, experts say Nairobi could grow into a smarter city if dealt decisively with insecurity (known as Nairobery), traffic jams and disaster preparedness.

“Investors do not just look at infrastructure; they are also keen on disaster preparedness,” warned Kenya National Fire brigades Association chairman, Francis Omollo Liech. He said the government is joking concerning disaster preparedness. “In Nairobi, despite the talks you keep hearing, we have only two working fire engines.

We have a serious shortage of trained fire fighters throughout the country,” said Liech. Insecurity is a major concern for small businesses . “In Kenya, 68.2 per cent of small and micro-enterprises mentioned insecurity as a challenge to operating business,” says Tony Sugden, the CEO of Warrior Security Group.

Sufficient mechanisms also need to be put in place to provide adequate housing, now and in the future. The United Nations population division projects that Kenya’s population will be close to 112 million by the year 2065, more than double the current population.

“If the national and county governments do not address urban planning and management, we may end up having urban areas comprising of massive informal settlements and extensive urban poverty, which will further increase insecurity and undermine growth,” warns researcher James Gachanja of Kenya Institute for Public Policy Research and Analysis (Kippra). -CNN.