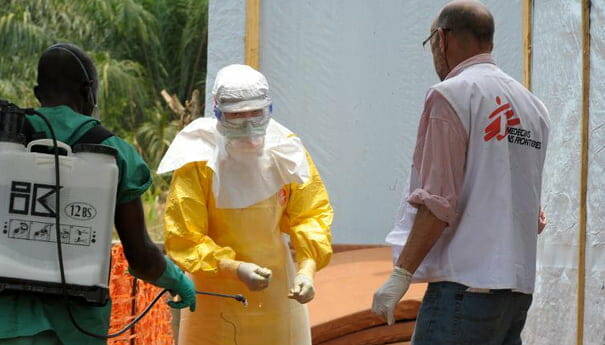 North Korea has banned foreigners taking part in its annual international Pyongyang marathon in April because of continuing concerns over the spread of the deadly Ebola virus, specialist tour groups said Monday.
China-based agencies, Koryo Tours and Young Pioneer Tours, both said they had been informed of the decision on Monday morning.

North Korea, which has not registered a single suspected case of Ebola, closed its borders to foreign tourists back in October and imposed severe quarantine restrictions on other foreigners, such as diplomats, entering the country.

The reclusive country, which receives a tiny number of foreign visitors, has a history of shutting itself off in the face of external health threats.

In 2003, it suspended foreign tours for three months due to fears over the spread of SARS.

Although both Koryo Tours and Young Pioneers said they believed the travel ban would be lifted very soon, it seems any opening will come to late for the marathon on April 12.

“The event is going ahead, but only with local runners. All foreign participants — amateur or professional — are barred,” Koryo Tours director Nick Bonner told AFP by phone from Beijing.

Bonner said his agency had been told to expect an announcement on the Ebola restrictions at the end of February.

“We hope it will be good news, but it seems it would still be too late for the marathon as the organisers need a long time to organise visas and other things,” he said.

Young Pioneers said on its website that it also expected the Ebola travel measures to be lifted “very soon.”

Ebola, one of the deadliest pathogens known to man, is spread through direct contact with the bodily fluids of an infected person showing symptoms such as fever or vomiting.

The World Health Organisation said on Friday that 23,371 people had been infected and 9,442 had died in the Ebola outbreak that has been ravaging West Africa, almost all in Guinea, Sierra Leone and Liberia.