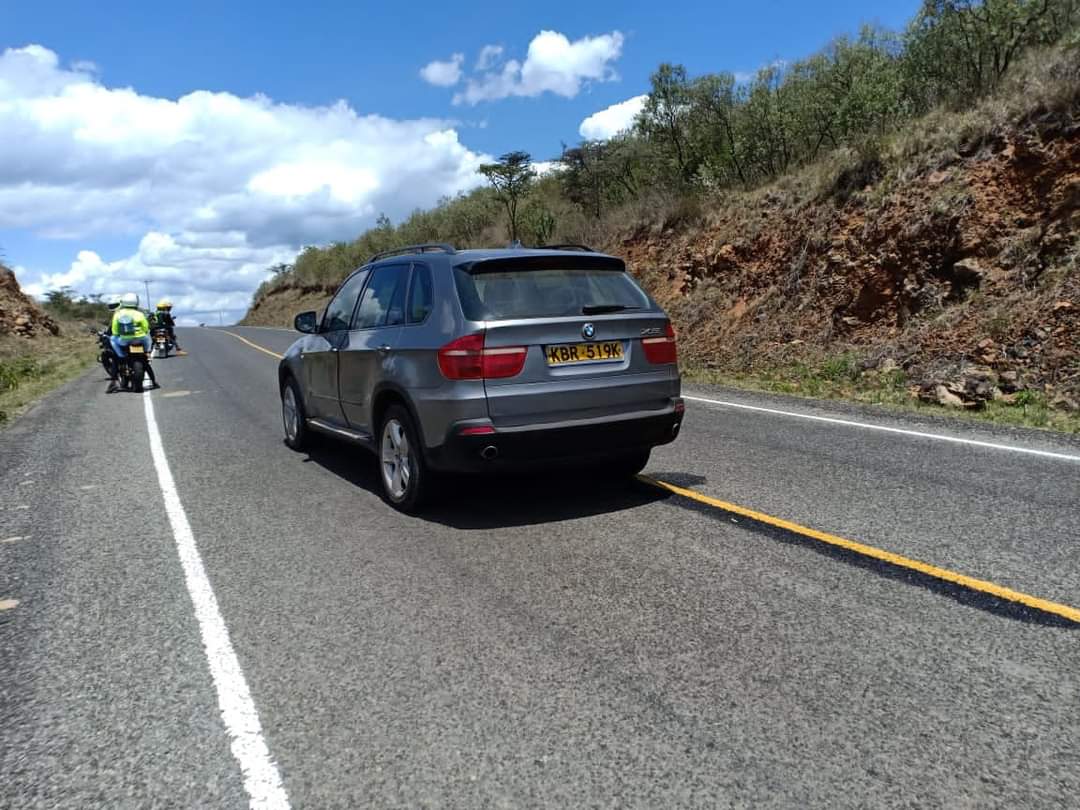 CAPTION: The BMW SUV which according to a Twitter user David Main was allegedly found abandoned in Naivasha

Images of a mysterious SUV which was reportedly found abandoned in Naivasha has become the latest trending topic on social media as netizens struggled to find an explanation for the puzzling incident.

According to social media posts seen by cnyakundi.com, the BMW X5 model (KBR 519K) was spotted near the Great Rift Valley Lodge on Sunday with all of its doors open.

Interestingly, the car keys are said to have been found still intact, as if the occupant had only momentarily stepped out of the vehicle.

Allegedly this car was abandoned in Naivasha, near Great Rift Lodge. The car keys are still in the car with doors open and no one knows what happened to the occupants. pic.twitter.com/krzGDxmJfM

With incidents of persons mysteriously disappearing and later turning up dead a normal occurrence in Kenya, it is no surprise that many turn speculative whenever such news is reported.

Most recently, a group of four men drove into a popular club in Kitengela on Friday, April 19, 2021, and had Nyama Choma and a few drinks, before they mysteriously disappeared.

Their car, a Toyota Mark X was found abandoned in a parking lot 500 metres from the club the following day.

Ever since then, their bodies have been turning up one by one.

Revelations that some of them had past criminal records have only left Kenyans with scary thoughts of what could have happened to them based on other such past incidences.

Might you know the owner of the vehicle above? Do let us know under the comments section.

You can also reach out via inbox.