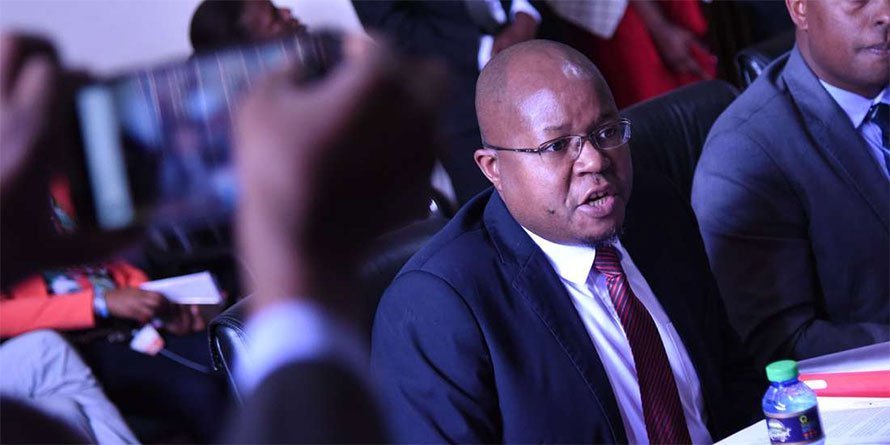 Pavel Oimeke, the corrupt EPRA Boss that was arrested while receiving a Sh200k bribe

News  on the arrest of the Energy and Petroleum Regulatory Authority (EPRA) CEO Pavel Oimeke reached me and as a person who knows, I was not shocked. I have written about his dubious ways, my blog is littered with his many scandals.

Oimeke who has grown to big for his court and has been boasting that he has ‘the system’ by his side.

Well, the system, though it reinstated him,  is now dealing with him. But perhaps, there’s a crack in the system. Some want him to stay, another part wants him gone. This is why a CEO of his stature has been made to sleep on the cold hard floor of Integrity Centre’s basement cells for receiving a Sh200,000 bribe to approve the opening of a fuel station in Oyugis.

This is what Oimeke has been doing as exposed by articles whose links I will share at the end of this article.

Oimeke had become too used to taking brbes that he failed to read the signs of the times. It is said he received a bribe in his office, when anti-corruption sleuths pounced.

As confirmed by EACC head of communications Mr Philip Kagucia, Oimeke was arrested by EACC detectives Thursday evening after receiving a bribe from an employee of a Oyugis-based fuel station to facilitate its opening.

The owners of the unnamed petrol station has already settled a fine of over Sh309,000 with Kenya Revenue Authority (KRA).

The Sh200,000 bribe that Oimeke received had been treated by detectives.