Inspector General of Police Hillary Mutyambai has warned private tailors that whoever will be found with police uniform will be arrested as all repairs are done by government appointed facilities.

Mutyambai is turning the heat on private tailors amid revelations that NPS is forcing officers to secure new uniforms at their own cost.

On Thursday, senators summoned the Interior Ministry and the IG to respond to reports that police officers were buying uniforms from ‘any tailor in town.

“When you go around the city, the ordinary retailers are now making police uniforms. It is becoming a dangerous security threat because somebody can walk to a retailer and get a police uniform and wear it,” said Senator Samson Cherargei.

The Nandi senator argued for investigations into the controversy surrounding the acquisition and distribution of the new dark blue uniform.

But the National Police Service has downplayed  reports that the Nairobi regional commander Rashid Yakub had directed the officers to secure the uniforms at their cost. 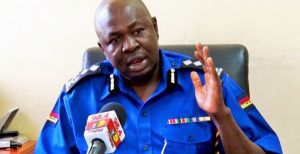 Police spokesman Charles Owino claimed that all officers have been fully kitted with the deep blue uniform that was adopted in 2018.

“We wish to state that Nairobi area police officers have been fully kitted with the deep blue working dress,” Owino said.

Cherargei demanded the Yusuf Haji led committee to establish whether there is a Kenya police uniform policy guideline in place.

The committee should also find out if there is a circular indicating to the officers that they can buy the uniforms on their own and the recommended retailers.

“The committee should state whether the National Police Service has provided uniform allowance to the officers to enable them to purchase the uniforms on their own,” Cheragei said.

Wajir Senator Abdullahi Ali told the state and the NPS to brass that the police uniform issue has become a big problem and a matter of security concern.