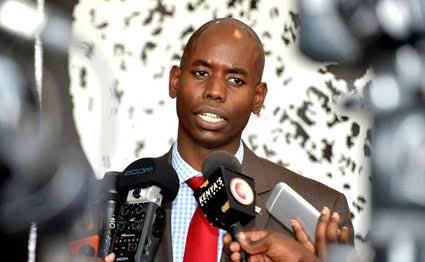 Fake British accent Paul Muthaura who has been in acting capacity as CEO of the Capital Markets Authority is under scrutiny following the completion of a forensic audit process on collapsed Mumias Sugar Company. Speculation is rife that Muthaura has been handed a Kshs. 300 Million bribe to sit on the report.

This is despite public pronouncements by the St. Mary’s fake British accent character last year, that the CMA will publicly name and shame rogue Corporates after malfeasance and corruption became the order of the day in corporate Kenya. Thieves masquerading as angels pilfered companies to death, despite early warnings and leaks from insiders.

These corporate thieves include Titus Naikuni, Chris Kirubi being the most prolific of corporate fraudsters in the country.

According to sources, President Uhuru Kenyatta who is a close associate and business partner of Governor Evans Kidero, has also asked Paul Muthaura to go easy on the forensic audit report, which as of now remains locked in a safe at the office of the son of former head of civil service Francis Muthaura.

Indeed, Governor Evans Kidero has been going round Nairobi, claiming to have the support of both Uhuru and Raila during campaign rallies.

Mathematically, Nairobians seem to transcend tribal voting patterns, as witnessed in the last general elections. While a Luo ODM candidate was elected as Governor, a Kamba Jubilee Senator was elected, with a Kikuyu Women’s Representative from Jubilee also carrying the day.

This goes to show that Nairobians vote largely with their heads and not necessarily by tribal inclinations as witnessed in other counties. Jubilee candidate Ferdinand Waititu despite having a longer political career than Kidero, and despite the fact that there are more Kikuyu’s in Nairobi than any other tribe, could not pass the test due to his aggressive and confrontational style of politics. Kidero positioned himself as a corporate manager who would handle Nairobi’s resources with transparency and accountability.

The same scenario is set to play out, with key opposition functionaries funding Jubilee’s Mike Sonko, because they know that should he bag the coveted Jubilee nomination, it will be a repeat of a 2013 script, since Sonko and Waititu have a similar modus operandi when it comes to confrontation, being in the news for all the wrong reasons and the likes.

It is indeed crucial that Evans Kidero portray an image of collaboration with Uhuru, in a bid to attract the Kikuyu vote. Indeed, the two have warmed up to each other with Uhuru said to have dined at Kidero’s residence severally.

So it is indeed plausible that President Uhuru Kenyatta is complicit with the act of Paul Muthaura hoarding the forensic audit report on Mumias Sugar Company, where gross financial crimes by the Nairobi Governor have been highlighted.

It is said that this report is so damning, and could lead to the compromising of Kidero’s candidacy based on the gravity of economic crimes, where they used to import sugar with some Somali sugar-barons, label it as locally-produced, thereby denying farmers in Western the much needed revenue gained from buying Sugarcane.

Indeed, Paul Muthaura has on several occasions cited “instructions from above” as the reason why he doesn’t wish to release the forensic audit report. Muthaura only reports to a few people in the country, one of them being President Uhuru Kenyatta.

The question is, why is President Uhuru Kenyatta protecting a Governor from the opposition? Why is he sabotaging his party’s own bid to bag the strategic Nairobi Governor’s position? Because such a report can act as fodder for a negative campaign against Kidero, compromising his current position as the front-runneCA.

It is some of these acts by Uhuru Kenyatta which have left his sycophants and advisors baffled because it is really difficult to work with someone who keeps shooting themselves in the foot. It’s for this and many other reasons that Uhuru is poised to be the first one-term President of Kenya.