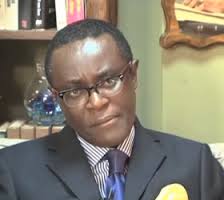 President Kenyatta has been under sharp criticism from Kenyans who have alluded that his foreign trips are overburdening the taxpayer . President Kenyatta spent 1.2 Billion in 2014 for  foreign trips alone . Yesterday, Kenyans on Twitter started Mocking president Kenyatta  with the popular  Hashtag #UhuruInKenya . The Hashtag Trended both locally and internationally forcing the government spokesman Manoah Esipisu to issue a statement that was Very unconvincing and total hogwash .

You see when Uhuru flies out  for these foreign trips, Many sycophants accompany him and the taxpayers have to foot the Bill .President Magufuli of Tanzania is trying to cut on foreign trips and  avoid unnecessary spending while his Kenyan counterpart is busy squandering taxpayers sweat in duties that he can  delegate .

In Probably a paid Tweet Mutahi Ngunyi caught feelings and Tweeted this.

#LetUhuruDoHisJob And let him do it the way he knows HOW. Who said FOREIGN TRIPS are bad? If @UKenyatta was an MCA, this argument would wash

The question is ” Is it wrong for Kenyans- Who have given Uhuru the mandate to rule them ” To question wastage of public resources ?

But who listens to Mutahi Ngunyi nowadays ? Has he finished spending the NYS loot by the way ? Just being curious