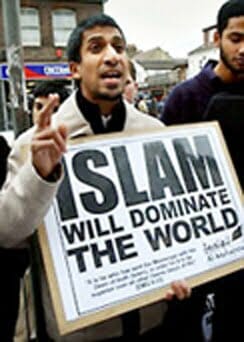 Now the muslim spinners will tell us that it has nothing to do with Islam. They will preach peace all over and tell us that we should live together as brothers and sisters even after hijacking hope FM and playing their annoying Islamic Tunes.

The Islamic Threat is Real. I have always said that WHETHER Radical or Moderate, Islam is Islam taught from the same Koran, same mosques and same clerics . not even mohammad can tell between a radical and moderate muslim !

Now they are hijacking our radio stations and even attacking us on social media. You cant speak your mind on social media without being attacked and labelled an Islamophobia self loathing Idiot. Then some guys will come out and tell us that we need to live together forgetting that multiculturalism  will never succeed when others dont respect basic rights eg women rights . It has failed in France where Hollande genuinely said it is an imposibility . In Germany it failed !!

Islam wants to dominate the world. Now they are hijacking radio stations and so they may hijack other places and we will be under Sharia Law where you are stoned for basic cases or your head is chopped off at a square amid chants ..