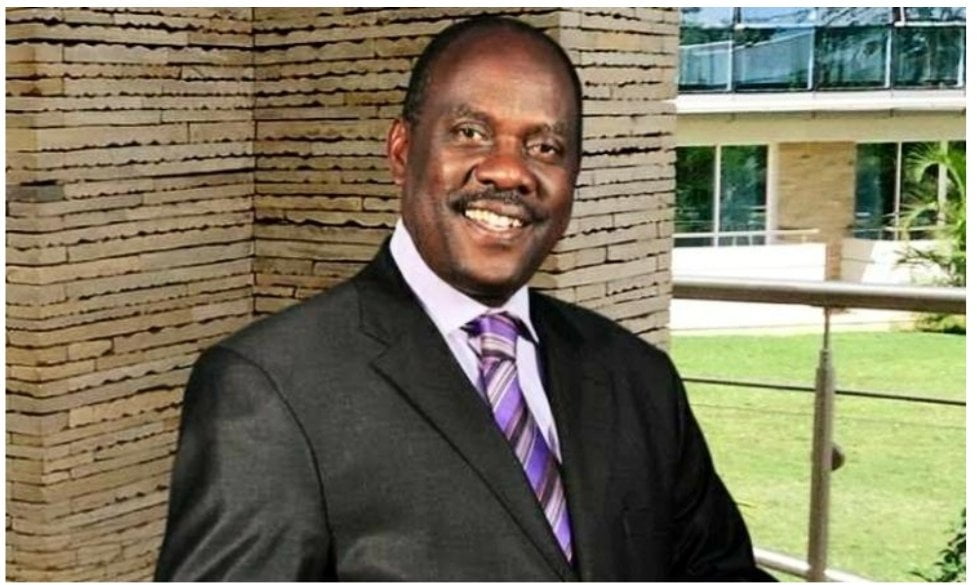 Former Gospel Musician Japheth Kasanga, MCSK’S Board chair (as per website) . David Murithii aka DJ D-Lite took over from him.

Today, Kenyans woke up to a trending issues; the Music Copyright Society of Kenya (MCSK) had send out an average of Kshs. 2500 as royalty for the year to several Kenyan artistes.

This is not the first time that MCSK is coming under fire. A few years ago, in 2016, Elani Music trio who were trending on almost all radio stations, clubs and Matatus in Kenya were shocked to receive a check of Kshs. 31,000 only.

Dobeez aka Abbas Kubaff that time receiced a meagre pay of Kshs. 89.

Dobeez had this to say:

“Still in shock mode…went to Music Corruption Society of Kenya (M.C.S.K.)and the bloody accountant had the nerve to pull out a document that stated my skiza tunes payment is 89 kenya shillings…WTF?????”

Yesterday, Kenyan rapper, one of the most active, Khaligraph Jones shared a screenshot of the pay he received as royalty from MCSK, a paltry Kshs. 2500, na ‘ya kutoa’.

MCSK was placed under two year freeze by the regulator KECOBO – Kenya Corpyright Board and only received a new license in January 2019 with a restructuring that names David Murithii aka DJ D-Lite as the new board chair.

Below are other complains from insuty giants that we sampled . 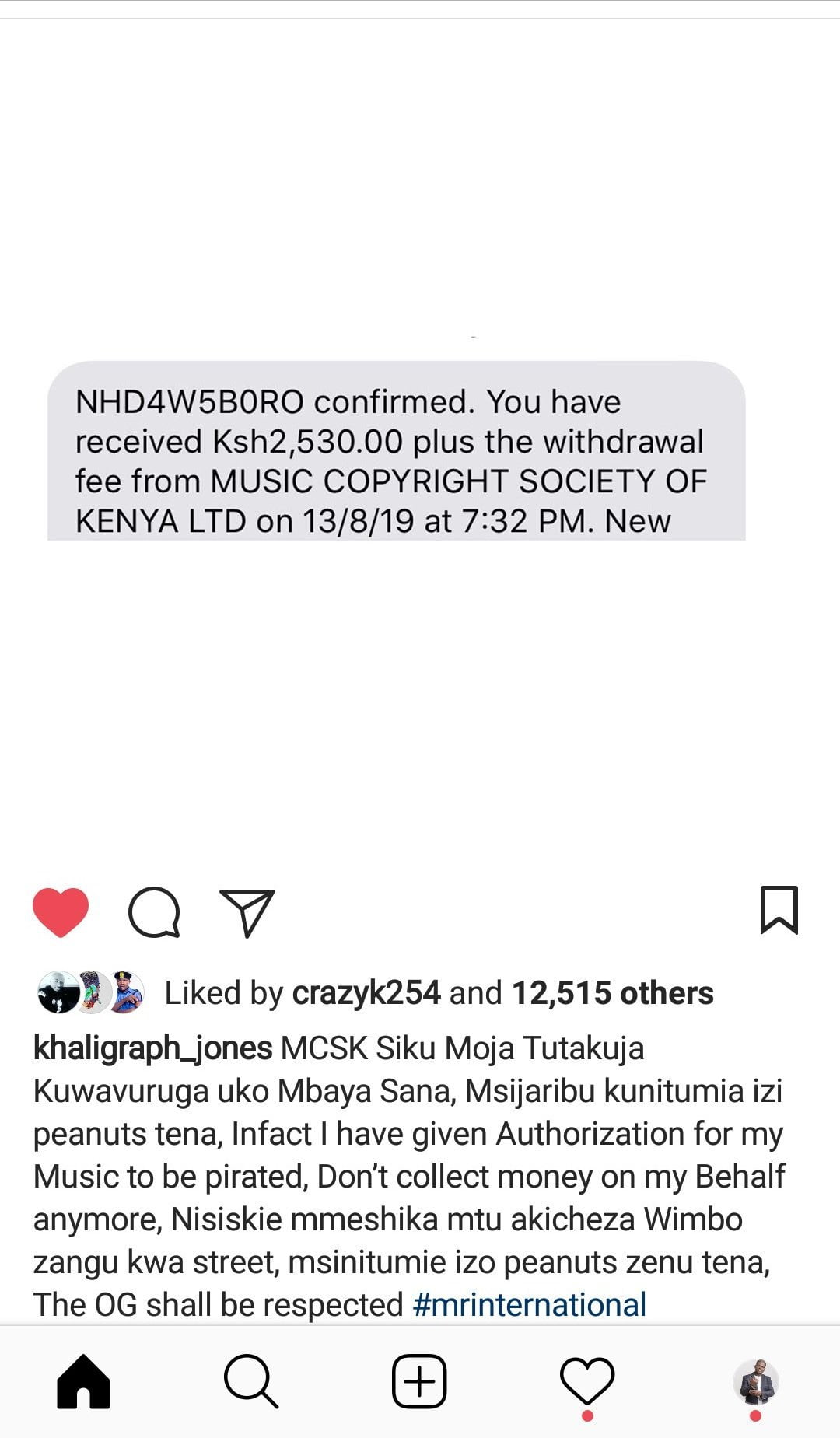 So MCSK sends everyone Kshs 2500 * 15k members that’s 37M are you sure that’s all you collected. Kukula jasho ya Mtu ni laana na naskia kama hauna license wanakushika right there and then, Wacheni ufala. pic.twitter.com/NyqHJl9yUC

This is what my group @Neica_Muzik have received from MCSK, tunacheza league na OG @KHALIGRAPH 😂😂 pic.twitter.com/ZPmIbP8Npu

Lol
Thanks Mcsk 😂😂😂
This music sometimes doesn't even feel like it's worth shit😂😂😂
We have all gotten same amounts pic.twitter.com/KJVuy8kxhG