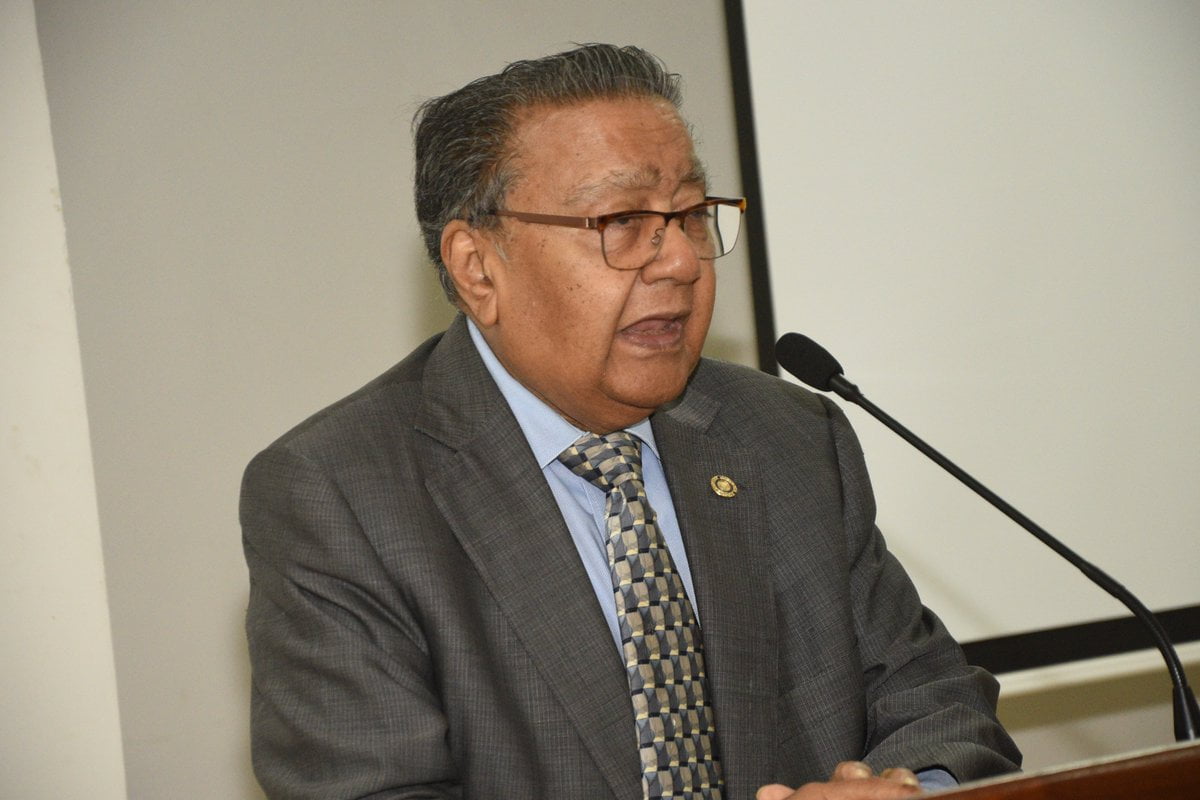 Manu Chandaria who has a penchant for not paying his staff their salaries for longer periods but has him and his family boast of wealth showing off cars, has a murder case on his hand.

A staff member whose identity is not yet known was found murdered and dumped in the waste yardof Chandaria Industries.

By the look of things, there was an attempted cover up.

What is happening at Chandaria Industries?

As the likes of @KCBGroup continues to parade and glorify education con @dchandaria, an employee is found murdered and dumped in the waste yard.

The serial land grabber passes off as a pilanthropist but that is further from the truth.

In 2019, Nairobi Governor Mike Sonko stopped the businessman from grabbing a piece of land occupied by squatters in the Mukuru Kwa Njenga slums.

“I want to warn Dr. Chandaria that l will not seat down and watch him frustrate the poor in the slums. If he wants to be compensated for the piece of land he should use the right channel,” Sonko said.

The high corporate conman who has a knack for sponsoring articles and video shows that ‘wash his image’ was in 2019 exposed for non-payment of bank loans.

Kaluworks Limited, a manufacturing firm that is part of Comcraft Group, owned by Manu Chandaria faced the auctioneer’s hammer over non-payment of multiple debts worth an estimated Sh6 billion.

A total loser who befits the slavery narrative that, For Kenyans working with Indians, It is 1619 everyday.

Time for PR is over, “Philanthropist” Manu Chandaria must know that we know who he really is. He is nothing but a conman who should be paying his debts just like he walks to all institutions using his philanthropist image and state-house name to ask for these loans.