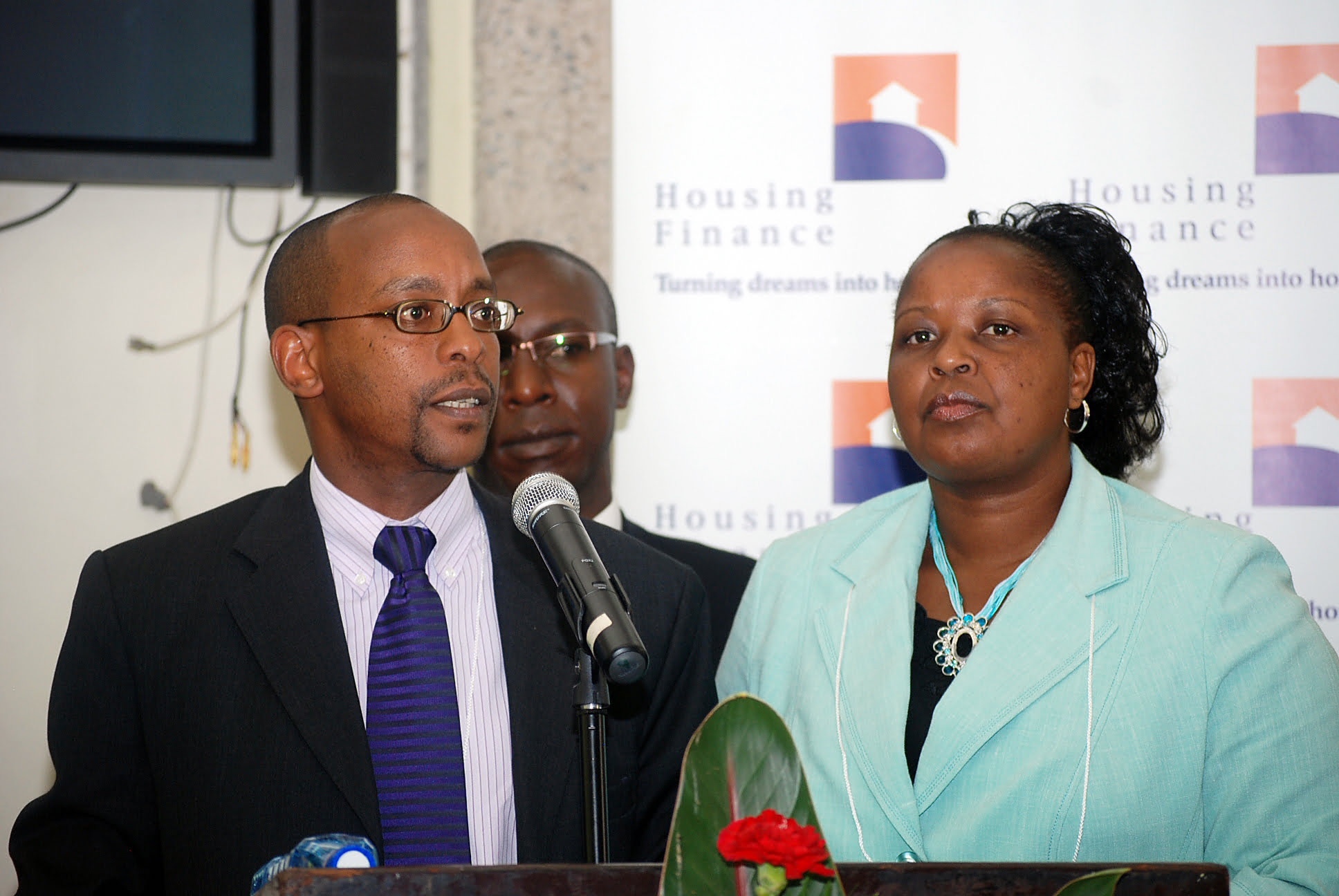 CAPTION: Frank Ireri the St. Mary’s wanker. He bribes journalists to claim how he’s a genius.

Another alumni from the St. Mary’s school of corruption is in the news, after fraudulently issuing loans contrary to Central Bank rules. Frank Ireri, the wanker with a fake British accent has apparently been abusing his position as CEO of Housing Finance, to fraudulently issue loans to in-laws and friends.

Frank Ireri has been bribing business journalists at mainstream media houses to lie to the public about his supposed “brilliance” and genius at running financial institutions. Even Kenya Pipeline Chairman John Ngumi has been masquerading as a “genius” who is extremely smart.

Kenyans, we told you to completely ignore the characters who are fronted by mainstream media. These are thieves who obscure their inherent weaknesses, in a bid to manipulate stock prices or execute grand heists using depositor or taxpayer money.

Frank Ireri signed off an illegal tranche of loans totalling Kshs. 660 Million to companies associated with Peter Munga, who doubles up as the Chairman of Equity Bank. We now advise clients to quickly withdraw their money from Housing Finance as the likelihood of collapsing is extremely high, following in the footsteps of Chase Bank, Imperial Bank and Dubai Bank.

One of the companies owned by Peter Munga which got an illegal Kshs. 130 Million loan through Frank Ireri, is Equatorial Nuts Company. 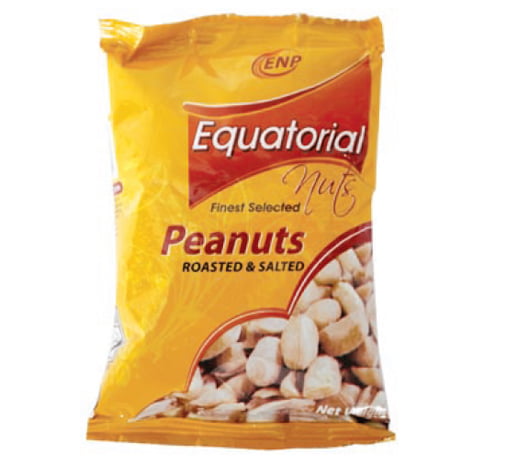 CAPTION: Next time you eat these nuts, please remember that poor depositors were exploited by greedy bank directors, to give fraudulent loans.

You will all remember that Peter Munga fraudulently acquired the Pioneer School from a borrower at Equity Bank, who was unable to pay his debt. Munga recently acquired Imani School at Del Monte Estate, and his plan is to fund Jamleck Kamau as the next Governor of Muranga, because he is interested in taking over the lease of the Pineapple Grower. He has also been financing Mwangi wa Iria to cause chaos on Del-Monte due to his interest in the vast land. 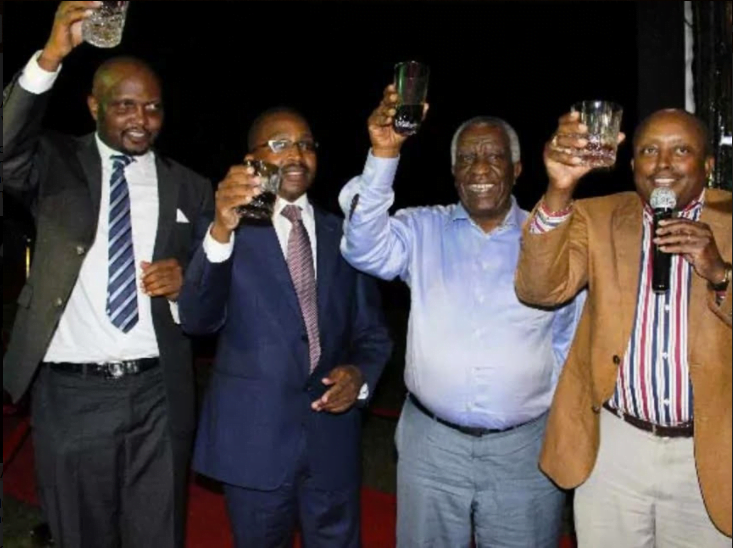 Munga’s greed is legendary, and Karma recently got the better of him, after his only son committed suicide by jumping out of the balcony of Black Diamond Club in Westlands, plunging to his death.

Early December 2013, Joseph Tharuma Munga, 38, a software engineer and the son of Equity Bank chairman, Peter Munga, allegedly fell from the second floor of Black Diamond club at Bishan Plaza on Mpaka Road under unclear circumstances. Joseph, popularly known as JT, died at a Nairobi hospital after he succumbed to injuries following the fall. When he died police were still investigating claims that he committed suicide. JT had gone to the club at about 2am and was having refreshments.

According to Daily Nation, CCTV footage seen by the police showed two women left the club before they were followed by JT a few seconds later. He was, however, seen leaving the restaurant alone, before screams are heard a few minutes later. The two women were found with the victim’s phone and wallet. They were released after interrogations. Detectives were also unable to establish the identity of a man who escorted the two women to the station and identified himself as a CID officer based at Central police station. The man went underground. 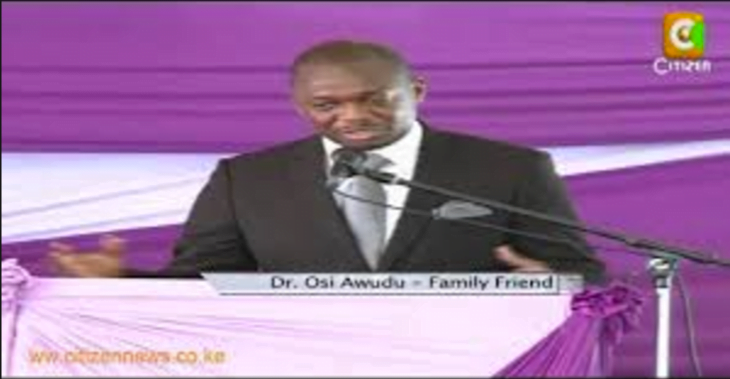 CAPTION: A family friend of the late JT Munga who spoke at his funeral.

Despite the death of his son, Peter Munga continues to loot with impunity, as if he wants to spread his curse to the rest of his children and grand children.

Peter Munga is a man who uses other people’s money, so as to acquire property or fund his businesses. Former President Mwai Kibaki stupidly appointed Peter Munga as Chairman of National Oil Corporation of Kenya, where the corrupt Kikuyu from Muranga Looted it to its death-bed together with former Energy PS Patrick Nyoike. 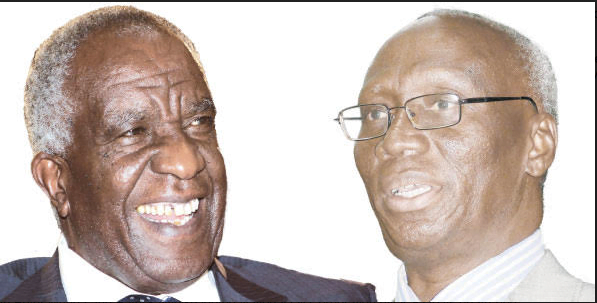 Recently he was in the news bidding for Britam at Kshs. 9 Billion which he wanted to steal from Equity Bank.

Equity Bank directors are all thieves, with for instance Daniel Muchoki who was given an illegal loan to build Summerdale Hotel in Nairobi West, which shares the same block with Equity Bank. Essentially, Muchoki was paid rent for 25 years by Equity, enabling him build the hotel as an extension to the bank.

Which is why we aren’t so confident with “Opus Dei” Central Bank Governor Patrick Njoroge who has been unable to tame the greed of these bankers, who use depositor-money to trade illegally. Opus Dei could turn out to be an over-glorifid creation of the media, who only sits in his office to act as a gate-keeper for the corrupt corporate class.

Due to the imminent death of Housing Finance, and the obvious lack of political goodwill to deal with these crooks firmly and decisively, we now ask Kenyans of goodwill to join us in this hashtag #MungaTheThief , hoping that sense will finally manifest, and police to arrest this Munga character.