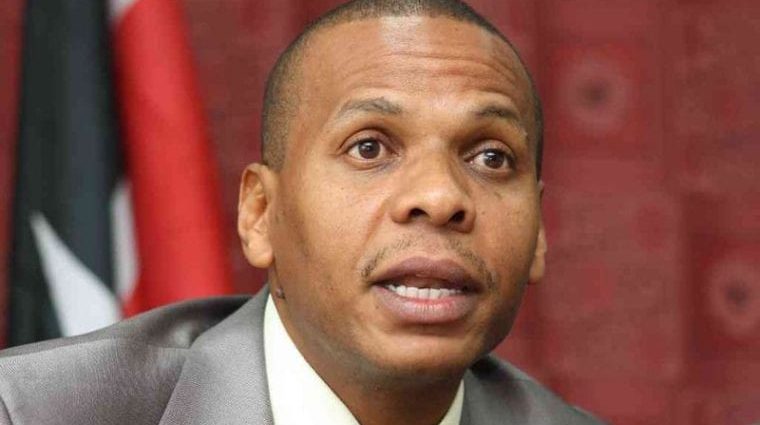 It was a reprieve for former Garsen Member of Parliament Danson Mungatana and his co-accused Collins Paul Waweru after they were on Tuesday released on a Sh200,000 cash bail in a case where they were charged with obtaining money by false pretences.

Appearing before Judge Abdulkadir Lorot, the two also urged the court urged to defer plea so that they can pursue reconciliation with the victims of the fraud.

In the application made through lawyers Lynn Ngugi and Peter Wena, they want to be allowed to settle the matter outside court through alternative means.

“We have looked at the willingness of the complainants to withdraw the case. Justice is not only about the convictions and sentencing of the accused. The Constitution enjoins the court to other methods of reconciliation,” said Ms Ngugi, explaining that the out-of-court settlement is aimed to reconcile the parties and save judicial time.

Although the prosecution opposed — citing the state is listed as a complainant in most of the charges to be preferred against the accused persons — sources closely following the case say it is highly likely for them to evade court trial in the 15 criminal counts levelled against them by the prosecution when the chief magistrate rules on the application on Wednesday morning.

Mungatana and his co-accused Paul Waweru were arrested on August 11 for obtaining up to Sh 1 million from their victim who they had promised a Sh70 million tender.

According to detectives, Mungatana purported to be working for a top security agency and had promised the victim cereals and building tenders.

The victim presented documents to a security agency purported to have originated from them but were found to be fake after scrutiny.

Detectives arrested the former MP before the victim was to pay another Sh1 million at a hotel in the CBD.

The charges facing Mr Mungatana and his associate include conspiracy to defraud, obtaining money by false pretence, forgery, making of documents without lawful authority and uttering false documents.

Should the application be allowed, the victims will be refunded Sh1.96 million that they gave to the suspects on diverse dates between July 13 and August 11.

According to the charge sheet, they obtained the money from Ann Wairimu Thumi and Cynthia Muthoni Kamau with intent to defraud.

Mungatana has maintained that he was arrested in line of duty and therefore innocent.

DCI officers are pursuing two other suspects who are still at large.