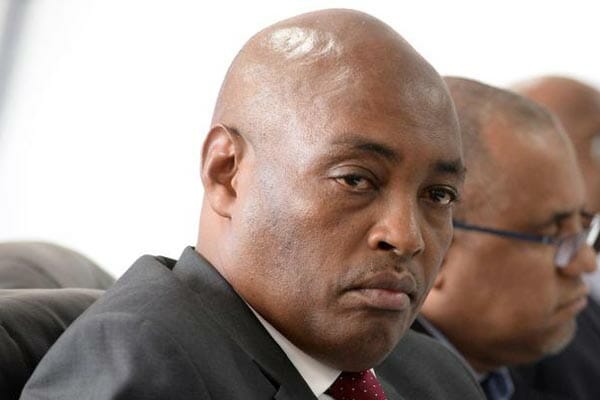 His name keeps popping up in almost every major investigation, and for all the bad reasons.

Like his appointment by President Mwai Kibaki in 2010 on the eve of the promulgation of the Constitution, Director of Criminal Investigations Ndegwa Muhoro has never been far from controversy.

Mr Muhoro was appointed on August 26 to avoid vetting requirements stipulated by the Constitution, which was promulgated on August 27, though he was later screened when the National Police Service Act came into force in 2012.

Among the controversies in which Mr Muhoro has been adversely mentioned are the National Youth Service scandal where Devolution Cabinet Secretary Anne Waiguru asked him to investigate instead of the Ethics and Anti-Corruption Commission.

Months after the investigation, reports emerged alleging a cover up — the names of big shots involved in the scandal in which Sh791 million was lost were missing.

Instead, the names of junior officers were released to the public until Director of Public Prosecutions Keriako Tobiko directed Ms Waiguru to record a statement.

Mr Tobiko also brought the anti-graft agency into the investigation.

Mr Muhoro’s alleged ruthless streak has deterred politicians and commentators from talking about him in public “lest he strikes back”, a senior opposition official who claims to have once fallen foul of him said.

“His confirmed stay in government is a reflection of President Uhuru Kenyatta’s dysfunctional administration that does not know who is working and who isn’t,” he said.

FILE CONFISCATED
Through Mr Abdullahi, Mr Stephen Jennings, a foreign shareholder in the Tatu City project, claimed Mr Muhoro was protecting Mr Nyagah and his associates on allegations that they defrauded him of land belonging to Purple Saturn Properties Limited, an associate company of Tatu City.

Mr Abdullahi told the court that his client made a complaint to the CID on August 3 against Mr Nyagah.

The officer investigating the matter, Inspector Ezekiel Masaka, recommended that a number of people be charged.

But before the file was forwarded to the Director of Public Prosecutions, Mr Abdullahi claimed, the CID boss confiscated it.

“We have information he has been calling the suspects and sifting through the evidence to scuttle the case,” he said.

Neither Mr Muhoro nor the National Police Service Commission Chairman Johnstone Kavuludi were willing to comment when they were  contacted .

Mr Muhoro’s name has also been mentioned in the Koinange farm dispute murder.

One of the women who was removed as an administrator of the property of tycoon Mbiyu Koinange, Ms Eddah Wanjiru Mbiyu, earlier this year asked the Independent Police Oversight Authority to investigate the DCI over allegations that he was protecting lawyers she claimed were siphoning money from the estate.

She accused lawyers Alice Wahome, Evans Monari, Beatrice Kariuki and Maina Nyangena of forging a court order which they allegedly used to withdraw Sh284 million from an estate bank account.

Under the new Constitution, the Directorate is a powerful, semi-autonomous agency and its boss is appointed by the National Police Service Commission.

MALPRACTICE CASE
Although some of his predecessors have had equally controversial stints, it is the frequency with which Mr Muhoro’s name keeps coming up that is striking.

In July, he was entangled in a Sh70 million Nakuru robbery court case where he was mentioned as having transferred Flying Squad Chief Samwel Barongo to frustrate the case.

“Even some western embassies in Nairobi have openly said they will not deal with the Directorate of Criminal Investigations in matters of integrity. That shows how low it is regarded as an impartial investigator,” said Mr Abdullahi.

The director has not only been accused of interference in high-profile economic cases but also political ones.

Senate Minority Leader Moses Wetang’ula has accused him of reviving an election malpractice case against him that had been concluded.

“My lawyers have a report of the outcome of the investigation concluding that no offence was committed,” Mr Wetang’ula said. Cord co-principal Kalonzo Musyoka once accused Mr Muhoro of acting on instructions from the Executive.