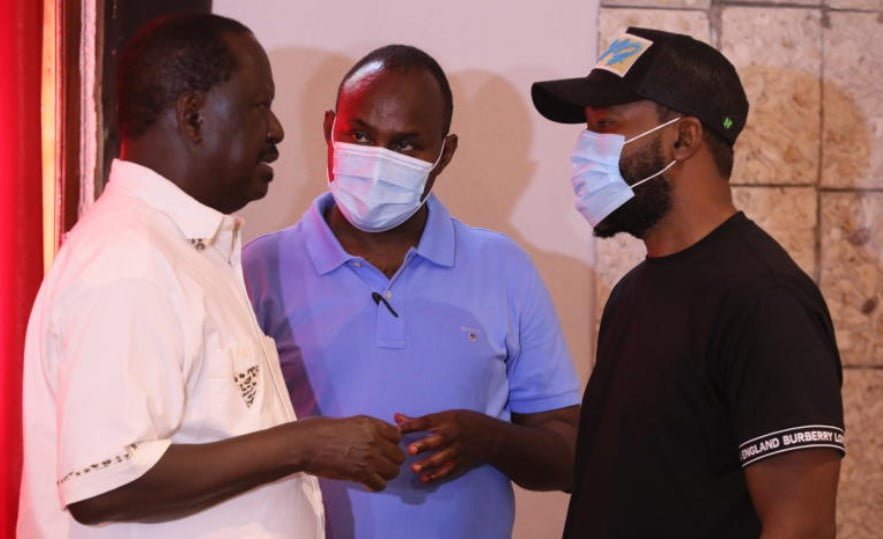 Things turned stormy at the Diani Reef Hotel in South Coast on Tuesday during a meeting hosted by the Orange Democratic Movement (ODM) party leader Raila Odinga to discuss the recent Msambweni by-election.

According to reports by media, local leaders resulted in a blame game, taking turns to accuse each other of abandoning the party’s candidate in the lost race.

From sources who were within, following the conclusion of the conference, members identified several flaws that left them vulnerable to Deputy President William Ruto’s fierce campaign strategy that saw independent candidate Feisal Bader emerge victorious.

Some of the issues identified were poor coordination in protecting votes given the party did not have any agents present in most of the polling stations.

It was also noted that the party did not have a proper plan in place to rally voters to go out and vote for its candidate.

Members said failure by the party to recruit volunteers to mobilise voters led to a low turnout even in areas ODM candidate Omar Boga was popular.

This was generally attributed to the lack of funds.

Responding to detractors, Raila dismissed claims that his party is slowly losing its grip down at the Coast following the latest loss in Msambweni, arguing that ODM has won many by-elections in the past and that one loss does not mean the party was becoming unpopular.

“We have called the meeting to understand the dynamics (surrounding the by-election) and reorganise ourselves. ODM is still strong,” he told members of the press in the company of other leaders after the gathering.

The leaders, who included Mombasa Governor Hassan Joho, vowed to reorganise the party’s grassroots grasp and start campaigns from next month against Ruto’s Tanga Tanga group.

Last week, Feisal Bader took over as the Msambweni Member of Parliament after taking the oath of office in the National Assembly.