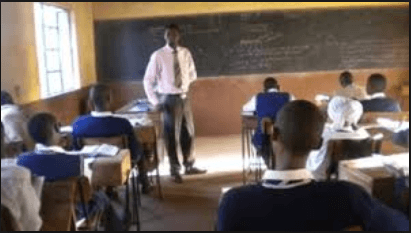 As highlighted earlier, I want this information to get into the limelight.

There are teachers in Marsabit who have suffered a lot.

The school is called Marsabit mixed day secondary. The principal is Mr Adan Wario. He has intimidated his staff to an extent that they can’t talk. When in school, you are not allowed to talk to colleagues, otherwise you will be slapped with a warning letter, allegedly copied to TSC.

About 2yrs ago, he interdicted a Mr Mustapha, without clear grounds. The teacher suffered but was later brought back to the payroll upon transfer to the neighbouring Moi girls.

Last year he interdicted another Mr Ababu, and the grounds were that he had refused to take 1000, allegedly for buying shoes. He came back from a trip he had taken them to Moyale and abused this teacher at the assembly, in the presence of students and staff.

The teacher felt aggrieved, sought help from the TSC office in Marsabit but nobody wanted to listen to him. Frustrated and feeling threatened, he walked out for his safety. He was interdicted. Appearing before the TSC panel, Mr Adan Wario never even greeted him. The teacher was later transferred.

Recently, this second term, he announced in the staff meeting (brief) that he will deal with the non-local teachers especially for not attending illegal tuition he had organized in the school. His threats came true.

Md Mercy, one of the teacher’s, father was sick and she sought permission from TSC county office and was granted. The principal on learning about it called them and revoked it. Md Mercy cried to the TSC county office but was turned down.

After a week, her dad passed away. She sought permission to attend his funeral, was granted a compassionate leave. The principal on learning about it called madam Habiba at the TSC county office telling her that the teacher was to attend a disciplinary meeting that weekend hence didn’t qualify.

Madam Habiba came running to the school, found MD Mercy and demanded that he be given the leave sheet back. Madam never gave her but instead left for the funeral. She had been scheduled for an interdiction, and so the axe had to shift to someone else. The board meeting was held and a different teacher interdicted, Mr Jared.

Among the allegations was that he chairs kangaroo meetings in the school with other non-local teachers. He had been promised a lesson and within a week it came knocking.

Mr Jared has just started his interdiction. To interdict other teachers, he assigned two teachers from Kisii county to be on duty during the holiday, last week.

Unfortunately for him, they attended the duty. He also assigned another one from Kisii county to be on duty next (last week of the holiday). This is meant to frustrate them and force them to bend low to his illegality.

Besides, he assigns you duties outside station like sports, if you don’t win, he writes a casualty return that you were not on duty anytime you differ. Last month, he recovered more than three-quarters of Mr Dennis’ salary, that he was not on duty, yet he permitted him to attend his dad funeral, and some of the days he sent him to represent the school in the county and regional games.

He has misused TPAD to terrorise teachers. He will get to the class late, sit at the back as you teach for 5-10 minutes, then click loudly and leave students laughing at you as he goes out.

The list continues. And he believes and brags that nothing can be done to him since he was in the same staff with Mr Farrah of the TSC headquarters.

Someone help before the teachers die in his hands