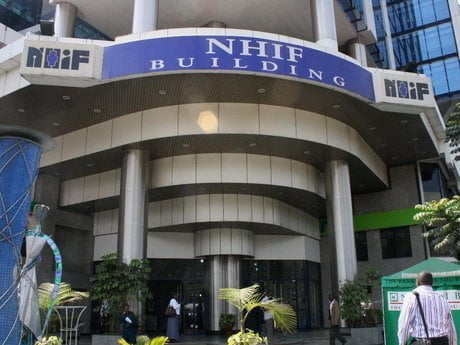 Mountains of evidence and documents given to the editor of this site reveal that most National Hospital Insurance Fraud happened at the North Eastern region, exposing a weak NHIF management that is behind multi-billion scams.

The editor of this site has received various original documents that will be scanned and made available for Kenyans to peruse and understand how the NHIF has been invaded by looters determined to loot impunity and walk away free.

In most cases, the patients in hardship areas didn’t know that their details were being used to commit fraud by cartels at the National insurer.

In one case in our possession, Linda mother visited a hospital for a birth certificate but it turned into admission.

According to our source, the National Hospital Insurance cartels have taken advantage of the ignorance of the North-Eastern region people to commit this fraud that amounts into billions of shillings, we can confirm.

If detectives were to focus on the North-Eastern region alone, it will be a big shocker since the fraud in the region is shocking and unbelievable.

According to investigations, The National Hospital Insurance Fund (NHIF) could have lost more than Sh10 billion in false medical claims, something we dispute because the figure is almost double what is known.

Shockingly, the NHIF corrupt management says they’ll investigate this fraud, yet most of it is masterminded by their own staff as we will reveal in our next exposes.

President Uhuru, the state-house joker claims that universal health is one of his big four agenda but has failed to stop cartels sabotaging his agenda. The NHIF Board, despite being corrupt, is still in office to mastermind more heists.