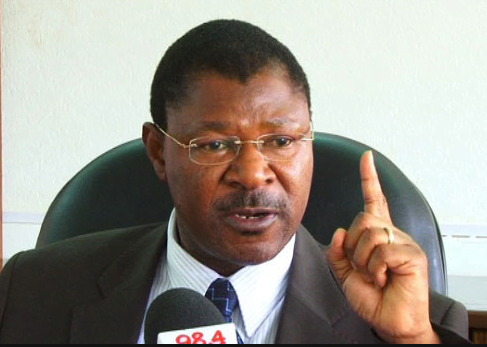 Bungoma Senator Moses Wetangula found himself in trouble with Kenyans on social media after he tried to be sleek and left out his wife’s name in his International Women’s Day message posted on his Twitter account.

In his message, Wetangula paid tribute all womenfolk and reminded all governments and persons in positions of power that women’s rights and gender equality shouldn’t be a priority.

He finished off the message with an honourable mention to his mother, sister and daughters.

Kenyans couldn’t help but notice that the Senator had left out his wife’s name and were immediately on his case.

Plus wife, you forgot to mention

What about the wife?

Weta whats about your wife?

Sema Heko to your Wife too hata kama unamuogopa

Wetangula was forced to make a fresh tweet and this time, he made sure he mentioned his wife.

I join the womenfolk in celebrating the International Women's day. Governments and persons in authority need not be reminded that women's rights are human rights and that equality between men and women is not anybody's option. Heko mum, wife, sis & daughters.