Gatundu South Member of National Assembly (MP) Moses Kuria has this evening complained about a Jubilee blogger threatening him with death for his stand against President Uhuru Kenyatta’s side of Jubilee.

“Deep state using Harambee House blogger Weston Wanjohi to threaten me with assassination JM Kariuki style. And DCI will still not act on this. Like father like son” , he tweeted as he shared rhe picture below. 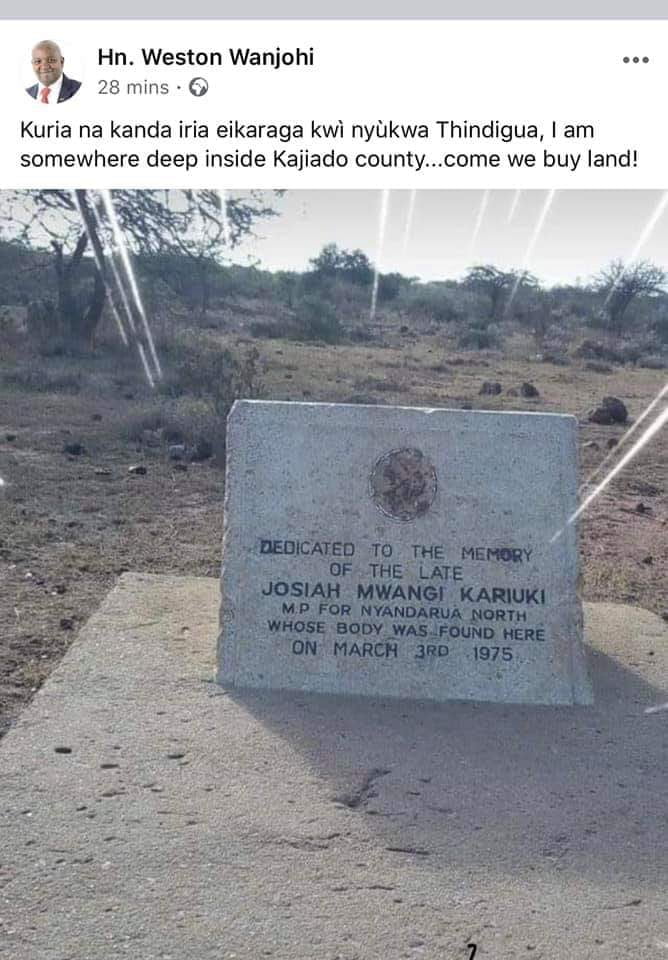 On the same tweet, a Twitter user replied telling hin that he was being haunted by the spirit of slain IEBC ICT Director Christopher Msando, to which Moses Kuria replied, ‘Msando was killed by the same system that killed JM’. 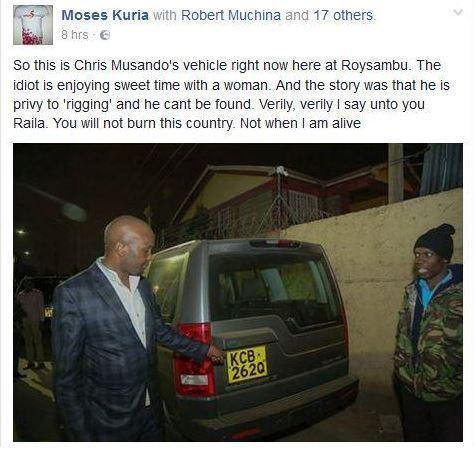 A few weeks before elections in August 2017, Chris Chege Msando, a very key figure in ensuring that the elections run smoothly, IT-wise disappeared and was found dead.

Msando’s thumb was chopped ostensibly to aid in logging into the systems using biometric.

When Msando’s car was found behind TRM along Thika Road. The loud mouthed MP was the first on the scene.

The August elections were later nullified and Kenyans had to vote a second time on 26th October 2017. 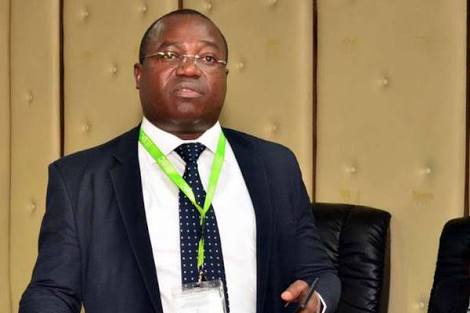 Msando was killed by the same system that killed JM