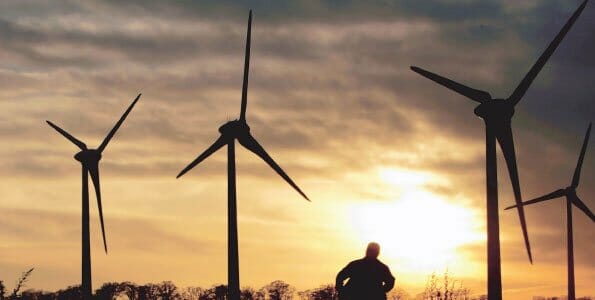 Even before Parliament  ink dries on corruption allegations against various Parliamentary committees, I have unearthed an International web of corruption featuring two International bodies, a Senator, a group of activists and the County Assembly of Marsabit.

Another set of #ActivistsOfDoom2 has pitched camp in Turkana and they want Africa’s largest wind farm located in Turkana shut down, a private investor kicked out and one of their own given the same job.

According to minutes obtained and forwarded to me by a whistle blower, Open Society and Heinrich Boll Foundation are the key financiers of the plan.

The two organizations are using renowned activists, NGO’s and a senator to execute the evil plan.

Part of the minutes reveal, “It was also decided that the members of the County Assembly will be the focal points,” explaining, “ The committee enjoys unanimous political support among county assembly members of Marsabit except for Loniyangalani ward.”

Other than the two international organizations, The Yansa Foundation and Friends of Lake Turkana have been added as friends of the Committee because, “ they have been invaluable in the struggle so far”

Minute 3/2/2015 reveals the plan, “ Most important of all a letter needs to be sent to The President as soon as possible, and petition letters/legal positions need to be sent for further discussion at the county and National Assembly. If the President does not respond within two weeks we will publish the letter as an open letter.”

Marsabit Senator, Eng. Abubakar Godana Harugurah, is quoted to have told the meeting held at Beleisa Hambule’s residence that “ we need to move as a matter of urgency and get international attention and support so that the Government can start to address the community concerns”

In the Open Society meeting, the Senator urged the committee to “raise the community expectations on job creation (as a way of encouraging dissent)”

Ikal on her part said “ we will support you, we will facilitate Community dialogue to mobilize opposition to project and we will even bring a wind expert so as to help the county assembly in their opposition of the Project”

The entire opposition is financed by Yansa Foundation who provide details on how to mobilize communities against government. After kicking off the current consortium the group favours the foundation to take over and not the community who are only pawns in a major international conspiracy.

On 4th Feb 2015 the group then holds a meeting at Heinrich Boell Foundation in Nairobi with Ikal Angelei and Peter Leitemu joining via skype.

Turkana Wind Farm shut down will be a major blow to a project that aims at providing 300MW of reliable, low cost power to our National grid

The Project is of significant strategic benefit to Kenya, and at Ksh76 billion (€623 million) will be the largest single private investment in Kenya’s history. The wind farm site, covering 40,000 acres (162km2), is located in Loyangalani District, Marsabit West County approximately 50km north of South Horr Township.

The activists according to minutes have planned to stop the project by paying off opinion leaders, sponsoring litigation, creating a social media presence, writing letters to financiers of the project
To start with the #ActivistsOfDoom2 have formed a local outfit going by the name Sarima Indigenous People Land Forum.- Just google and you will see their site online.

Minutes dated 7th February 2015, adopted a name with the explanation that “we need a name that is inclusive for all communities and given that the wind farm is located at Sarima that would be a natural good name”

Adding, “The group adopts the name Sarima Indegenous People Land Forum, the logo of the forum should include a camel eating an acacia tree which is bending towards the lake, each community must have two reps”

The Project will comprise 365 wind turbines (each with a capacity of 850 kW), the associated overhead electric grid collection system and a high voltage substation. The Project also includes upgrading of the existing road from Laisamis to the wind farm site, a distance of approximately 204km, as well as an access road network in and around the site for construction, operations and maintenance. The Kenya Electricity Transmission Company Ltd (Ketraco), with concessional funding from the Spanish Government, is constructing a double circuit 400kv, 428km transmission line to deliver the LTWP electricity along with power from other future plants to the national grid.

The Project proponent is the LTWP consortium comprising KP&P Africa B.V. and Aldwych International as co-developers, Industrial Fund for Developing Countries (IFU), Wind Power A.S. (Vestas), Finnish Fund for Industrial Cooperation Ltd (Finnfund),and Norwegian Investment Fund for Developing Countries (Norfund). LTWP is solely responsible for the financing, construction and operation of the wind farm. Aldwych, an experienced power company focused on Africa, will oversee the construction and operations of the power plant on behalf of LTWP. Vestas will provide the maintenance of the plant in contract with LTWP. The power produced will be bought at a fixed price by Kenya Power (KPLC) over a 20-year period in accordance with the signed Power Purchase Agreement (PPA).
I am concerned because this will make us lag behind economically.