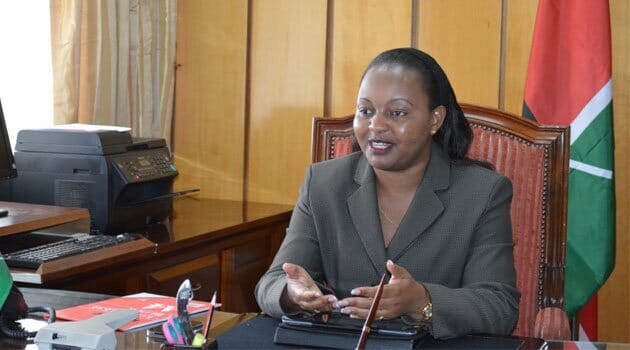 At least 1.6 million Kenyans are facing famine, according to the Ministry of Devolution and Planning.
A multi-agency assessment meeting of stakeholders pointed out that immediate relief was required for the next six months to support affected areas.

“The findings of the assessment estimate that at least 1.63 million people are acutely food insecure and will require immediate assistance over the next six months,” the joint statement by the national and county governments indicated.

They linked the famine to failed rainfall in Mandera, Garissa, Isiolo, Wajir and parts of Tana River County.

Other affected regions are Tharaka Nithi, parts of Meru, Makueni and Kitui Counties.

Crop failure has been reported in some of the areas that were otherwise productive if there was to be reliable rainfall.

Due to the famine, 922 cases of cholera in lower parts of Kisii, Homabay and Migori have been reported.

Production from livestock has also been affected especially in the arid and semi-arid regions of the country.

“In pastoral areas, normal pasture and water sources have been depleted and availability of milk has declined. In addition, livestock prices are on a downward trend and malnutrition problems are on the increase,” the statement indicated.

In the assessment conducted between January 26 and February 6, an unidentified camel disease was also recorded in Marsabit and Garissa where 200 animals were affected.

Devolution and Planning Cabinet Secretary Anne Waiguru said together with other partners, the government has started providing relief to most affected regions.

One of the immediate interventions involves provision of food every month to affected regions.

National Cereals and Produce Boards will also be stocked with relief maize to be disbursed to families.

Thirteen counties which have been on the government’s and World Food Programme will continue to assist the 691, 800 people targeted.

As long term measures, the national and county governments said they were working together to ensure comprehensive water harvesting methods are implemented for water and food security purposes.