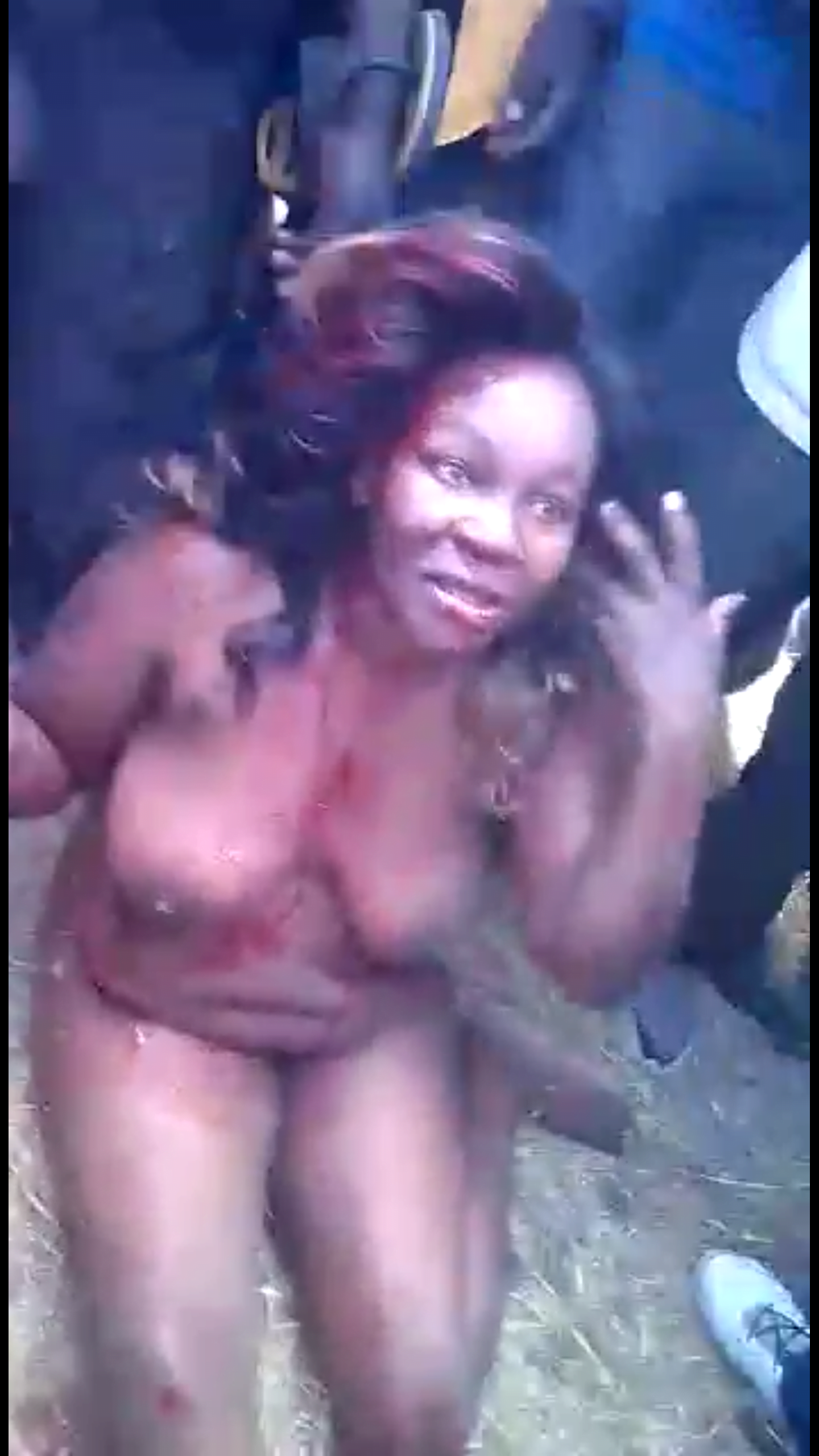 CAPTION: Butt-Naked Kikuyu Woman who was murdered by Kamba’s in Machakos Town.

A group of Kamba men took the law into their own hands, and mob-justiced a Kikuyu Woman in Machakos, with the video going viral on social media.

The woman had apparently spiked someone’s drink with the sleep-inducing drug, where women especially those who live in the Zimmerman/Githurai area, have perfected the art of drugging men and then robbing them off their valuables.

But what is most disturbing is the tribal connotations in the video, with the Kamba crowd getting more vexed with the tribe of the woman.

The moment they heard that she’s a Kikuyu, the Kamba’s became even more hostile, preferring to take the law into their own hands, dispensing mob-justice and murdering the Kikuyu Woman

This incident comes at a time when there was tribal tension between Kamba’s and Kikuyu’s, who clashed in Machakos town today, citing “encroachment” of their land by “foreigners” . NASA luminary Johnstone Muthama is normally the architect of such tribal Hate-Speech, and speculation is rife that he funded the rowdly Kamba youth’s today. 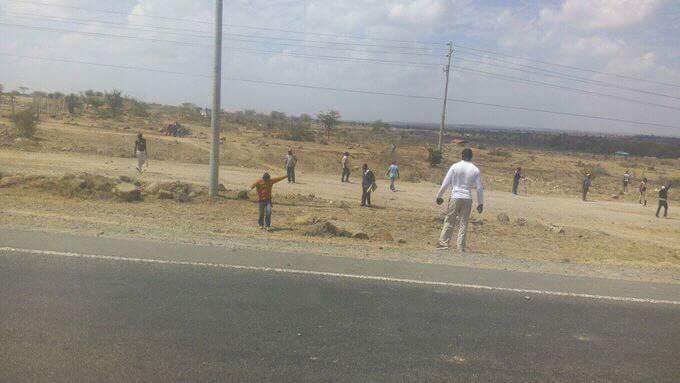 CAPTION: Clashes between members of the Kikuyu and Kamba Communities in Mto-Mawe Machakos earlier today over land disputes. Johnstone Muthama funded the chaos.

Historically known as the community of Idiots and dumb robots, Kamba’s continue to be misled by Johnstone Muthama, yet he has been doing business with Kikuyu’s, beginning with Uhuru’s mother and Kenya’s defacto President, Mama Ngina Kenyatta.

Just incase you’re confused, rumour has it along the corridors of power that Uhuru is always high, nursing hangovers, leaving his mother to call the shots in the country. It’s the reason why Kenya is being run like a village-council, by people who talked a big game prior to their election.

In one of the parcels of land she grabbed in the Coast Province laden with minerals, Muthama has been selling the gemstones with Mama Ngina.

So a community of Idiots is conditioned to hate another community by a foul-mouthed individual, who made his money trading with the same community that he’s asking his tribesmen to disassociate with. Aren’t Kamba’s the dumbest people on earth?

Just like politicians in South Africa are inciting locals into xenophobic attacks against foreigners, Muthama is the source of anti-Kikuyu rhetoric and sentiment amongst the Kamba community.

Watch this horrific video clip of Kamba’s getting vexed especially after hearing that the lady in question, is a Kikuyu.

Moronic Kikuyu’s and idiotic sycophants of Jubilee from Central Kenya need to see first-hand the net-effect of Uhuru stealing and plundering the country using the tribe’s name. While Kikuyu’s are mostly poor, resorting to cheap stunts of drugging men for money, Uhuru is stealing in their name, confining them to poverty and still demolishing their reputations while at it.

We all think Kikuyu’s are thieves because Uhuru claims he has the blessings of his community when stealing. Yet we can see the hopeless Kikuyu bastards getting broker and broker by the day.

The irony is that Kikuyu’s still consider themselves as the “Jews of Kenya”. What nonsense! Do Jews in desert-land in Middle East beg for relief food? Do they have potholed roads or women spiking other people’s drinks?

Kikuyu’s need to grow up and stop the illusional posturing as “Jews” . You’re just a bunch of dumb morons, conditioned to kiss the Kenyatta family-ass, and be sycophants to someone who is not helping your economic welfare and well-being. Kikuyu’s are still fundraising money to off-set medical bills, still begging for relief food, their businesses adversely affected by Uhuru’s pathetic policies and the likes.

Yet the have the audacity to refer to themselves as Jews. Idiots!

Kikuyu Woman murdered by Kambas in Machakos from cyprian Nyakundi on Vimeo.