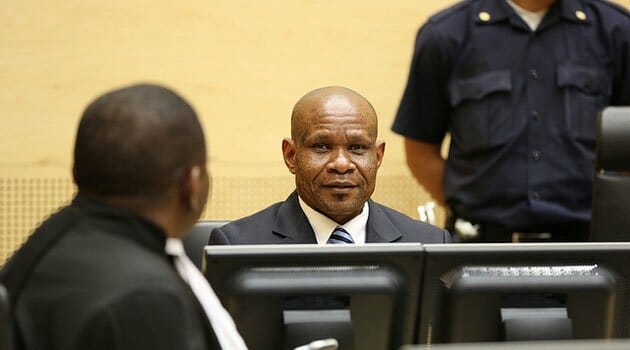 Ngudjolo, 44, is a former leader of the Nationalist Integrationist Front (FNI) militia in eastern Democratic Republic of Congo and his acquittal in December 2012 was a first for the ICC.

Judges said at the time that prosecutors had failed to prove his commanding role in a 2003 attack by ethnic Lendu forces on Bogoro village in the vast African country’s restive northeast Ituri region in which more than 200 villagers were slaughtered.

Judge Monageng on Friday upheld the trial chamber’s verdict, although she criticised its judges for not allowing prosecutors to use information from Ngudjolo’s telephone conversations while in detention.

Prosecutors wanted to cross-examine Ngudjolo about the calls, alleging they were made to intimidate witnesses and to influence their testimony.

Overall, the trial judges’ decision not to include the evidence had not “materially affected the acquittal,” the judge said.

A deserter from the former Zaire army (FAZ) in 1996, Ngudjolo later became a leader in the FNI, prosecutors alleged.

His fellow inmate Germain Katanga was sentenced to 12 years for his role in the Bogoro attack after judges split their trials.

Their main adversary, former militia leader Thomas Lubanga, was in 2012 jailed by the ICC for 14 years for using child soldiers in his own rebel army.

In 2003, DR Congo was just starting to emerge from a war that embroiled the armies of a half-dozen nations.

Clashes in Ituri broke out in 1999, devastating the region and leaving some 60,000 dead, according to non-governmental group estimates.