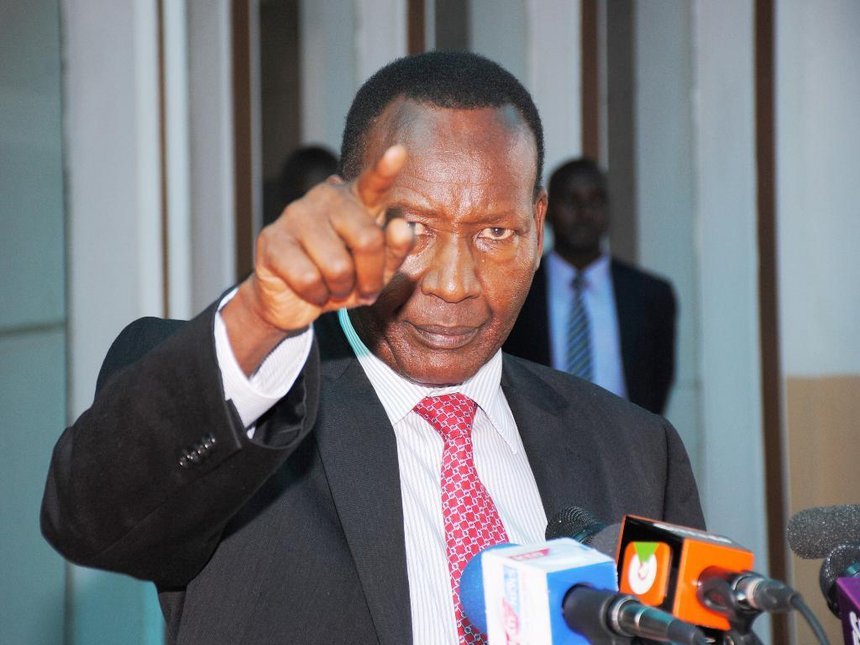 As we are told, Uhuru’s inner-circle is extremely paranoid. They believe that Kenya is their own to command and take extreme offense when someone goes against that order. The ICC case saw the deaths of anyone connected to them.

Giving Uhuru a second term means Kenyans will be rubber stamping a return to the dark days when murders and extra-judicial killings were the order of the day. Can it be a coincidence that two internal-security ministers just died out of the blues? Let’s be serious as Kenyans.

We now petition all diplomats to immediately issue a statement, calling on President Uhuru Kenyatta to immediately call for a press-conference distancing himself from the murder. The press conference must be attended by international journalists and all bloggers must be invited.

We now petition all international observer missions to immediately convene a meeting and demand heightened security with assurances from the Inspector General of Police, the Director of Criminal Investigation, and the National Intelligence Service (NIS).

This sad state of affairs only means that their security in the country is at risk and is a message to them to either toe the line or die.

We call upon the US Ambassador to Kenya Bob Godec to immediately communicate to Donald Trump the real (not imagined) threat to the lives of bloggers and contrarians who are on record on social-media, criticizing this government. Let Donald Trump be told in clear and simple terms that should he (Uhuru) win elections unfairly, no member of the international community will recognise his presidency.

How does someone who is an internal security minister just collapse and die? That’s very sinister. These things don’t happen in the rest of the world. Wasn’t the death of his predecessor George Saitoti stage for political-expediency? Wasn’t he viewed as a threat?

We have to start preparing Kenya for a street revolution. Lives cannot continue being lost just so that some family can monopolise Kenya’s financial system for their personal gain.

All public critics of the Government people who have criticized Uhuru on Twitter, Facebook, should now step up. This is not the time for jokes. Mama Ngina wants to take Kenya the Congo way.

Kenyans stand up! Ministers of Internal Security don’t just die. These are some of the most highly-guarded individuals. Bloggers are regarded highly in the rest of the world. They don’t just disappear and die. Why are we Kenyans comfortable with such happenings? Because some light-skin bitch called Julie Gichuru asked us to exercise restraint?

Was Nkaissery murdered because of his perceived links to the opposition? Because prior to his appointment as Internal Security Minister, he was an ODM member of parliament. Was he suspected of being a mole by the paranoid Kenyatta family who believe Kenya is theirs?

Does the Kenyatta family in conjunction with National Intelligence Service (NIS) plan to stage the death of Cyprian Nyakundi and other critical bloggers too?

Let’s say no to the Kenyatta family-hegemony. It cannot be a coincidence that such high profile murders are taking place. This is pre-meditated.

Before the moronic nincompoop Ndegwa Muhoro starts scrambling his death-squads to murder me and other bloggers who will run this story, he should first concentrate on sealing off Nairobi hospital, and doing a public post-mortem. And catching the criminals.

Finally we now demand the Right Honorable Raila Odinga to address an international press-conference, stating categorically that this death is unusual and abnormal. Members of the Maa Community must rise up! Don’t be like Kikuyu’s who saw their son George Thuo murdered and then left it to God.

Ladies and gentlemen, this is an unprecedented event. Don’t take it lightly.