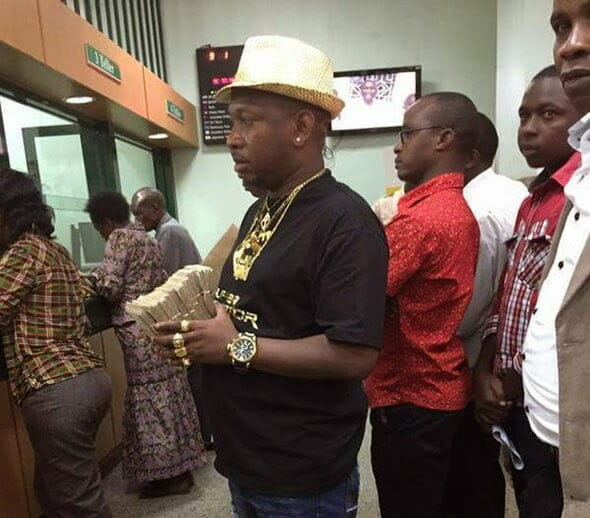 Prof John Krop Lonyangapuo of West Pokot is the highest ranked Senator in the country, with an approval rating of 74.5 per cent.
He is followed by Mike Sonko of Nairobi, whose approval rating is 67.3 per cent, according to a nationwide survey by pollster Infotrak.
Prof Lonyangapuo is a former permanent secretary elected on a Kanu ticket and was rated by his constituents.
Interestingly, Mr Lonyangapuo was, on May 7, summoned by the Directorate of Criminal Investigations to answer questions on robbery with violence.
The summons came in the wake of the killing of 42 people, including children and pregnant women, by gunmen who attacked a village on the boundary of Baringo and Turkana counties.
Mr Sonko is a controversial populist whose brand of service is dismissed by many, but appreciated by an equally large number.
Last week, when Nairobi was swamped by a deluge, the Sonko Rescue Team helped parents to save their children from a school bus that had been marooned by floods.
Mr Sonko has a fleet of towing vehicles, limousines, fire engines, water bowsers, hearses and ambulances which are sent to rescue city residents in distress.
Incidentally, Mr Sonko is in danger of losing his seat after he missed sittings for a month on the strength of a letter he wrote to the Speaker, Mr Ekwee Ethuro, saying that he had stepped aside after he was adversely mentioned in a corruption report.
Mr Ethuro rejected the letter, meaning that Mr Sonko’s absence was not justified and some of his colleagues have argued that he should lose his seat.
Mr Moses Wetang’ula of Bungoma is ranked third, with an approval rating of 67.1 per cent. The Senate minority leader has indicated that he will seek the presidency on a Cord ticket. The Ford Kenya leader will face off with ODM leader Raila Odinga and Wiper Democratic Party leader Kalonzo Musyoka for the coalition’s ticket.
TELEPHONE INTERVIEWS
The CountyTrak Senator’s approval survey, conducted by Infotrak Research  was carried out between December last year and February this year, with 2,800 people interviewed countrywide.
According to the pollster, the survey was conducted through computer assisted telephone interviews among adults in various counties. Forty six counties were ranked, leaving out Homa Bay because at the time it was not represented in the Senate following the death of Mr Otieno Kajwang. He has since been succeeded by his younger brother, Moses.
Infotrak CEO Angela Ambitho said respondents were asked: How would you rate the performance of your senator on a scale of 1-10 where 1 is extremely poor and 10 is excellent?
“It’s important to note that the CountyTrak Senators approval index is limited to the perception of the respective county residents.
“For instance, the CountyTrak Senator’s index for West Pokot was determined only by the residents of West Pokot,” she said.
Elgeyo-Marakwet Senator Kipchumba Murkomen (64.3 per cent) and his Mombasa counterpart, Mr Hassan Omar (64 per cent) completed the top five.
Others who rated highly were Kakamega’s Dr Boni Khalwale (63.1 per cent), Tharaka Nithi’s Prof Kithure Kindiki (62.5 per cent), Meru’s Kiraitu Murungi (59.2 per cent) and Vihiga’s George Khaniri (58.3 per cent).
Mr Kindiki is the Majority Leader in the Senate and has expressed ambition to be on the presidential ticket in 2022 as a running mate.
Tana River Senator Ali Abdi Bule had the lowest approval rating at 37 per cent. Mzalendo.com, which monitors legislators’ performance in the House, records him as having spoken 117 times since his election in March 2013.
Second from last was Isiolo’s Dr Mohammed Kuti, with an approval rating of 41 per cent, while Nakuru’s James Mungai was only marginally better at 41.6 per cent. Others at the bottom of the table were Wajir’s Abdirahman Hassan (44.2 per cent), Lamu’s Abu Chiaba and Trans Nzoia’s Henry ole Ndiema ( 45.8 per cent), Kajiado’s Peter Mositet (46.3 per cent) and Nyeri’s Mutahi Kagwe (46.4 per cent). Laikipia’s Geoffrey Gitahi and Marsabit’s Hargura Godana (who tied at 46.9 per cent) and Narok’s Stephen ole Ntutu (47 per cent) were listed in the bottom 10.
Mr Ntutu has been locked in an ongoing battle with Narok Governor Samuel Tunai, with each accusing the other of involvement in corruption.
The Senate is designed to be the guardian of devolution and senators watch out for counties’ interests in the making of laws. They also provide oversight on how devolved governments spend money.
Currently, the Senate is locked in a dispute with the National Assembly over the Division of Revenue Bill and the two houses have formed a committee to mediate a compromise on the money to be allocated to counties in the next financial year, which starts next month.
The Senate wants the counties allocated Sh291 billion but the National Assembly approved Sh283.7 billion.
Would you like to get published on this Popular Blog? You can now email Cyprian Nyakundi any breaking news, Exposes, story ideas, human interest articles or interesting videos on: [email protected] Videos and pictures can be sent to +254 710 280 973 on WhatsApp, Signal and Telegram.