The Senate Public Accounts and Investments committee opened a probe into the payment of Ksh. 3.2B by the Government in compensation for occupation of 2 schools – Drive In Primary school and Ruaraka Secondary school – both supposedly sitting on land owned by “businessman” Francis Mburu Mungai and his various companies. 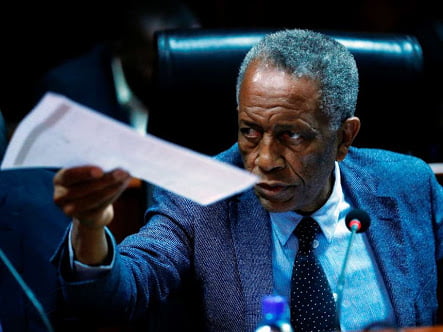 Caption: Conman Francis Mburu Mungai before the Senate. This old Man managed to bribe all government officials in the now popular Ruaraka Land Saga. All senior government bent and sucked his dick for money.

The probe is as a direct result of the dossier sent to the joint Speakers of the National Assembly and the Senate by whistleblower Meshack Onyango Depay, and whose shocking revelations allude to demonic level corruption within Parliament, Judiciary and the Kenyan civil service.

Drama was to ensue when top lawyer Nicholas Nyamai attempted to serve the committee with court orders barring them from continuing with the probe.

Apparently the committee refused to hear him out but he persisted, drawing the ire of Chairman Moses Kajwang, and the sergeant-at-arms had to physically eject this senior lawyer, devoid of dignity that his stature should carry. Corrupt money, the high stakes that official confirmation of impropriety could turn into, makes such characters sell their souls and degrade themselves like pigs in mud.

This corruption juggernaut that has been put together by Francis Mburu has roped in a number of senior and previously distinguished members of the Bar like former AG Prof Githu Muigai and the Yale educated Dr. Kenneth Kiplagat who have abandoned reason and self-control, lapping up corrupt money stolen from Kenyans and working to defeat the constitutional mandates, processes and institutions to enable a few rob close to 48 million Kenyans off of Billions of shillings. 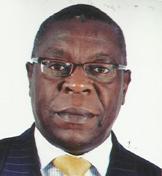 Caption: Dr. Ken Kiplagat is Yale educated. He has appeared in the Ruaraka Scam. One of the corrupt fuckers that have messed up Kenya.

As though borrowed from a Shakespearean drama, and based on our previous installment, the order was granted by Lady Justice Pauline Nyamweya, whom the dossier plants right at the center of a conspiracy to defraud Kenyans of up to Ksh. 80 Billion in a fake compensation claim on what can only be termed as fictitious land.

Justice Nyamweya was only just recently bizarrely brought back to Nairobi from Machakos where she was head of station by CJ Maraga after a rather short stint, but I guess being from the same ethnic community as the CJ, does have its perks!!!

Sad day at the office for the members of my Kisii community, CJ Maraga, Nyamai and Nyamweya. 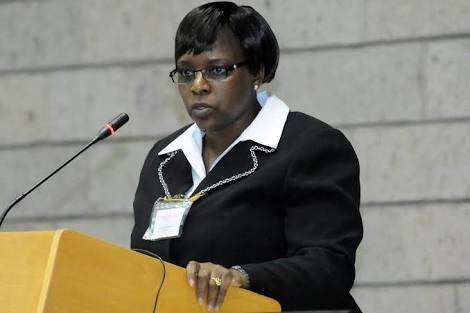 The Senate despite the service of the court order has sworn to proceed with the probe despite protests from the National Assembly that this would amount to parallel processes, yet the NA had gone through and passed the payments.

Last week Parliament okayed the initial payment of Ksh. 1.5B that was paid through a ghost company – Whispering Palms Ltd – in January 2018 and approved the payment of the balance of Ksh. 1.7B in the supplementary budget.

Suffice to say, these ghost payments were cheered along in the National Assembly without a single query or complaint despite triggering alarm bells all over the place. Surely, hush money is the elixir that soothes all complaining hearts.

When the 2 houses are compared, the Senate comes across as more sober, mature and focused. Parliament seems to be riddled with juvenile nincompoops who suck dick for a living.

We pray that they (Senate) will expand their probe to the full extent of compensations and court cases seeking compensation on this piece of Land.

The Director of Surveys confirmed to him that the entire parcel of land stood at 37.3 acres and not the 96 acres Francis Mburu had always claimed.

Secondly, the title deed for the entire property was in the hands of Patrick Ntoithi Kanyuira who is the receiver for Continental Credit Finance Ltd where Francis Mburu and his now deceased business partner had procured a loan of Ksh. 21m in 1981 to purchase the property. The receiver needs upwards of Ksh.130m in order to release the title deed.

Thirdly, Francis Mburu and his deceased partner entered a deal with KP&TC to build 600 maisonettes on the entire property in 3 phases. KP & TC funded the acquisition of the property and construction of the 600 Maisonettes to the tune of Ksh. 165m in 1984.

However, only 198 Maisonettes were built in phase 1 of the scheme with the rest of the money being siphoned off. The whistleblower Meshack Onyango claims that KP&TC MD Kipngeno Arap Ngeny used his share of the loot to build his hotel in Kericho.

KPTC Company Secretary Samuel Chepkonga ensured non-compliance with the law and common sense by ensuring that the parcel of land was NEVER transferred to KPTC as would normally be the case.

Justice Alfred Mabeya, despite NEVER seeing the title deed to the property and alluding to the existence of 2 pieces of land in the Ruaraka parcel, ruled in favour of Francis Mburu and awarded him Ksh. 4B in one of the most bizzare rulings of this century by our crooked judiciary.

Instead of going straight to appeal, our former AG Prof. Githu Muigai, with all his fake airs and pretensions at being a gentleman refused to appeal despite having sufficient grounds, choosing instead to negotiate for a lower payout of Ksh. 2.4B.

Seated on the right hand of Prof Muigai is another misguided Kikuyu Lawrence Waigi Kamau, the go-to man at AGs chambers and who easily manipulates or suppresses documents going before the courts to allow judges to give favourable rulings to those that might have greased his filthy palms.

Both Githu and Lawrence Waigi got huge windfalls from these compensation claims such that Lawrence Waigi built up a 6 storey building, complete with lounge and lodgings in the Kasarani area as though it was a mud hut. It has left all neighbors astonished at the sheer speed with which it was put up with. 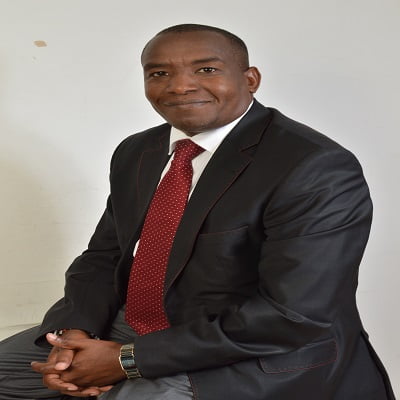 Caption: Githu Mortician Muigai’s side-kick says he is saved but corrupt to the core. Should be the first to face the firing squad as Kenyans cheer! Shame on you Lawrence

It is these proceeds of crime laundered through the real-estate market, that cannibalistic companies like Knight Frank, Hass Consult and Cytonn Investments tour, when claiming that real-estate is “booming” on their quarterly reports. They peddle such fake narratives by bribing our brown-envelope “Githeri” Media, with the most notorious being the advertorial Business Daily.

Lately, bonafide cock-sucker Dr. Kenneth Kiplagat, the man who punched the previously untouchable Sen. Gideon Moi in the solar phlexus (Kahasho), leaving him writhing on the ground at the Fairview Hotel, is the lead in a completely fake compensation claim on the same parcel of Land for Ksh. 141B that is in front of the E & LC in Nairobi.

It is in this claim that the whistleblower brings in Lady Justice Pauline Nyamweya as having advised Francis Mburu through her friendship with Dr. Kiplagat that the claim could be paid to the tune of Ksh. 80B (and not Ksh. 141B) lest the Government side in “Bunge” raise hue and cry.

Now we sit on the threshold of another fake transaction;

Keep in mind that the entire piece of land at Ruaraka and that has been the source multiple claims and actual compensations for Billions of shillings is only slightly more than 37 acres and NOT 96 Acres as claimed by Francis Mburu.

Of these 37 acres, 19 acres has the 198 Maisonettes that housed GSU officers for many years while on the balance of 18 acres there exists the 2 schools (Drive-In Primary and Ruaraka Secondary) an AP & Chiefs camp, an SDA Church, a 7-storey building….

There is no land to do anything else on this parcel of land.

However, after the 2017 repeat elections in October, the usual suspects Dr. Swazuri, Dr. Salome Munubi, Gov. Mike Sonko and Francis Mburu came up with a caper to earmark and buy 20 acres of land on this parcel for a public bus park, one that Nairobians really need. 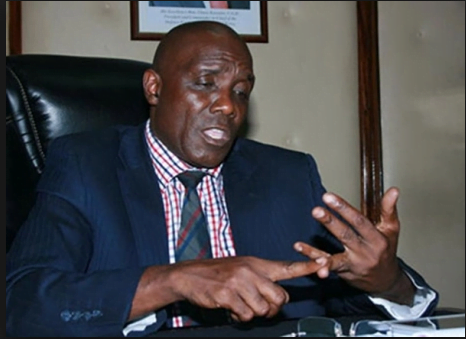 Whistleblower Meshack Onyango in his expansive and illuminating dossier claims that Mburu promised Mike Sonko a total of Ksh. 170m from the Ksh. 3.2B Ministry of Education claim in anticipation of the purchase of 20 (non-existent) acres at Ruaraka.

And true to his word, Francis Mburu paid off Mike Sonko with Ksh. 85m once the initial tranche of Ksh. 1.5B was paid by Treasury on January 30 2018.

In mid-February this year, John Mutwiri (Francis Mburu PA) went to see Mike Sonkos’ PA with a draft letter to be placed on the official Nairobi County letterhead and sent out in the normal way. 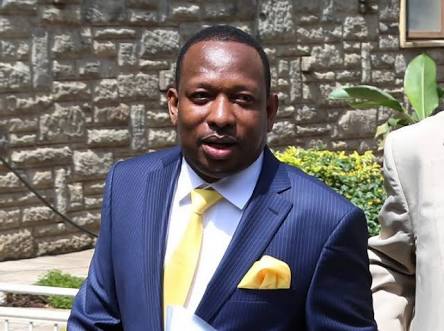 The letter was addressed to PS Transport and Communication Prof Paul Maringa (sincerely? Another Professor?) and it was meant to get the ball rolling on the Ruaraka Bus Park deal.

There we go again, based on non-existent 20 acres of land at Ruaraka, Francis Mburu and his sons Mark & Justin Mburu (both Directors of Almasi Capital Ltd) would become the beneficiaries of a purchase by the Government for a crucial bus park.

They say that leaders come from God, but if God has given us leaders like Mike Sonko and Uhuru Kenyatta, then he must really hate us.

It seems Kenyans have perfected the art of undressing completely, figuratively lying on the bed and spreading… thereby asking their leaders, Judges, AGs Chambers et al, “we are wet and ready for you my lords, which style will you have us by..?” And then we are fucked over and over again.

We even give these pricks the benefit of moaning in delirious soundtrack that they record and replay amongst themselves, while sipping expensive cat piss, laughing uproariously at us!