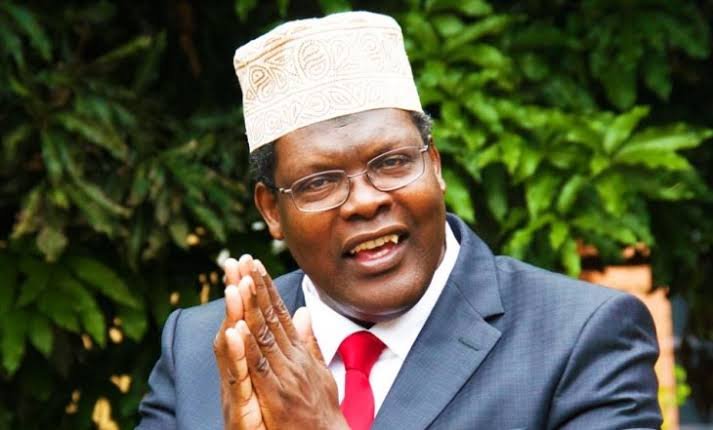 The ever outspoken self-declared General of the National Resistance Movement (NRM) says that the Former Prime Minister is well inside President Uhuru’s trap of eliminating both him and William Ruto with one stone.

Miguna, who was once Baba’s Personal Assistant, added that his former boss is unknowingly sharpening the same tools that will be used for his own execution once he has been used and dumped.

“The brutality awaiting Conman Raila Odinga is going to be worse. Despot Uhuru Kenyatta is simply killing two birds with one stone. He is destroying his deputy and preparing the Conman for slaughter. The Conman is simply sharpening the knife for his slaughter. Mark my word.” – Miguna Miguna

Miguna’s sentiments come just a day after videos of the two political leaders joining in on the fun at Carnivore Grounds where English music group UB40 were performing went viral on social media.

He further noted that when former NASA Leader arrived at the concert on Saturday night, Uhuru, in the company of family members, was led out of the event, claiming it is in such a setting that Raila could be lured into meeting his enemies.

Mark this Tweet: The brutality awaiting Conman @RailaOdinga and his ODM hypnotized zombies is going to be worse. Despot Uhuru Kenyatta is simply killing two birds with one stone. He is destroying his deputy and preparing the Conman for slaughter. Mark my word.

Yesterday, Conman Raila Odinga arrived at the Carnivore late at night, hoping to boogie with the drunken despot who had been strategically sneaked out because Raila must not be made to feel like a co-president. The Conman is simply sharpening the knife for his own slaughter.

Miguna attempted to return to the country earlier this year but his efforts proved futile as the government made sure they blocked all possible means of entry; issuing multiple Red Alerts to various international airlines.

The government, however, insisted it did not have a hand in his woes, but instead appeared to suggest that his tribulations stemmed from an incident at JKIA two years ago when he was forcefully ejected from the country.