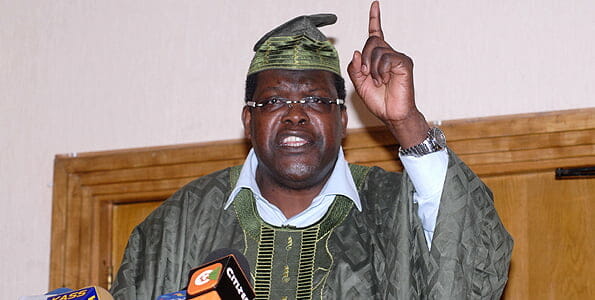 Miguna Miguna during the launch of his book titled Peeling Back the Mask at the Intercontinental Hotel, Nairobi on July 14, 2012. PHOTO

Miguna Miguna was on Fire on JKL last night and it was smoooking, He attacked both government and opposition claiming he works for nobody but the truth . Miguna Miguna went ham on the Jubilee Government and urged President Kenyatta to Fire Waiguru because she is Very Corrupt .

Miguna said Waiguru is Symbol of Impunity in the Jubilee Government and MUST go if the war on Graft is genuine .

” If appointed as special prosecutor I will convict Waiguru and Mangiti for 20 years with hard labor ” Said Miguna furiously .

Miguna  backed up his argument by saying Waiguru doesnt know her role as Minister hence incompetent and that is enough to send her home .