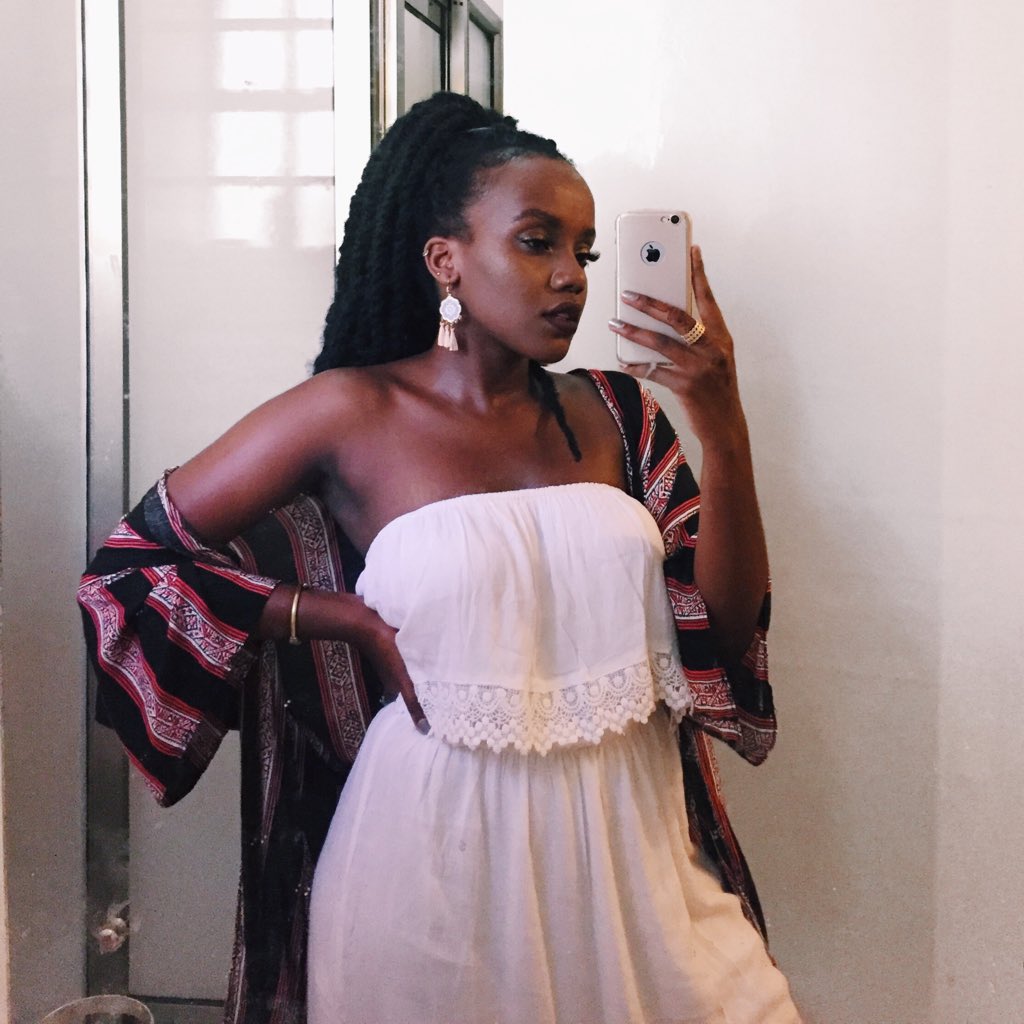 From a certain distance, Michele Muthoni Mugwe was able to determine that a man masturbated and jerked off on her image. And according to her, that’s extremely criminal because she hadn’t been paid rights fee’s for the (illegal) use of her image.

She didn’t care to find out if the man had one of this embarrassing STD’s which make men feel itchy all the time. She didn’t bother to find out if he has pubic lice which are bloody unbearable.

Like the many women we see conducting home videos of “man spreading” and how it’s awful, this could be an attempt by feminist bitches to criminalise what could be a harmful process. Man spreading for instance, is how men keep their legs apart. Feminists would have us cross our legs. Because man spreading is the most disgusting thing to ever happen after global-warming. 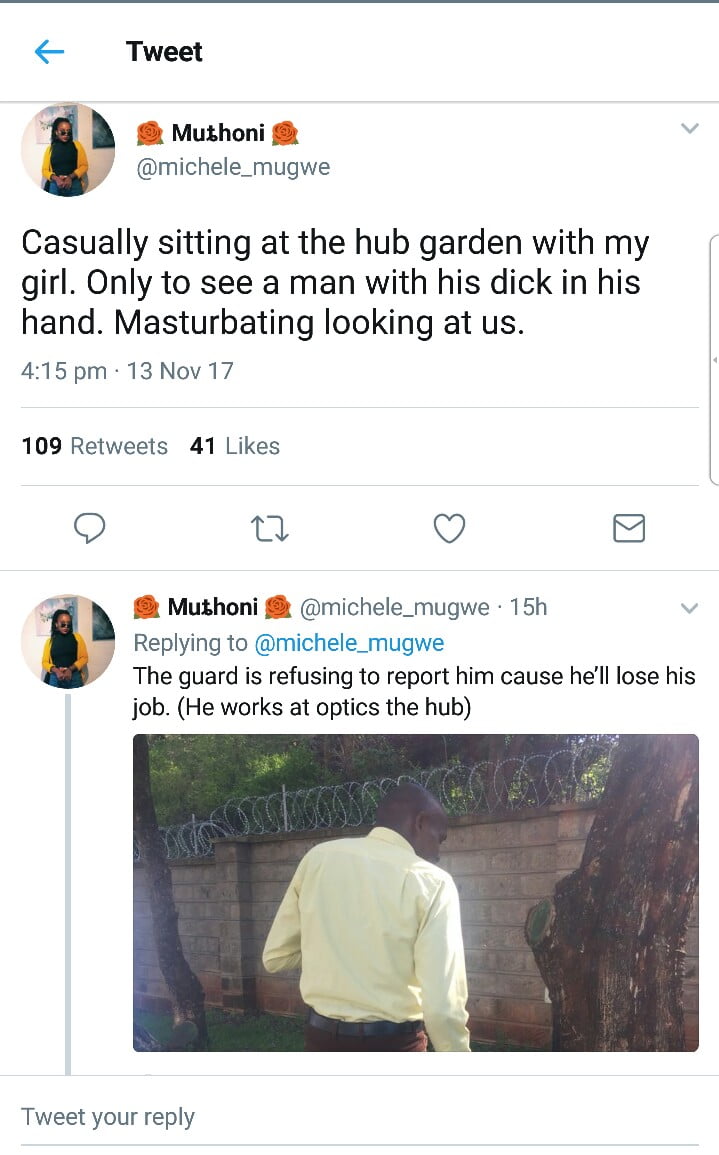 Their ignorance as to the male anatomy where our scrotum needs maximum comfort, doesn’t seem to be any of their concern. Feminism which is an inverse manifestation of Lesbianism, demands that men must to their line. And on this side, I have pledged together with my growing army, to have zero-tolerance on toxic feminism.

This mob-lynching by feminazi’s will not be tolerated. These basic bitches must be stopped. There’s women undergoing real sexual abuse out there. Those ones need our undivided attention, not these opportunists.

Or did this bitch want us to know that she hangs out at The Hub? Is that your best attention-seeking theatric?

Michele Muthoni Mugwe, since you wanted to be famous, let me put your name out there. So that men stay the hell away from you. You might even accuse someone of rape from a simple handshake. You’re the bitches who men should run away from.

You sound like a frustrated single lesbian feminazi, who only derives pleasure from giving hell to men. Actually calling you a bitch is demeaning female dogs. You’re pure scum.

Take your feminism shit elsewhere you pathetic miserable shit. Can’t you feel the winds of change blowing? The boy-child is finally awakening. And we will no longer allow ourselves to be suppressed by basic hoe’s like yourself.

Enjoy the limelight you cow! 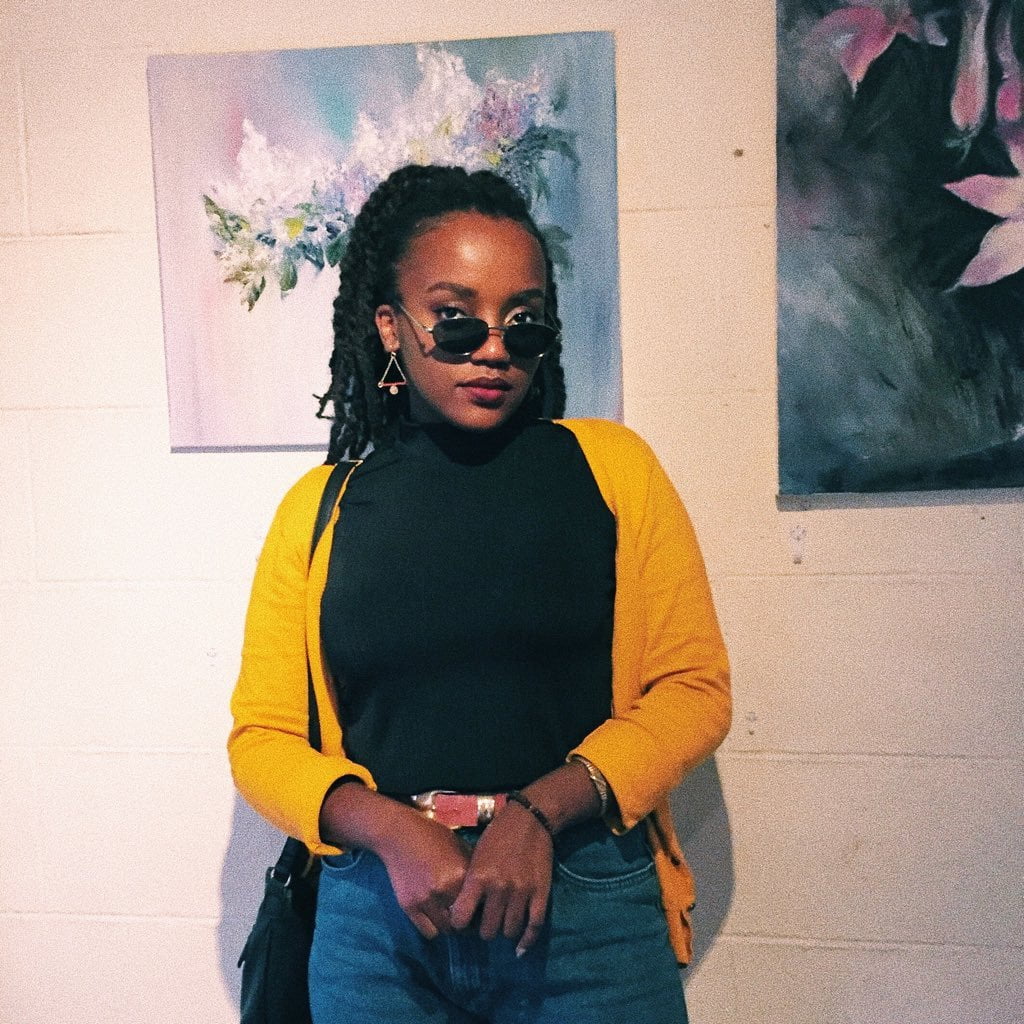 CAPTION: This attention-seeking feminist scum was dying for attention. Now we’ve given it to her. You look curveless, without hips. Like a nigger.