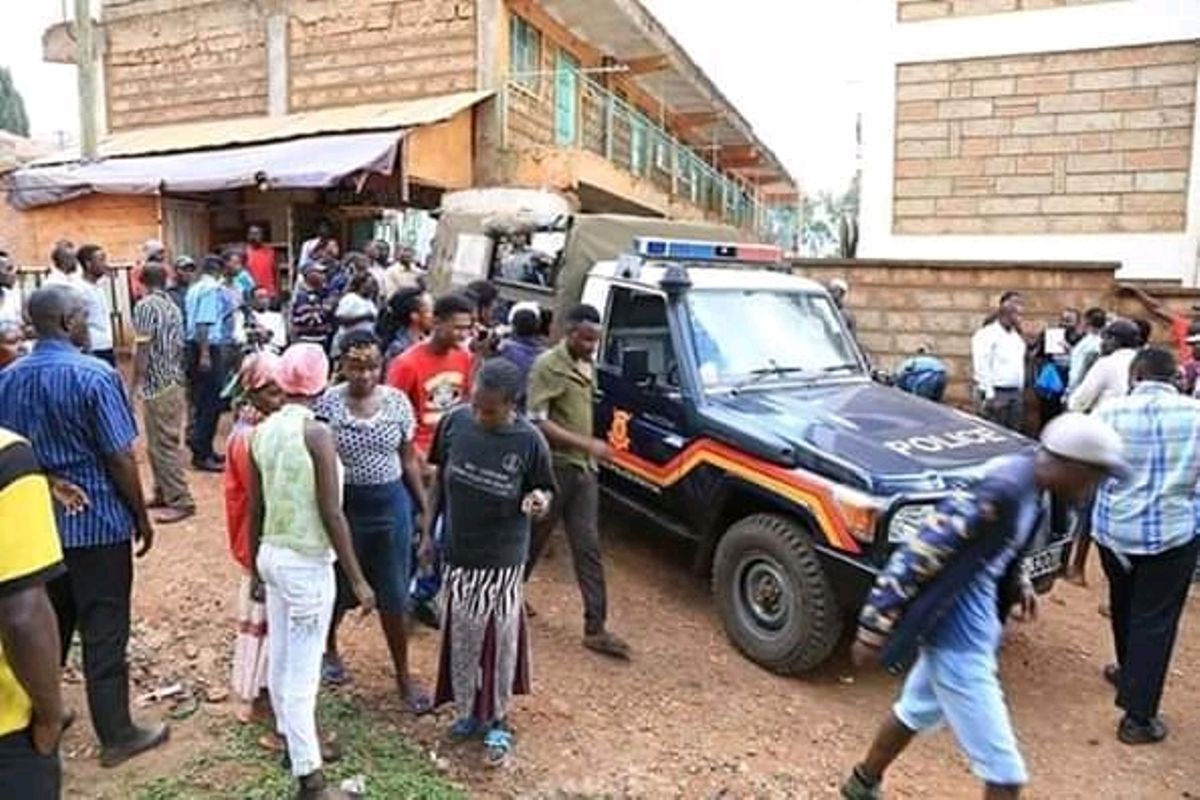 A 42-year-old woman from Mweonkanga Village in Tigania West, Meru County, is currently under police custody after she allegedly killed her 7-year-old son following a long-running paternity row with her husband.

It is reported that friends and neighbours were alarmed after they heard screams from the home where first responders found the lifeless body of the Class One pupil lying down, with blood oozing from his nose and mouth.

Ms Kagwiria Kimathi, the mother, is said to have struck her son Mugambi on the forehead with a stool as he lay on a bed inside their timber hut on Tuesday evening.

Speaking to members of the press, Mweonkanga Assistant Chief Samuel Igweta, the family has been having a longstanding tussle over the paternity of the child and the couple had on several occasions sought guidance from his office.

The row is said to have escalated after Ms Kagwiria fled home for close to a year, leaving her husband, Kimathi Lairumbi alone with the baby and other children.

The woman later returned with a new-born baby, Mugambi.

“Villagers talked to the man and he agreed to accept them and they started living together again. I have intervened on various occasions after they came to me.

The child has been at the centre of the conflict with the man claiming that he is not the biological father, an allegation that has never been verified.

We have tried to help them but most of the time, the woman usually flees with the child leading to a further strain in the family. The man claims that his wife usually sleeps out and even accuses her of engaging in extra-marital sex,” Mr Igweta told journalists.

Immediately after killing the boy, the mother is said to have fled and attempted to kill herself about a kilometre away, but she was restrained by an angry mob which roughed her up, but fortunately for her, police from Ngundune kept them at bay rescued her and kept them away.

Further reports say that according to the boy’s aunt, Ms Elzizabeth Kiyua, on that material day, Mugambi’s mother had visited her home to ask for flour to cook porridge for him.

Some neighbours further claimed that sometimes, the said woman would dump the child at her home for even a week and disappear to unknown places.

Mr. Moses Murithi, one of the neighbours who was the first person to respond, said he heard cries and found the body of the child lying in a pool of blood.

“The woman looks like she is mentally disturbed and at times comes to seek shelter in my home after being beaten up by her husband who has been saying that the child is not his. Last week, he battered her, saying he would kill the woman,” he said.

Would you like to get published on this Popular Blog? You can now email Cyprian Nyakundi any breaking news, Exposes, story ideas, human interest articles or interesting videos on: [email protected]di.com. Videos and pictures can be sent to +254 710 280 973 on WhatsApp, Signal and Telegram.