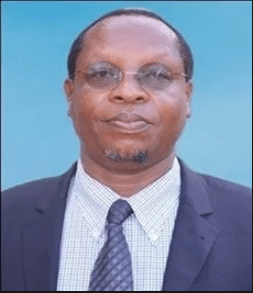 The Meru University of Science and Technology has fired the DVC Gitonga Mburugu over many scandals and corruption.

In an advertisement in today’s local papers, his position has been advertised, signalling the end of an era of a man who ruled the university with an iron fist.

Gitonga, who is an embarrassment to the world of creativity would even suspend students for stepping on a spoon.

It is alleged that the CS Ministry of Education has commenced a purge on the Meru University leadership after it emerged that they sanctioned and directly gave the order for the elimination of Meru University student leader, Evans Njoroge who was shot dead by a rogue officer last year.

Gitonga Mburugu has been the man behind all the Kangaroo disciplinary committees where students are expelled even for stepping on a spoon. He doesn’t understand anything pertaining to dialogue, negotiating with students or engaging students who are the biggest stakeholders in any institution. Usually, Professor Magambo would call Gitonga to accomplish any evil deed he wanted.

This site has always demanded the firing of Gitonga Mburugu, who has been a disaster to the world of academics. We urge all students to beware of this man and never allow him into any institution.

Gitonga Mburugu had vowed to deal with students that were loud, during the struggle.

The DVC had shell companies he used to loot the institution and must be arrested and charged over fraud and mismanagement.