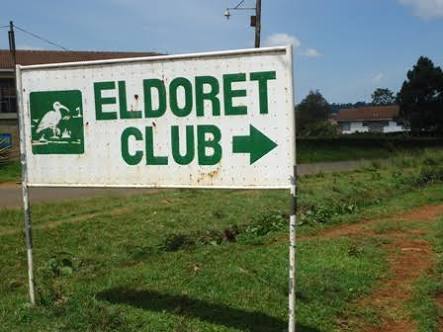 Despite the education and advanced exposure of the young “new money” crop of aspirational Kenyans who want to live the lives they always dreamt of, little tangible changes are being witnessed in the socio-economic stratum, with status-quo being maintained in virtually all facets of the economy.

For instance, we are seeing young Kenyans being tooled by corrupt old retiree’s that Uhuru is fascinated with, to raise funds to build gigantic white-elephants known as churches, which are largely dormant facilities only used once a week in the extortion-ritual popularly known as Mass, where Kenyans are told fictional stories in exchange for financial recompense.

Once in a while, a politician like DP Ruto will make a guest-appearance, and provided unlimited airtime to spew toxic messaging by moronic church leaders, and if that alone has not convinced you to stop going to church, I don’t know what will.

Instead of those churches building legacy projects that will create opportunities and engage the youth in constructive activity like sports complexes, art galleries, theaters or even hospitals, retarded retiree’s masquerading as church “elders” only speciality is concocting fictitious development projects aimed at fleecing the masses and lining their pockets through dubious harambee’s.

These are no longer “elders” because they think like children and indulging them is like feeding swine with caviar.

Basically anyone above 55 years old is a liability to this country and should not be in any leadership role, be it in the work-place or in other spheres of our lives. Because they peaked during a time of extraordinary suppression by the Moi regime, that particular generation had their brain cells fried through systemic conditioning which abhorred exceptionalism, new ideas, radical thinking and most importantly, progress.

To see Uhuru rewarding the same retarded age-group with state jobs is the biggest insult of all. It also shows you that his brain-cells have been fried, just like those of his peers.

The youth of this country have been bequeathed with membership at pseudo-exclusive “sports” clubs scattered all over the country. Entry to these “prestigious” clubs is priced expensively as a deterrent measure to keep away ordinary Kenyans.

But which game is played predominantly? Golf. What we see is pot-bellied old retards or wannabe youth’s reliving the lives and fantasies of their childhoods that their parents couldn’t afford for them.

The same retarded thinking of people of Uhuru’s generation has been successfully transferred to the younger ones, who have acquired the same stupidity of akina Uhuru, instead of adopting a paradigm shift for the sake of posterity.

For instance, members Clubs could transform themselves into the biggest talent development centers in the country, using the massive funds they rake in from entry-fee’s/annual subscriptions, to create a better legacy for tomorrow’s generation, unlike people of Uhuru’s generation who used the positions to enrich themselves, build flats or finance their side-bitches.

Slowly, Members Clubs are turning into white-elephants like churches, because they’re only in optimal use on weekends with a sizeable number showing up on Wednesdays for club-nights. So for 4 days in every week, those clubs are like ghost-towns, with a lot of space by minimal activity.

These clubs are fortunate enough to have a lot of land, but that is mostly used for the benefit of pot-bellied old pieces of shit or young wannabe’s to play golf on. Other sports disciplines have been neglected.

For instance, every member’s club should recruit players from whatever backgrounds and start teams which they fund and support. They should scout for young fresh talent and put them on their payroll to create a team to compete competitively in either an amateur league to be played inter-clubs or to play professionally in the recognized leagues.

Every member’s club by now should have an active football team, rugby team, tennis team, swimming team, basketball and even pool team. They could in the interim organize friendlies, tournaments, swimming gala’s and a league between other reciprocating clubs over weekends, and allocate land to have pitches like the one at Impala Club or Stima Club.

Sports Clubs are constantly complaining of lack of funds, a scenario precipitated by the endemic corruption by greedy officials elected in these offices. Instead of diversifying revenue streams, these clubs are constantly forced to raise money by exporting their members into topping up their subscriptions with extra levies and fictitious fee’s.

Many are too mentally retarded to create alternative revenue streams yet they claim to be well-traveled. There’s a chronic stupidity amongst Kenya’s elites that needs urgent intervention.

Many of the foreign sports clubs that we adore from Kenya, started from humble beginnings like you would do now, and went on to become global brands. But how will Kenyan clubs go global yet they’re being controlled by retarded 55 year retarded Uhuru-generation? Just Google the history of any of the established sports clubs and you will see.

The first thing you should do as members and as the critical mass of young people is to make sure you eject anyone over the age of 55 in any leadership role in your respective members club. Infact make it 50. Those are spent cartridges who have no use for society. We call that the retarded Uhuru-generation who like the head of state, have no value-component to the nation at large.

Secondly don’t be shy of seeking professional input, and learn from people who have done it. Take time to study histories of successful sports clubs and work with the right people so that you don’t make mistakes. Don’t for instance, follow the model of bona-fide crooks like Nick Mwendwa and his FKF bandwagon of goons who have ruined football in Kenya. Those are not people to learn from. Or that corrupt crook called Richard Omwela.

Please note that there are young visionary people, and then there’s young retards who have dutifully followed in the ways of the Uhuru-generation. The current sports leaders in Kenya beginning with football, rugby, cricket, hockey and the likes, have nothing between their ears and should not try to extend their input in any of your initiatives.

Before embarking on this, you as club members need to build political goodwill within your respective establishments. It means being keen on elections and ejecting old retards and start asking people who want the positions to provide you with manifesto’s. They have to map out a blue-print on how they intend to turn your pilfered and embezzled clubs into profitability.

And profitability goes beyond members subscriptions. It means that on special tournament days, you can allow outsiders to attend big tournaments or gala’s at a fee, just like we see masses watching the Masters at Augusta. They even have specially built-stands. Its all about diversifying revenue streams.

But before anything else, get rid of the retarded Uhuru Generation spent-cartridges. Those old men (and women) have no value to offer humanity and are only stumbling blocks against progress.