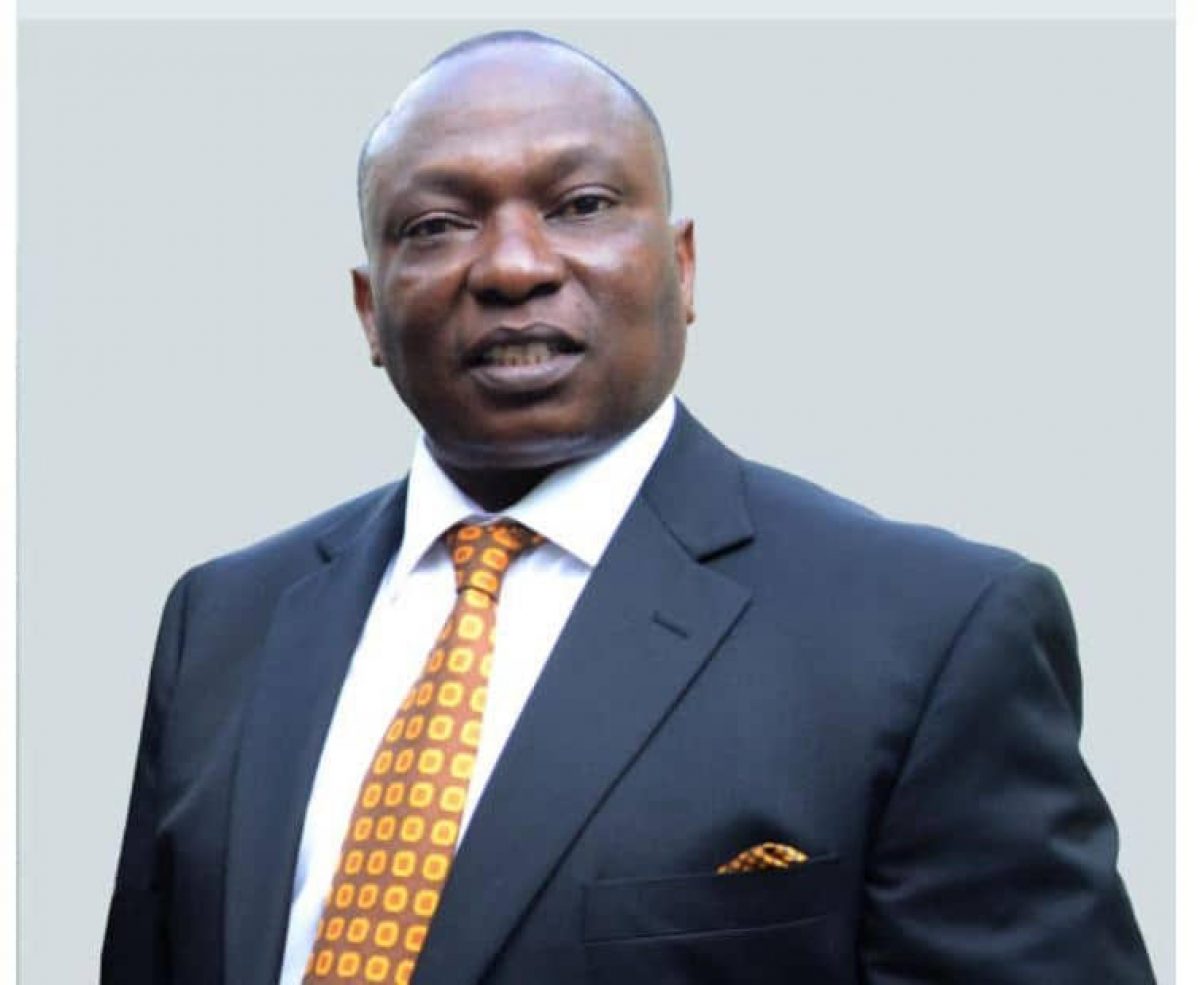 Nation Media Group’s latest investigation into the disappearance of more than half of COVID-19 medical equipment donated to Kenya by Chinese billionaire Jack Ma has been the talk of the town ever since the chilling piece by NTV’s Dennis Okari was aired on Sunday’s primetime news.

In the report dubbed #COVID-19Millionaires, Okari exposed how the equipment, which included face masks, testing kits, and Personal Protective Equipment (PPE) found its way to neighbouring Tanzania, with a few individuals pocketing millions of shillings from the sale of what was meant to boost Kenya’s fight against the deadly pandemic.

The consignment arrived at the Jomo Kenyatta International Airport (JKIA) on March 24th from Ethiopia and was received by Health Ministry’s acting Director-General Patrick Amoth who while addressing the press that day noted that the equipment would be immediately deployed to help the Kenyan people tackle the scourge of Coronavirus.

However, some very powerful people had already hatched a plan to steal the consignment and make a kill from it. The Ministry contracted two companies; Megascope Limited and Crown Healthcare Limited to offload the consignment from the airport.

NTV reported that the equipment was transferred to a private warehouse in Nairobi and later shipped to Tanzania by road and crossed the Namanga border under tight police protection. The consignment was sold to a dozen of Tanzanian companies.

Dr Godwin Agutu, the Director of Network Action Against Corruption (NAAC), an organization that has been monitoring how COVID-19 funds are spent, said the remaining equipment was given to some private companies that later supplied them to the government at inflated prices.

It also emerged that various authentic companies that were KEMSA suppliers were denied tenders while companies from well-connected people received the multi-million deals when the pandemic struck. Faceless cartels were also said to be using shadow companies to receive payment from the authority even without supplying any goods or services.

Hardly even before the sour taste left in Kenyans’ mouths washes off, it has now become apparent that the same company (Megascope Limited) is a ‘favourite’ when it comes to obtaining state contracts.

This was revealed through a tweet published by former State House Secretary for Digital Communication Dennis Itumbi who claimed that Megascope Limited is the same company that was awarded the tender to construct the recently launched Level 3 hospitals in Nairobi’s slums.

In the post, Itumbi slammed the office of the Directorate of Criminal Investigation (DCI) saying that it does not care about investigating serious offences.

“But Just in case you think DCI Kenya cares about serious investigations, ask them to establish how Megascope, the same company associated with COVID-19 millionaires is the one doing the recently launched hospitals in the city. Zoom on this photo (Billboard) to see what I am saying,” wrote Itumbi.

But Just incase you think @DCI_Kenya cares about Serious Investigations. Ask them to establish how #MEGASCOPE the same company associated with #Covid19Millionares is the one doing the recently launched hospitals in the city. Zoom on this photo (Billboard) to see what I am saying. https://t.co/F6pukkeUQo pic.twitter.com/NlvZRM32PC

President Kenyatta on Monday launched the construction of three new hospitals which are set to be put up in Muthua ( Uthiru), Kianda in Kibra, and Maendeleo Village in Mukuru Kwa Reuben.

The three health facilities will have a capacity of 16, 16, and 24 beds respectively and their construction will reportedly be undertaken by the Nairobi Metropolitan Service (NMS) at an average cost of Sh70 million each. 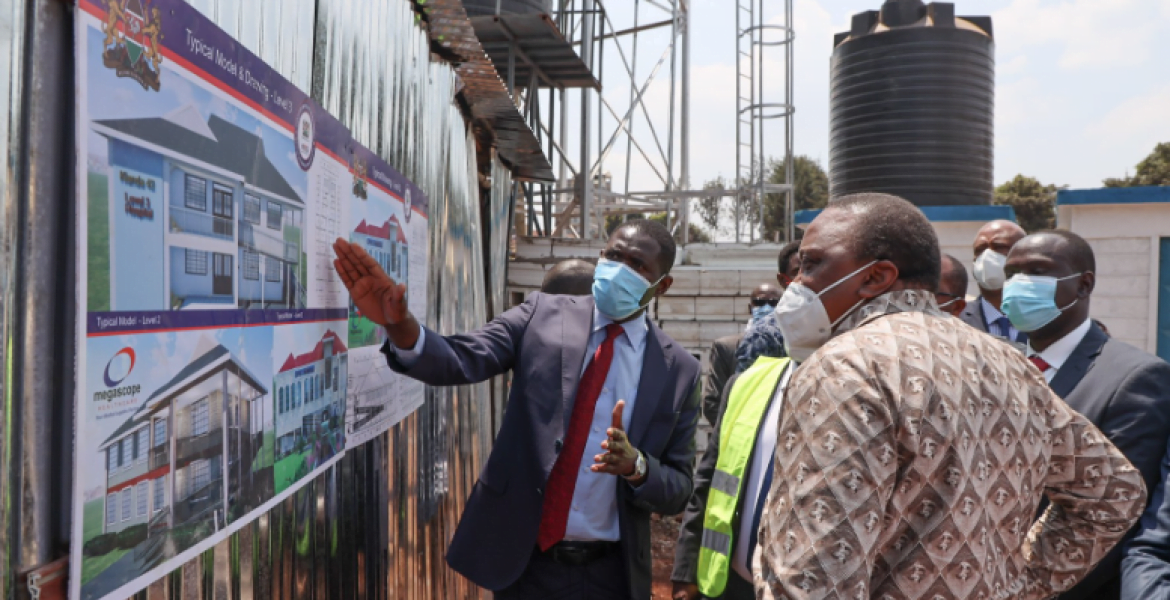 President Uhuru Kenyatta alongside KMPDU Secretary-General Dr Ouma Oluga during the commissioning of the project. [Zoomed down version of the image attached below] 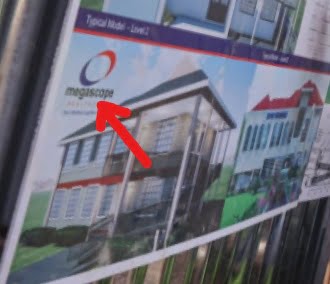 A quick search on the internet will show one that Megascope is owned by people very closely associated with President Uhuru Kenyata.

Megascope Healthcare chief executive Richard Ngatia is definitely a titan in the corridors of power.

He was elected president of the Kenya National Chamber of Commerce and Industry last year, a position that sees him influence trade policies as well as interact with Cabinet secretaries.

Ngatia is best known for his ownership of the Galileo Lounge in Nairobi, a premier entertainment joint on Waiyaki Way.

According to an article published by a popular local tabloid Kenyan Digest, which was among the first to expose the scandal back in April, those often seen in Ngatia’s company include tough Jubilee boss David Murathe, long-time Uhuru Kenyatta aide Njee Muturi, media personality Jeff Koinange among others like Cabinet Secretary Eugene Wamalwa and Uhuru Kenyatta’s private secretary Jomo Gecaga.

Transport CS James Macharia is also mentioned as a minor partner in Ngatia’s Megascope Healthcare and what remains unconfirmed is their personal involvement in this heist.

The European Union sent grants worth Sh7.5 billion, on to of another World Bank’s support of Sh6.8 billion.

Over Sh200 billion was ready in the fight against Corona, but how it has been used puts to question the government’s effort in both fights, fight against corruption and fight against the virus.

Mwangi was suspended alongside Charles Juma (Head of Procurement) and Eliud Mureithi (Commercial Director) to pave way for investigations.