The Auditor-General has revealed how cartels at the Cash-strapped National Oil Corporation of Kenya (Nock) looted more than Sh2.3 billion.

According to a report recently published by the Auditor General, NOCK officials Siphoned Sh2.3 billions in an insider scheme involving the diversion of fuel products and falsification of credit and delivery note. 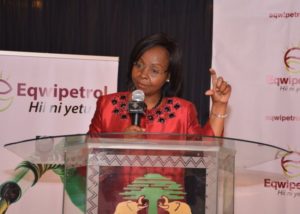 Auditor-General Nancy Gathungu says officials of the State-run agency failed to account for at least 2,280,017 litres of automotive oil (diesel) and 230,458 litres of petroleum motor spirit (super petrol) valued at an aggregate Sh2,270,336,000 based on the pump prices at the time of audit in December 2018.

The cartels took advantage of not only Nock’s poor leadership but also terrible mismanagement, weak record-keeping and order processing procedures to make a killing.

“In addition, instances of malpractices identified in the generation and processing of unauthorised credit notes, illegal diversion of product consignments, dispatches not supported by transporter documentation or not delivered to intended sites. In view of the foregoing malpractices and illegal diversion of product consignments, the accuracy of inventories could not be verified.” Auditor General Nancy Gathungu said in the corporation’s books of accounts for the year to June 2018.

The looting of already cash strapped National Oil Corporation was unearthed after the oil firm failed to reconcile variances in stocks amounting to Sh1.42 billion and Sh1.72bilion in the 2018 and 2017 financial years respectively.

Nock management, on their defence,  responded by saying they hired three top audit firms — KPMG limited, Ernest and Young and Geomatrix — to investigate the anomaly recorded between July 2017 and December 2018. But the firms were handed the same brief. 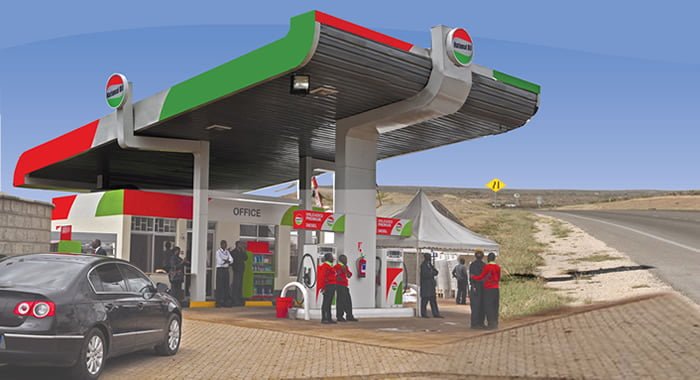 “The scope of investigations by the three firms is largely similar and run within the same period thereby casting doubt on the value for money,” Ms Gathungu pointed out.

According to interim reports by the three consultants, at least 280,017 litres of diesel and 230,458 litres of super petrol valued at Sh2,270,336,000 in aggregate based on the pump prices at the time of audit in December 2018 could not be accounted for.

As at June 2018, NOCK’s liabilities exceeded its current assets by Sh2.59 Billion.

“The management attributed Nock’s state of affairs to accumulated losses and reclassification of long-term loan as current liability in 2018. The change was made to conform to the loans covenant after the corporation’s current liabilities exceeded its current assets. This current state of affairs, along with other matters set forth in note 18 to the financial statements, indicates that a material uncertainty exists that may cast significant doubt on the corporation’s ability to continue as a going concern.” auditor General said.

In August, Nation Oil Corporation CEO Gideon Morintat told the Senate that KCB had, in a letter dated August 13, 2020, demanded full settlement of its loan in 30 days, failing which the bank would institute recovery measures.

This comes as the same corporation struggles with Stanbic Bank’s loan of Sh1,459,899,790. Even though the loan is in arrears, NOCK did not explain whether the lender had issued demand notices.

The Senate Committee on Energy has since directed the Auditor-General to conduct a forensic audit of the Sh5.3 billion loan that Nock borrowed from KCB and Stanbic Bank.

Documents tabled in Parliament show that the State agency’s losses will more than triple from the Sh300 million recorded the previous year to Sh1m44 billion lose for the year ended June 2020.

While National Oil Corporation wants the Treasury to urgently provide a Sh5.93 billion bailout, records indicate that its fuel sales declined to 124.8 million litres in the period under review, representing a 61.3 per cent of the 322.8 million litres a year earlier.

This site has been publishing multiple articles and in-depth exposes about the scandal-ridden NOCK.

HERE and many more.